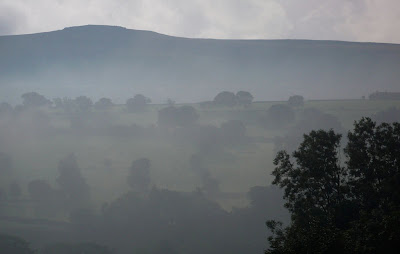 This time last week we were leaving the Dales and the landscape was draped in early morning mist. It always seems to look at it's most beautiful once I have packed up to go. The weather forecast had promised extremely bad weather to come and we thought it best to head back down south. It was a wise decision because by the following day stretches of road had become flooded and were closed off. We had enjoyed sunshine with showers during our stay, the only areas of flooded road being quite useful for washing the underneath of the car! 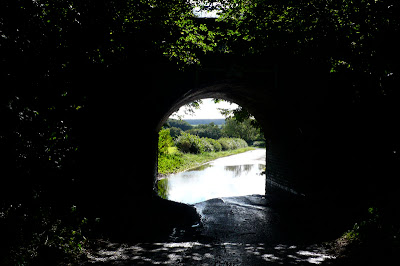 Many of the Dales are called after the rivers that run through them. 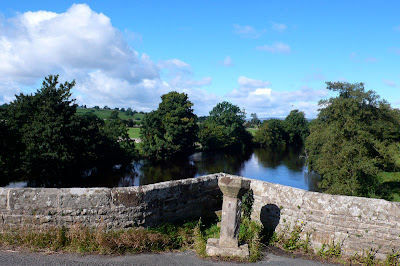 Some of the bridges are handsome old stone structures such as Ulshore Bridge over the River Ure, 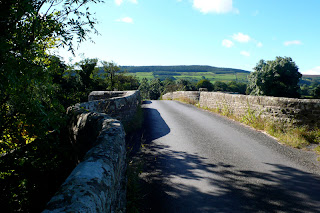 while others, over the many tributaries and streams, are altogether more humble. 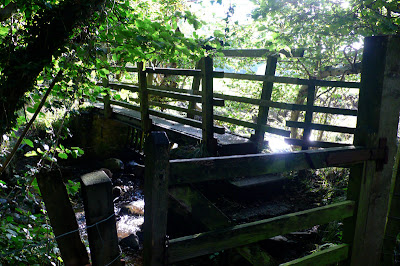 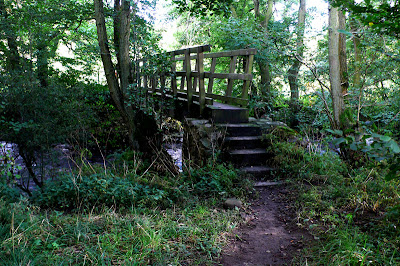 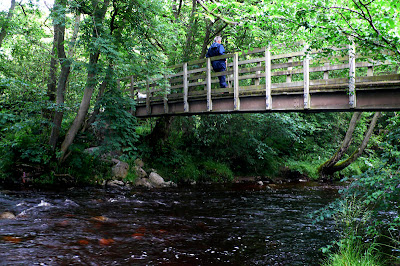 The water is stained brown from the peat in the surrounding moorland hills. 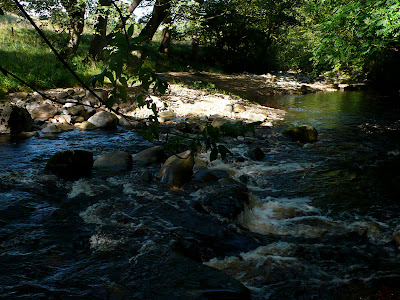 There is a beck, the word for stream in Yorkshire, beside our home and the sound of running water is a constant. 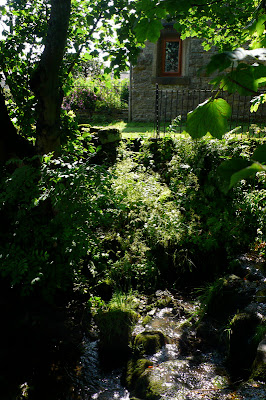 A little further up the beck there is a small waterfall. 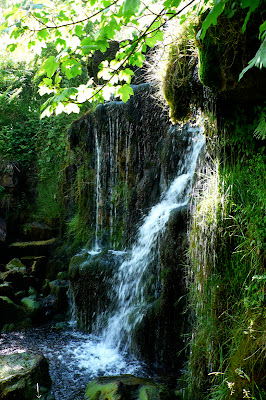 What's not to like?
Well, the journey back south was a bit grim! 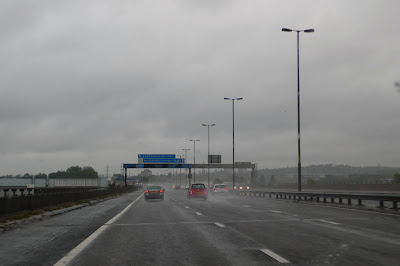