Awake in time for skywatch

I'm a lie-abed, especially in these cold and miserable winter months. But some mornings announce themselves with such a flourish that I have to be up and pointing my camera at the sky. It's almost a case of blink and you'll miss it, the colours change so rapidly and soon disappear.

But it's lovely while it lasts!

For Skywatch Friday.
Posted by Share my Garden at 08:59 14 comments: 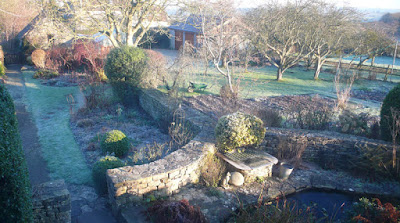 and it remains all day in the places where the sun doesn't reach.

Himself got out cutters and saws and erected the scaffolding tower so that we could prune the fruit trees. 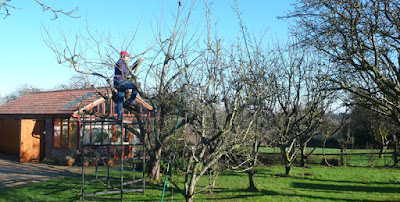 The tower is one of the handiest things that we have ever bought and it sees a considerable amount of action. When not in use it is easily disassembled and stored in one of the old dog pens.

It was cold work, even at midday with the sun shining.  A few primroses are flowering around Maisie's grave, it was her favourite place to sit while I worked in the garden - she always knew the sunniest spot! 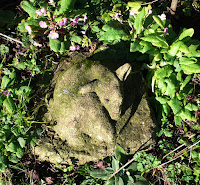 I've thrown some fleece over the citrus trees but I doubt that it will help much when the temperature outside is minus five. 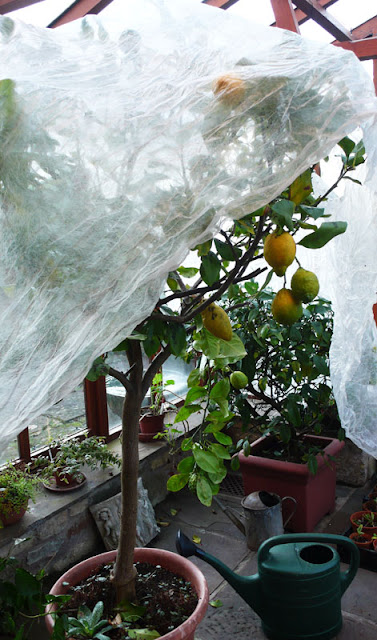 We took a short walk through the woods to warm ourselves up.

Hay had been put out for the deer herd.

It was lovely to be out but even lovelier to return to a warm house!
Wildside has asked about the duck that we ate  at Sally's farewell supper. It DIDN"T come from the lake! I bought it with the Christmas order from 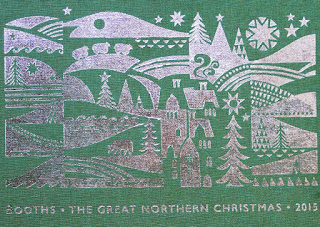 pricked it well all over, patted it dry, put it on a trivet to catch all the fat and bunged it in the oven. 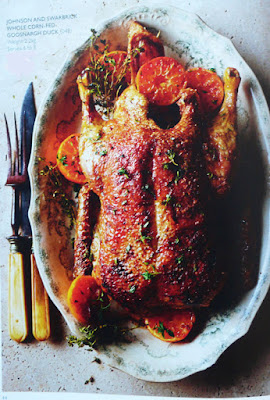 I served the duck with an orange sauce, having first cut it into six pieces with another satisfying piece of equipment, my poultry scissors.

I like these scissors for two reasons, they are comfortable in the hand and perform the task they were designed for with ease. But I also like them because they were originally a present from me to my father and they conjure up happy memories. When he retired my father started to cook and bake - and he was good! He was rather like a surgeon doing an operation, the rest of us did all the fetching and carrying and the tidying up - but no-one complained because the results were aways very tasty. He and Wee One worked together happily in my parents' kitchen, she would run back and forth to their big stone pantry to collect whatever was needed for the recipe. She learnt to be curious, carefree and inventive when cooking with her grandad and has grown up to be an excellent cook.
I love objects that hold precious memories.
Posted by Share my Garden at 03:29 18 comments:

As promised, yesterday was lovely, the sun shining all day, although with a bitter wind it offered no warmth. We wrapped up well and had a walk, the sun had thawed the frost just enough to have us slithering about in mud. In spite of that it was lovely to be out in bright light. In the afternoon I cooked, preparing a farewell supper for our neighbours who are moving to Devon, (taking their beautiful white kittens with them!) How I'm going to miss them all.
Six of us had a lovely evening, good company with lots of laughter and good-natured teasing, everything that I most enjoy. 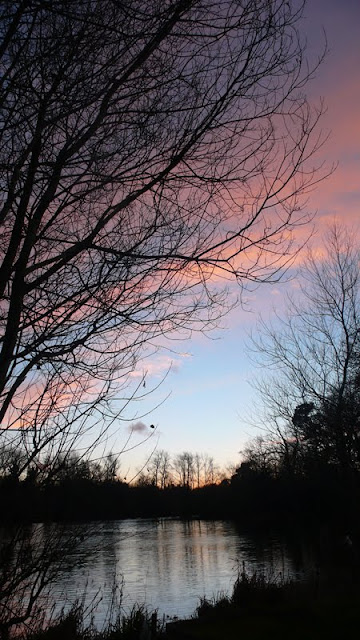 I cooked duck. "Got it from the lake?"Leander asked. 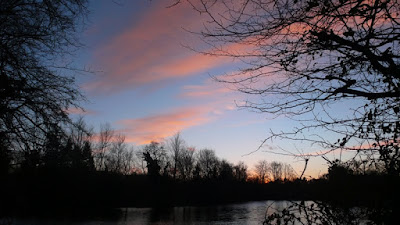 It was a cold, clear night 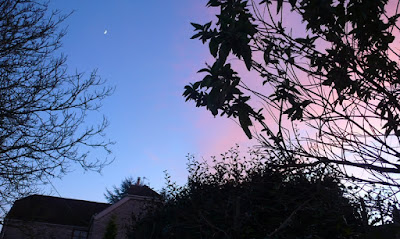 and at the end of the evening we lit some fireworks.

Friendship is to be celebrated.
Posted by Share my Garden at 10:03 13 comments:

A crisp, cold day and, at last, some sunshine. Hurrah, how it transforms everything - especially my mood!

for Skywatch Friday.
Posted by Share my Garden at 01:33 6 comments: 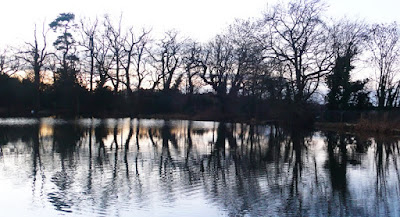 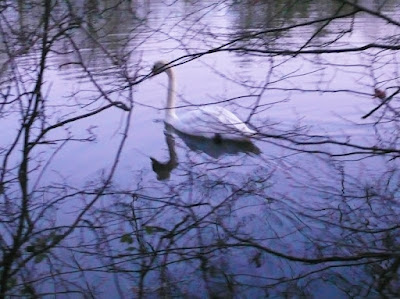 Sunset at the lake for Skywatch Friday.

The holiday is over

Things are slowly getting back to normal. When the decorations are first put up I think that our small house looks too cluttered but now that I am starting to take them down everything seems rather bare. I've removed the ornaments from the tree. You can see how spindly it is. 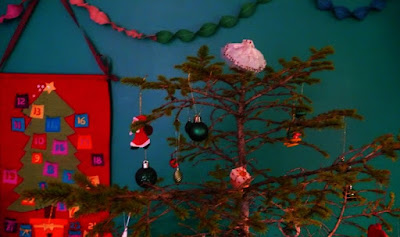 Now it's back in the garden. 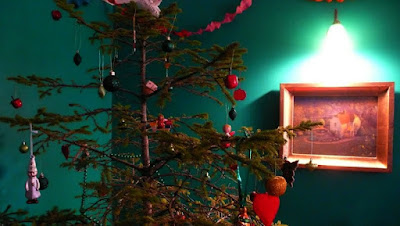 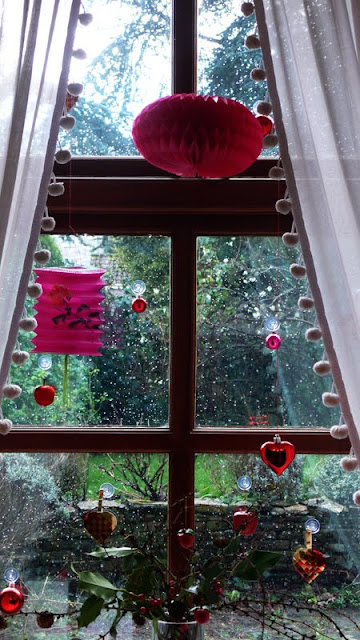 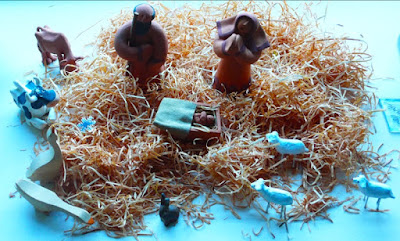 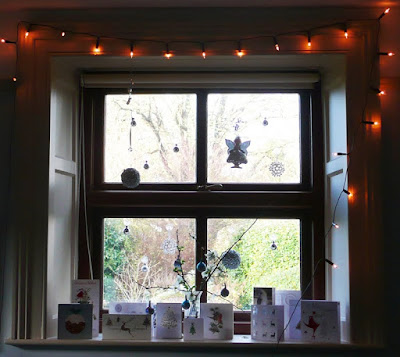 Some cards I put away carefully to keep. I look with incredulity at photos of children transformed in the space of a year into beautiful adults. Just a short while ago these three were cute little characters dressed up in antlers! 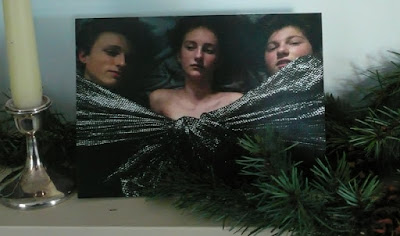 Some of my clan found the holiday very exhausting! 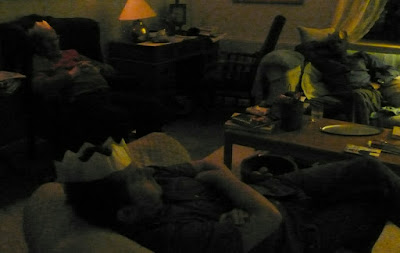 Please note, it's the males who are asleep.
(Still wearing their crowns!)
Posted by Share my Garden at 14:43 17 comments: