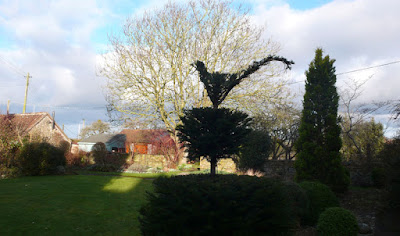 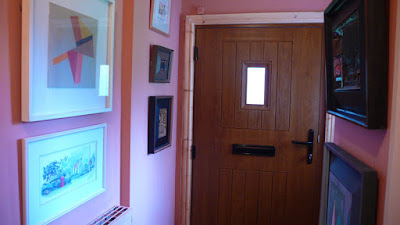 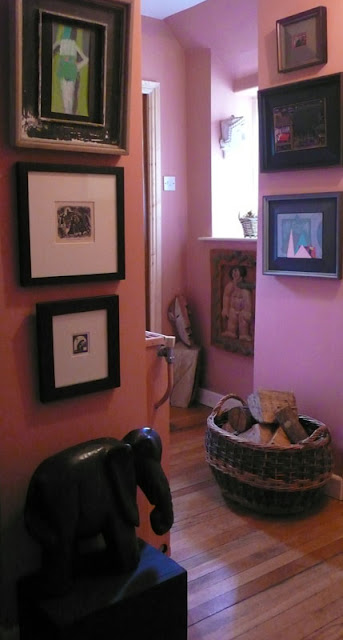 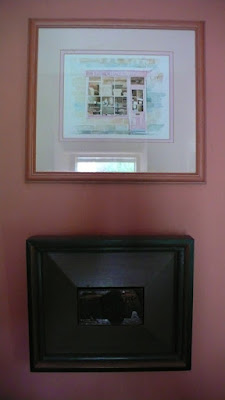 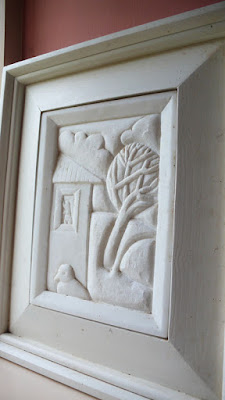 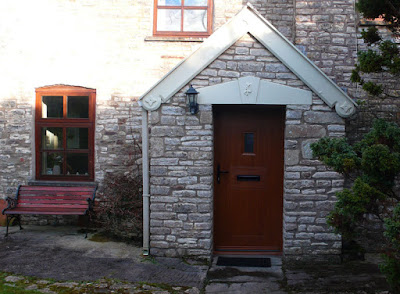 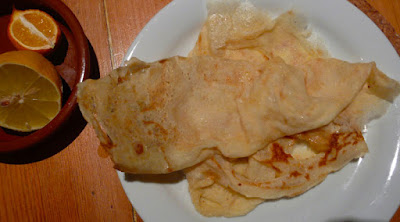 Keeping out the cold

We are getting through a lot of wood this winter. Our small woodburner is lit in the morning and by the time we flop down in the sitting room in the evening it has built up a luxurious level of heat . We had another delivery of logs this afternoon, I think it's the fourth truck load. 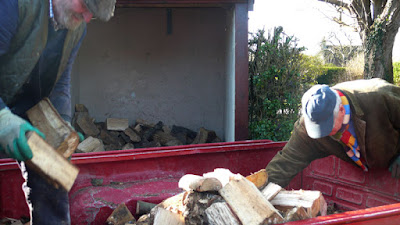 Himself helped the woodman to chuck the logs into the store. The sun was shining and the wind had dropped. A nice day, but you can see from the roof on the store that where the sun hadn't shone for long a dusting of snow remained. 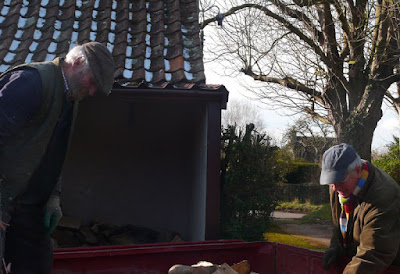 Himself was well wrapped up in his Rupert Bear scarf! 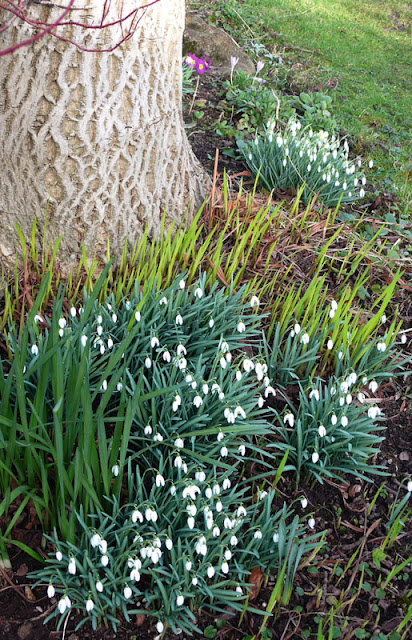 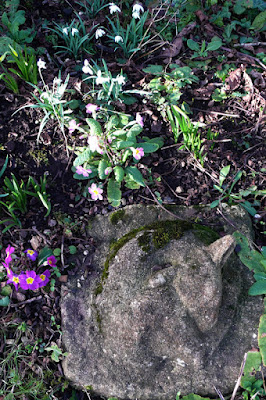 Even the rhubarb is pushing through. 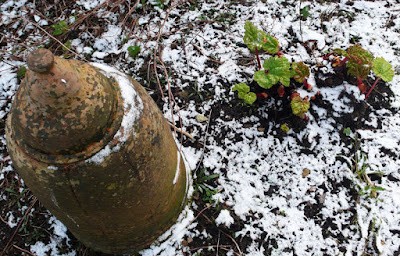 By 'eck, yon Yorkshire rhubarb's tough!
Posted by Share my Garden at 10:28 9 comments:

As well as a ridiculous amount of rain, we've also had some fierce winds over the last few weeks. No tree branches down in the garden this time, but the neighbour's chimneystack gets the brunt of the west winds and has become somewhat the worse for wear. They put scaffolding up on Wednesday while we enjoyed a rare sunny, dry day, but then the wind got up and it has been blowing merrily ever since. Very sensibly no-one has climbed up to do the necessary work. Perhaps next week! 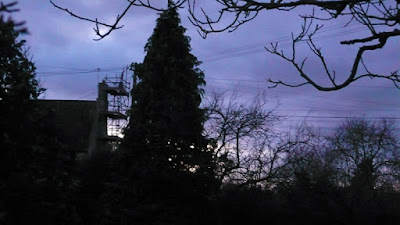 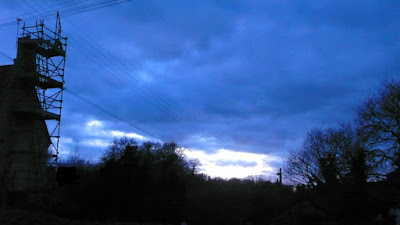 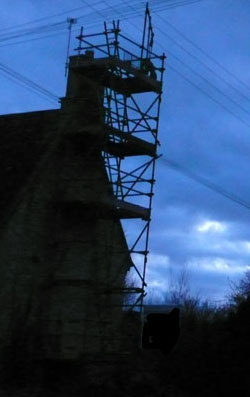