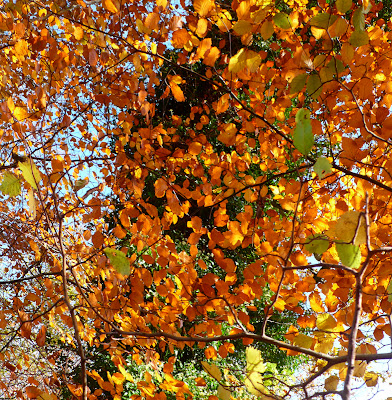 The Bournemouth Brigade came at the weekend and we had plenty to do. After Christmas Wee One is to be playing the cello at a wedding so she brought her chosen music home for us to listen to. 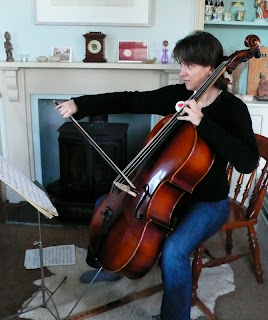 Then we had to consider the wedding outfit - a new dress needed! We downed tools and went shopping with specific requirements; a full skirt and ease of movement across the shoulders and in the sleeves. Wee One wasn't hopeful but her intrepid mother was sure that we would find something lovely. The males in our party were very well behaved (the coffee and cake shop helped).
We found the PERFECT dress at 'Deadly is the Female'. Can't show you because it is wrapped up for Christmas. That's another person ticked on my list.
Wee One bought a fabulous red net petticoat to go underneath. Bring back the fifties!
She's been busy with my old beads and buttons 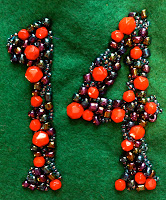 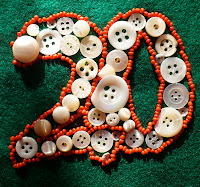 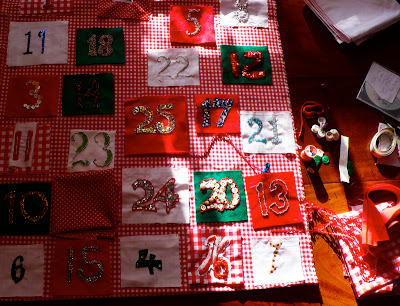 making an advent calendar, hopefully for this year! 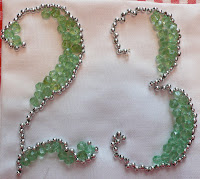 and into the woods to enjoy the remaining autumn colour. 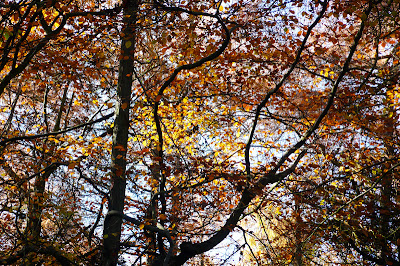 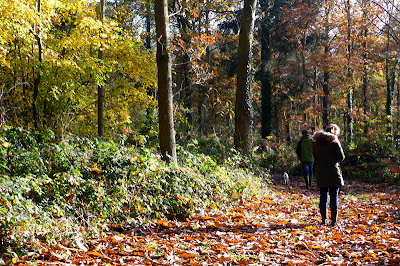 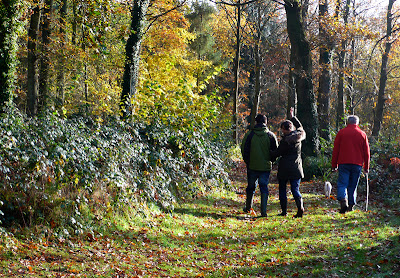 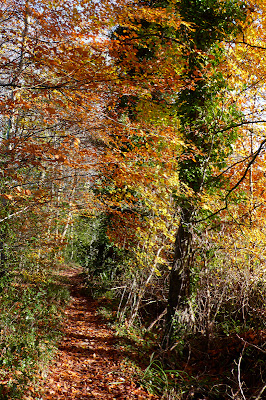 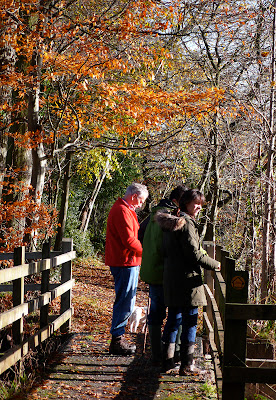 We spotted these large mistletoe balls high up in the trees. far too high to be raided for next month's decorations. 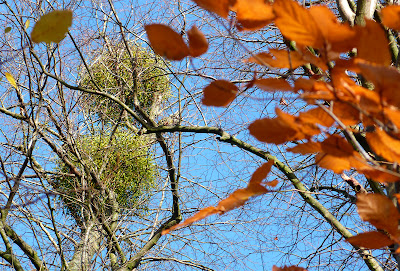 It was perfect weekend. 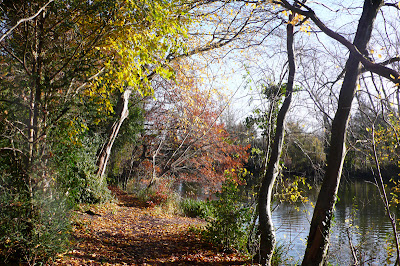 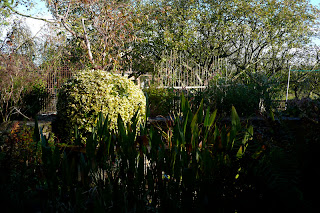 It's a bit 'back-endish' as they say up north. Summer (what summer?) is definitely over. 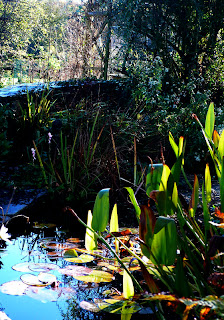 The garden is looking bedraggled. 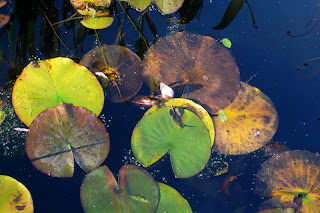 Flowers still bloom, but without much effect. 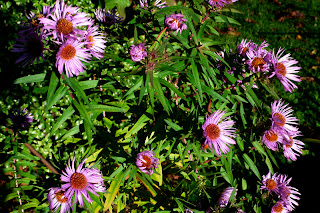 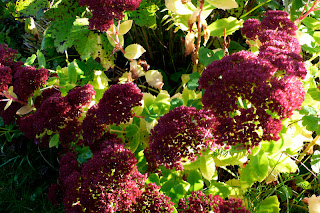 The nerines always look too exotic for late autumn flowering. 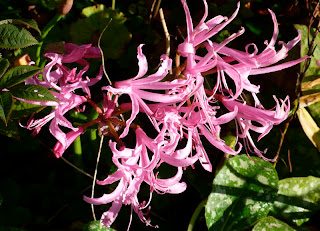 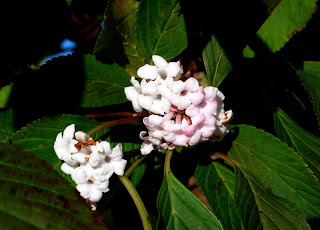 Cold weather has finished off the summer vegetables, so now we are starting on the parsnips and sprouts. 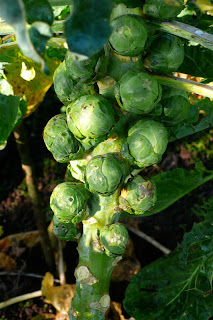 It is altogether nicer to be tucked up inside. 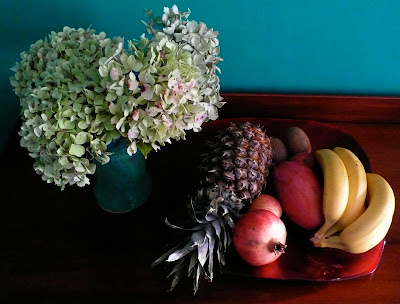 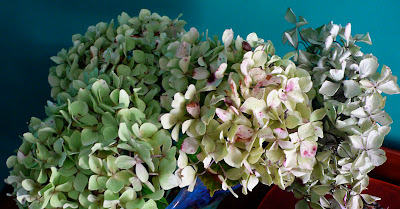 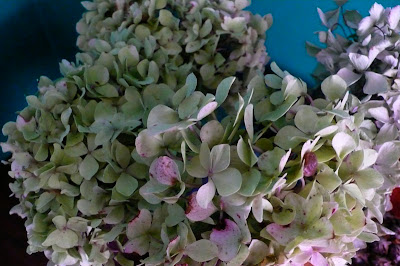 We've had a sociable week. The Young and Fit came, and we planned our next Awfully Big Adventure over tea and cake. (We are going to stay in La Habana Vieja - there will be dancing!)
The Writing Group came with fizz, flowers and lemon buns to celebrate Himself having won a short story prize. 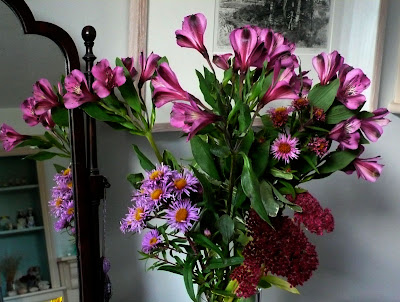 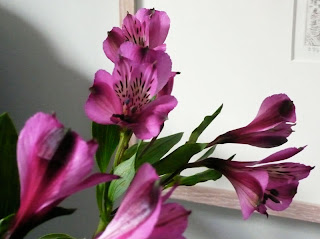 And our former neighbours, Kim and Andy came for supper and a lovely catch-up. Oh, they never should have moved! 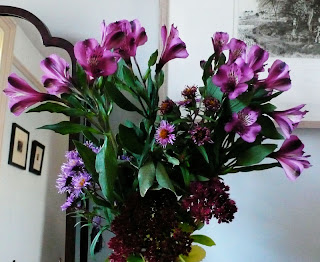 Flowers in the house for Jane at Small But Charming.
Posted by Share my Garden at 14:07 3 comments: