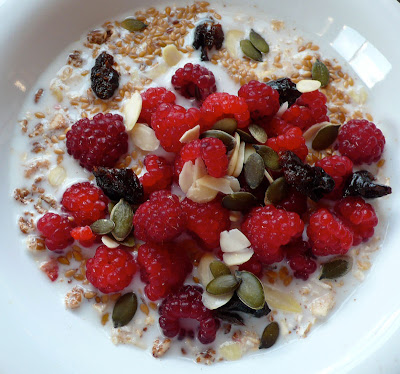 There is something to collect from the garden for every meal, a handful of autumn raspberries to have with breakfast and a selection of greens to make a salad for lunch. But look how small the beetroot are! This year has been the poorest that I have ever known for many of the crops.  We have almost no apples or plums, such a contrast to last year when the plum branches broke under the weight of fruit. 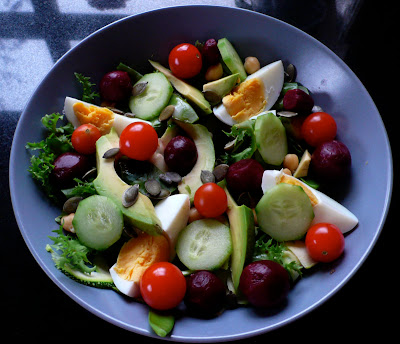 The greenhouse tomatoes have done well

and the climbing hoya is having a second flush of blooms. 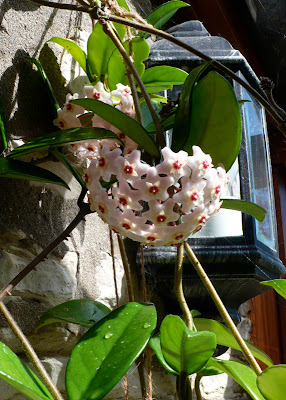 I have read that it was a popular flower to wear in buttonholes in Victorian times but it produces such sticky droplets of nectar that it must have made for rather messy lapels! 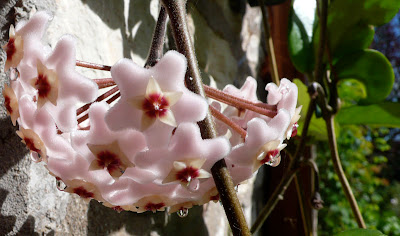 We are enjoying the greenhouse while we can. 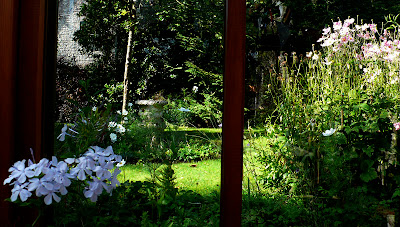 The insects are out, enjoying the late sunshine. They have had a poor time of it with all the rain. One of the bee colonies in the orchard has been demolished by wasps. The other hives are alright but have made little honey, most of it they have needed for themselves. 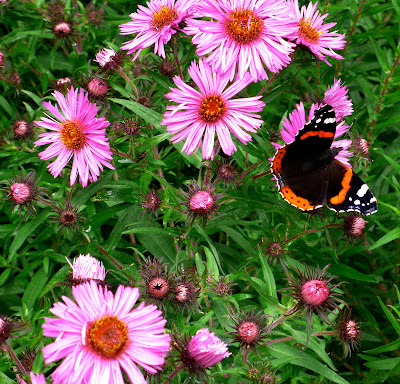 So it's slim pickings for everyone!
Posted by Share my Garden at 15:09