Where is the place? 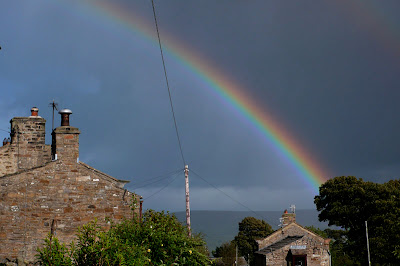 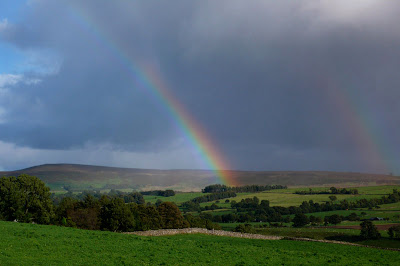 We have been in Yorkshire for a week or so, with sunshine and showers and some very fine rainbows. 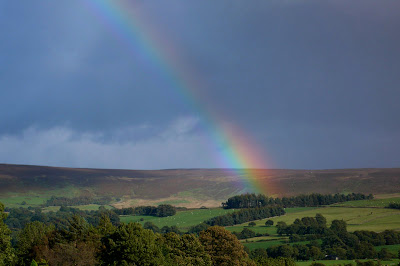 This pathway by the beck is next to our small Yorkshire home. 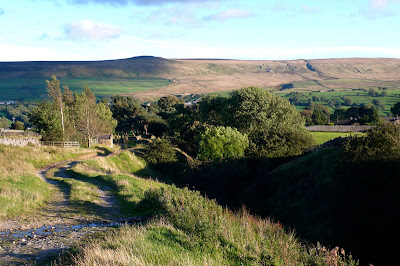 From our kitchen window we look across the dale to the crag, shadowed in the morning light 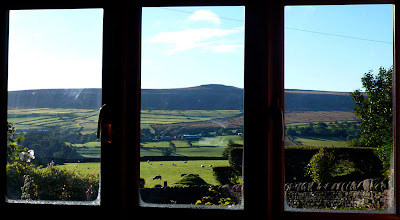 or bathed in sunshine in the early evening. 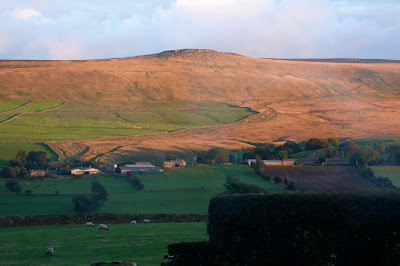 After  a cold night the dale bottom can be shrouded in mist. 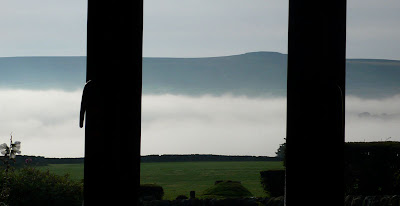 I think that it is beautiful whatever the weather. 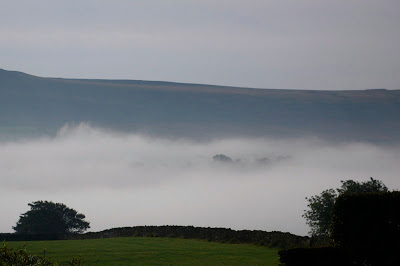 What I want to Say.

I want to tell you
about the moorland paths
I've walked for half a century and more
always and never alone here
in this upland space
walking with ghosts
of family and friends.
The silvered grit remains, crisp underfoot,
the close-cropped turf,
heather and hills as far as I can see.
The beauty overwhelms me.

How to say it
so that you understand? 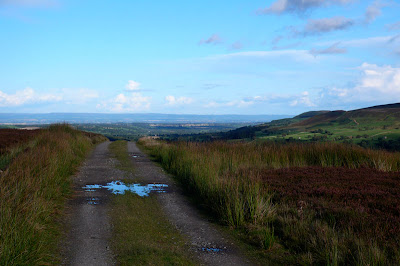 The discovery of a skeleton found underneath a car park in Leicester has been reported on the news. It is thought to be the remains of 'Crook-back', King Richard the Third. He spent his childhood in a far more imposing place, at Middleham Castle, just down the dale. 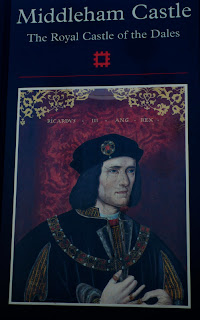 The first castle was a Norman motte and bailey, built around 1086. The present castle was begun in the mid twelfth century and in the fifteenth century was a stronghold of the Nevilles, Earls of Warwick and the home of the Kingmaker, Richard of Warwick. Richard the Third, as the then Duke of Gloucester, spent his childhood at the castle and hunted in the dale, which in those days was densely forested. 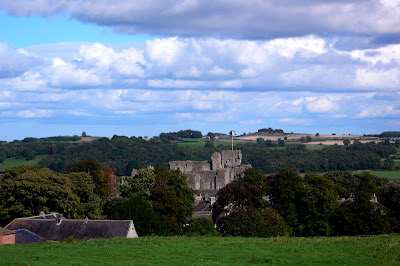 The castle was dismantled after Richard's death, but the ruins still dominate the small town. 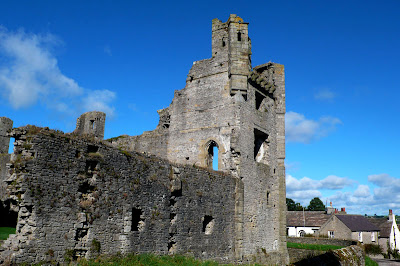 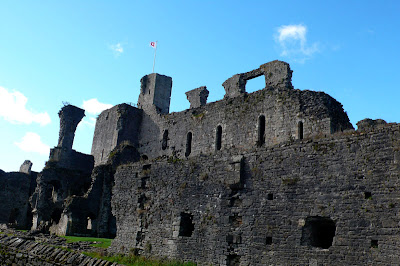 Today Middleham is best known for it's stables 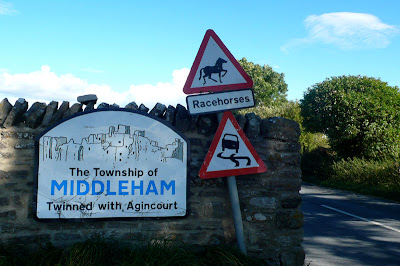 where racehorses are king. 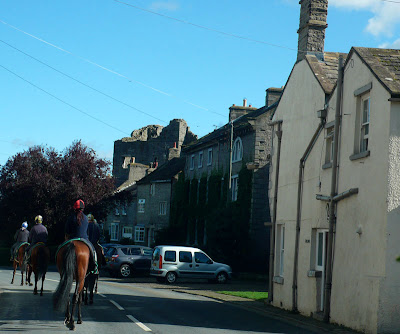