We are having beautifully calm and sunny autumn weather, its described as an 'Indian Summer'. I love days like these. 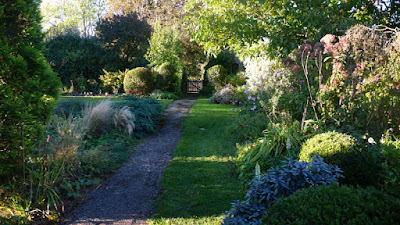 I'm tackling the front border. It is in such a chaotic state that its easy to be ruthless. Once I've dug out the overgrown planting and cleared the soil I barrel in some soil improver from the dumpy bag I bought last week. It smells great! (Peasant - moi?) 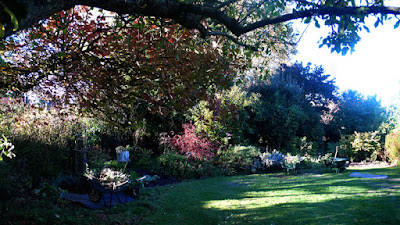 Its good to have a reason to be out of doors. Its warm in the sun, but the shadows are cool and it quickly becomes cold as the sun sinks. 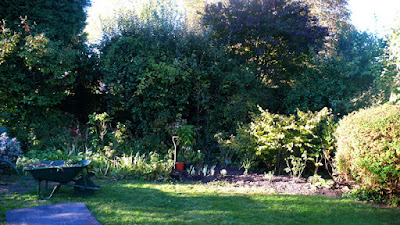 The fir tree in the middle of the picture self-seeded into the area of gravel garden and I like the height that it creates. 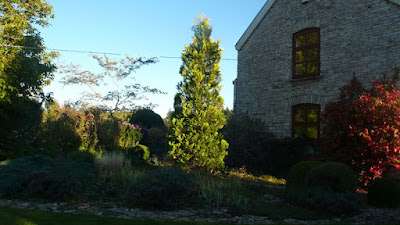 The parent plant grows on the boundary of our garden with the road and is HUGE. 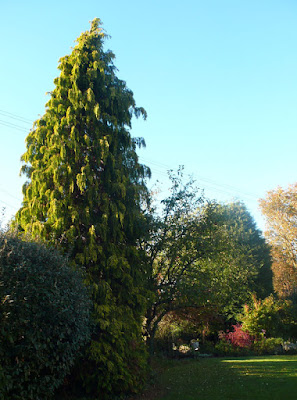 I know that we are going to have to remove the self-seeded one before it becomes a problem. In our previous home a large blue cedar caused cracks to appear in our sitting room wall and we don't want to repeat that particular problem! 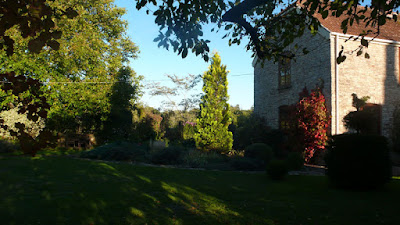 It looks far enough away from the building at the moment, but we have to imagine how far the roots might be spreading. 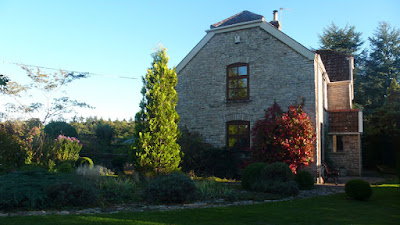