I've been rummaging about in my workroom searching for some reference material. The room is such a tip that I couldn't find what I was looking for but I came up with lots of other things that I hadn't seen for a while, including these photographs of the garden at our previous house. I never planned to leave this space, where we had lived so happily and brought up our daughters, but bounderies were changed and the orchard and fields beyond our garden were sold for development. We moved house in the springtime with the garden looking beautiful. Just a couple of years later it had gone and four large houses now occupy the space that I loved so much. 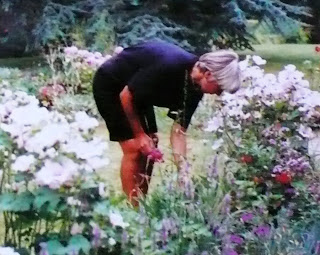 One year Himself dug a pond as a present for my birthday. 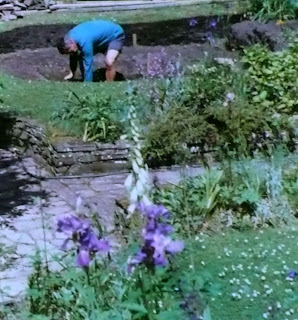 It even had a jetty! 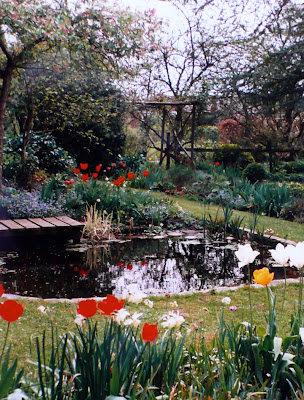 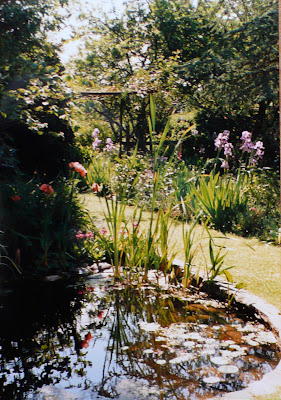 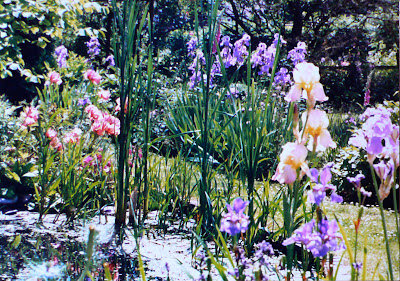 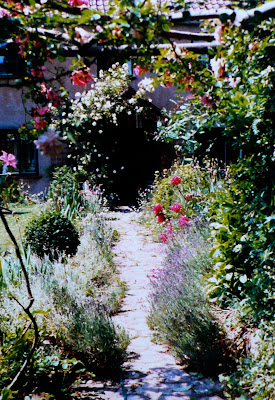 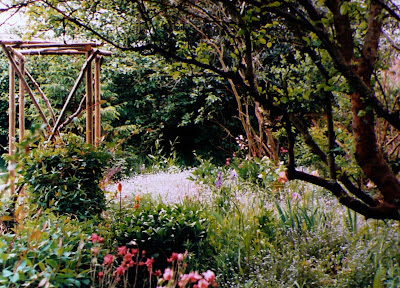 It was a luscious, undisciplined, cottage garden, very private and quite magical. A tree-covered copse to the north sheltered the whole area 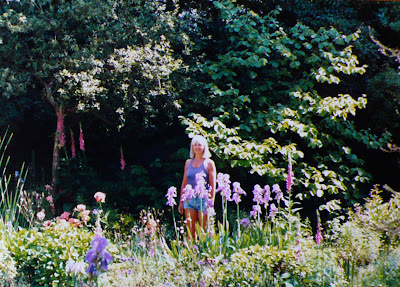 making it wonderful for growing fruit and veg. 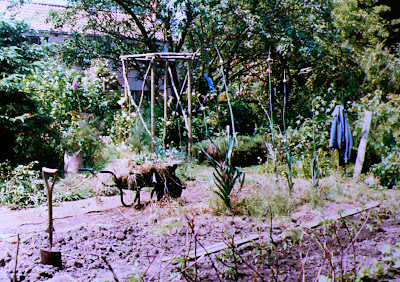 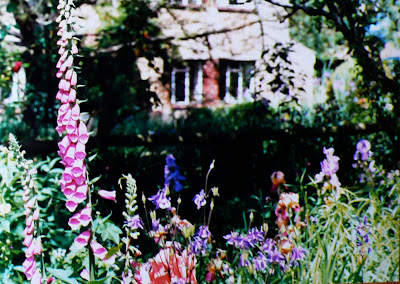 The garden was the source for us both of  many prints, paintings and carvings and the space was a delight for all the family. 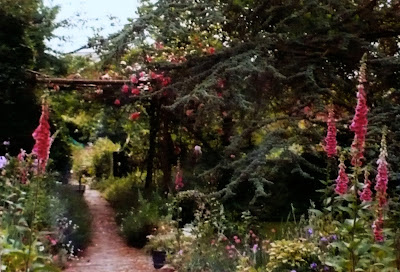 Today we are going to the funeral of the children's writer Dick King-Smith. He and Zona would look after our fox-terriers, Bella and then Maisie if we were flying off on holiday from Bristol airport and had to leave them behind. When I collected my dog on the first occasion she was somewhat plumper than when I had left her. Dick said very proudly that he had taught her to sit up and offer her paw. I was suitably impressed. How had he trained her so quickly?
"With digestive biscuits" he said.
Well, really! Had I been prepared to feed my dog sweet biscuits I think that I could have had her standing on her head and reciting poetry in no time!
A few years ago a new children's hospice was built for the terminally ill in the South-West and the fund-raising theme was 'Babe', the title of the film based on Dick's book, 'The sheep-Pig.' Dick commissioned Himself to make a carving of his story to give to the hospice.
Showing Dick the piece of wood chosen for his commission. 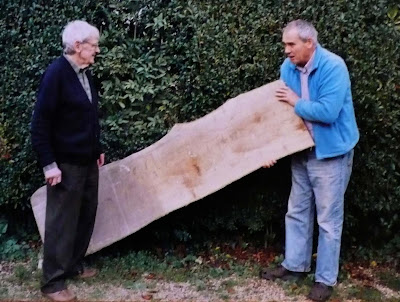 Himself polishing the coloured carving in his studio. 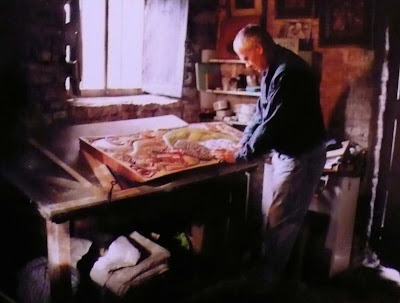 The finished carving was hung low down on  a wall in the hospice so that the children could touch it and search for all the little details from Dick's story.