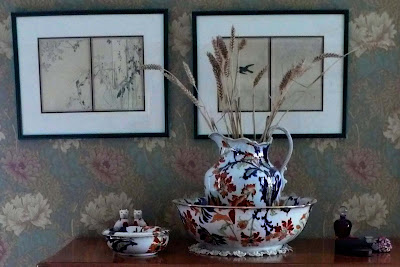 We bought this pair of Japanese woodblock prints when we were living in an old farmhouse with a rather magical, ramshackle garden. To the north of the house there was a rise of ground planted with mature trees that gave shelter to the rest of the garden. Birds flew low past our windows and the woodblocks, from a far country and another century, accurately depicted the space around us. 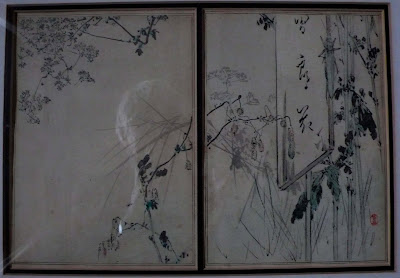 These are not very good photographs, as my reflection in the glass interferes with the image. The woodblocks are handprinted by Watanabe Seitei (1851-1919) and are dated around 1890. The undergrowth in the blackbird print is especially delicate, and the juxtaposition of the black shape of the bird and the red maker's mark is very pleasing. 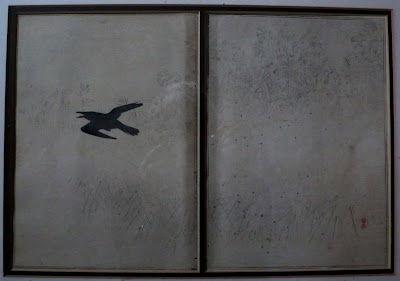 Himself made this carving as a response to the print. It hangs on the landing and he's not allowed to sell it! 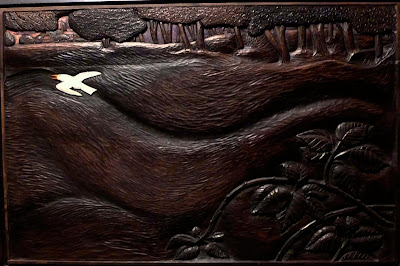 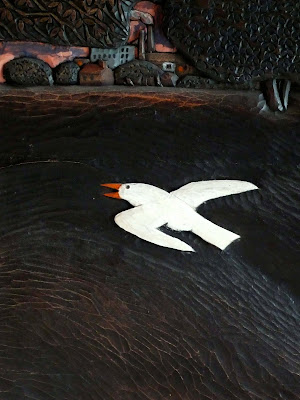