A murder has been committed just outside my kitchen window. A sparrow hawk brought down a plump pigeon, as large as itself, and jumped repeatedly on the body with its sharp claws until all fluttering ceased. After finishing the deed with its beak, causing feathers to fly, the hawk picked up its victim and flew effortlessly away.

Inspector Maisie went out to view the scene of the crime. 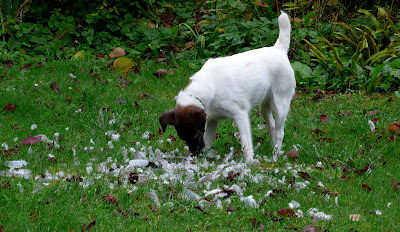 Then she retreated to the safety of her basket, concerned that I might think her the guilty party. (It has been known!) 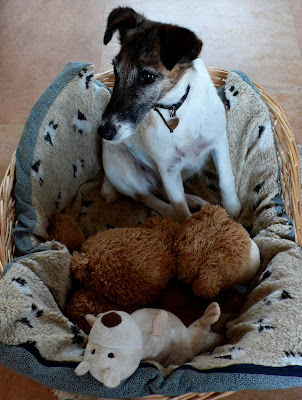