In this household it's more a case of old dog old tricks. I'm doing things that used to be part of my regular schedule many years ago. Yesterday involved, among other things, making yogurt, kneading four loaves of rye bread and cutting my husband's hair. (There isn't as much to cut as there used to be!) I used to cut all the family's hair until the girls rebelled  and then Marcia, a professional, someone who actually knew what she was doing, came to the house and sorted us out. In the summer months we sat outside while she cut and I painted this picture of her dealing with Wee One's  tangled hair. 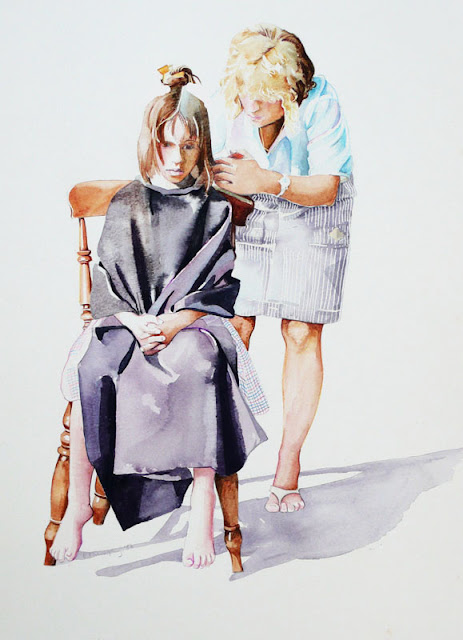 Yesterday was a lovely day and Himself sat outside on a chair while I worked my magic with a pair of craft scissors. (Magic -ha ha! He has offered to cut mine but I've declined. Revenge?) We look a pair of old scruffs; he has been up the scaffolding tower replacing fogged double glazed window units followed by the ongoing task of lopping the tree tops. 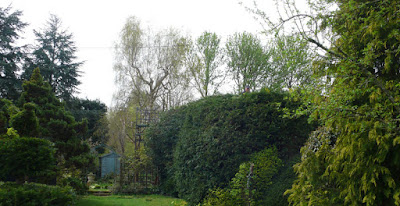 Cutting the conifers clear of the telegraph wires. 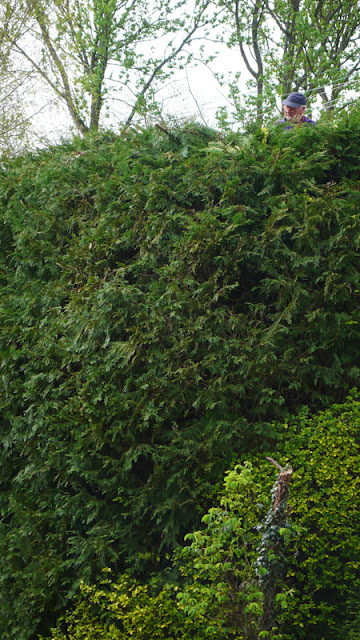 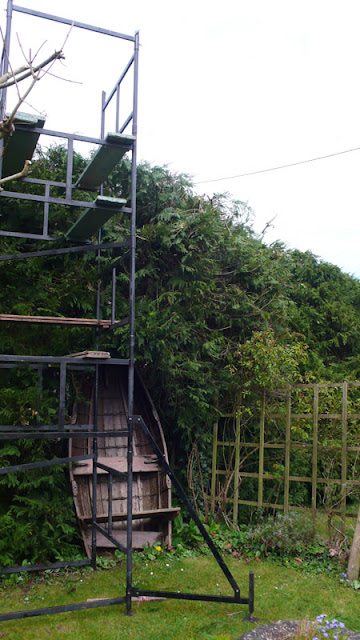 I've been getting the vegetable plots ready for planting out. We slump in the greenhouse every now and then for a bit of a breather. 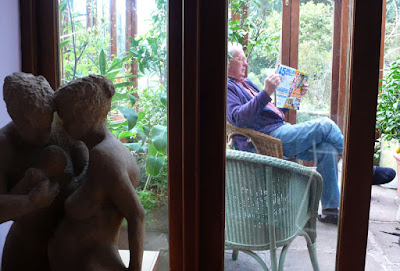 I'm still waiting for my seed potato order to arrive. It's many weeks overdue and by the time they are chitted it will be so far into the season that I don't know whether they'll be worth planting. But it's a hopeful scene in the garden, a lovely time of year, with the patches of bare earth holding the promise of tasty crops to come. We are aware that we are so very lucky to have the space of our garden to move around in and enjoy. 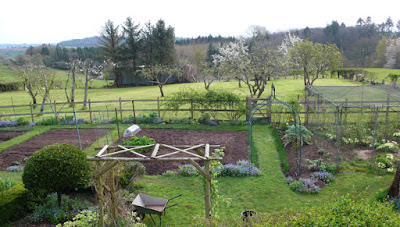 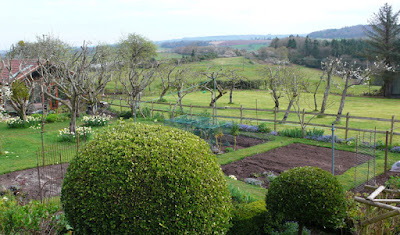 We are still unable to get any food delivery to the house in spite of a phone call from Sainsburys  at the weekend to say that we are eligible and on their list for a weekly delivery. Meanwhile the chest freezer is emptying nicely!
I hope, Dear Bloggers, that you are keeping safe and well.
Posted by Share my Garden at 02:30