Yesterday we had a bit of British Bank Holiday weather - well, we had rather a lot of it actually.
Pouring rain! (Probably because we had put out all the garden furniture.) 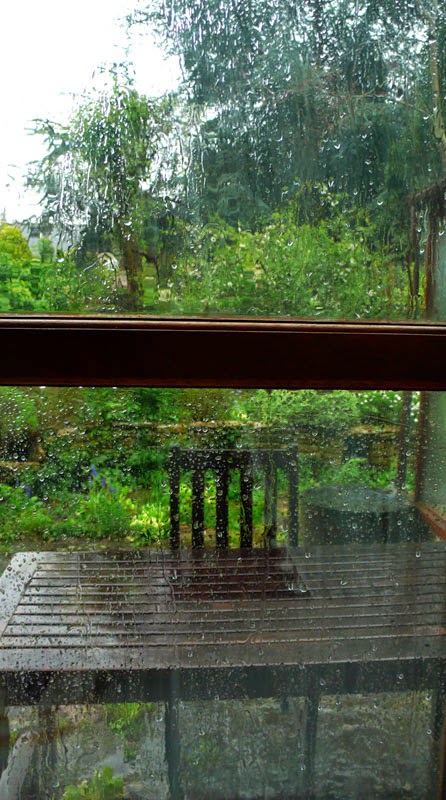 Not that I'm complaining because it filled all the butts and water barrels, cleared a thick film of dust from the Sahara that had settled on the solar panels and watered the garden very thoroughly.
Earlier in the week Himself had dismantled the garden seat because  it is in need of repair. It's an old clinker-built rowing boat that had been used by the water bailiff who lived in the house across the road. The boat had been discarded and left to rot in a pile of brambles by the lake until, for the price of a donation to the local hospice, we 'rescued' it. 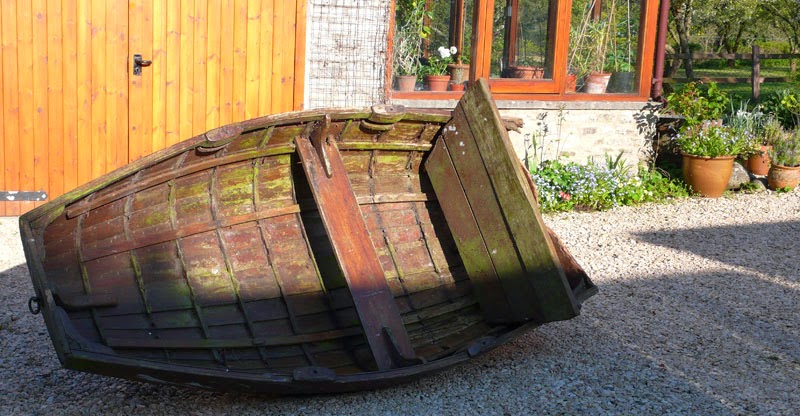 It is in need, once again, of quite a bit of repair. Himself better make a good job of it in case we have to row to higher ground! 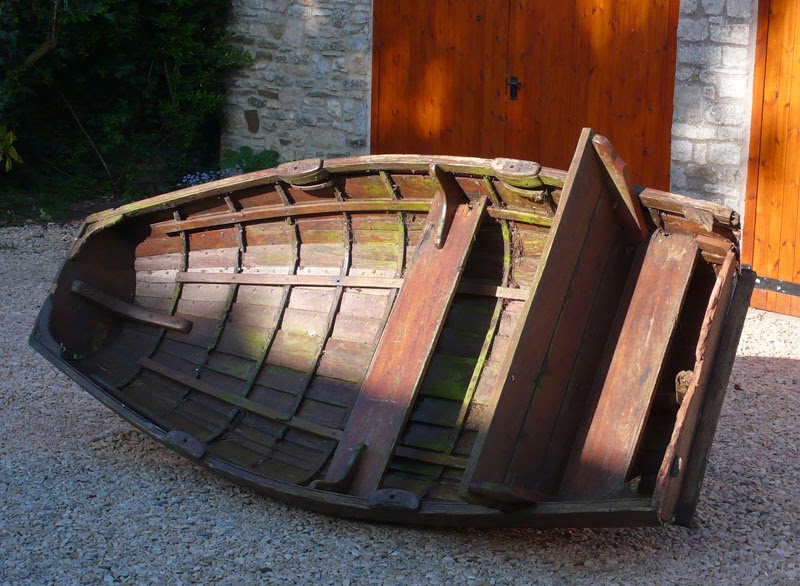 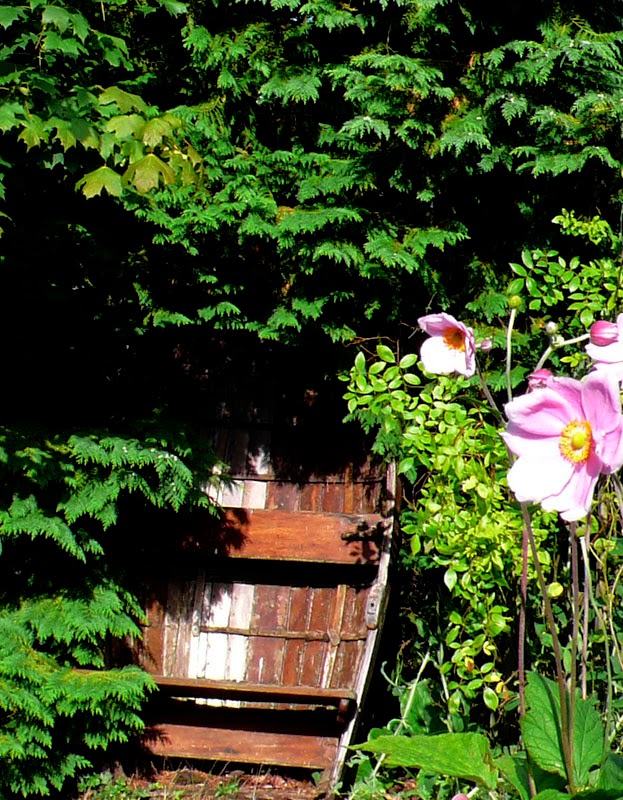