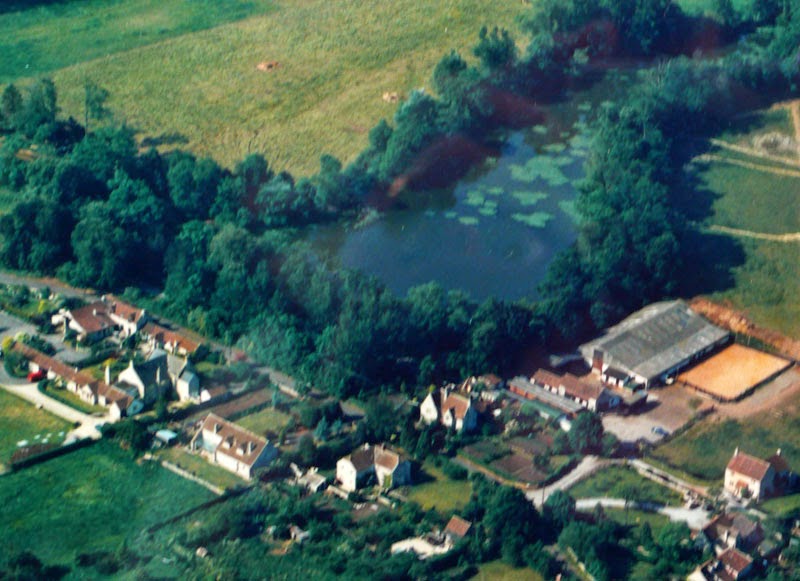 Here's an old photo that shows the position of the lake in our hamlet. It is small and would be described as a pond in America!  It was created in the Middle Ages by monks as a fish pond, when fish was an important source of food. When we first moved here the water bailiff, an old man, was still living in the tenanted house that abuts the water. I've marked his home with a red dot in the picture below and our home in blue.  The whole community was owned by and worked for the 'big house',  which is now a hotel. Fred, the water bailiff, was a cantankerous man by all accounts. He had fallen out with his next door neighbours and refused to speak with them, which was quite something given that their houses were semi-detached and they lived in such close proximity to each other! 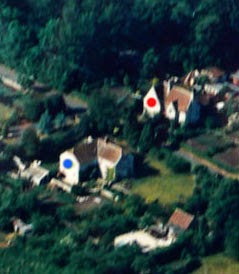 Now most of the houses are privately owned and the lake is run by a fishing club. We walked beside it today in the cold and damp 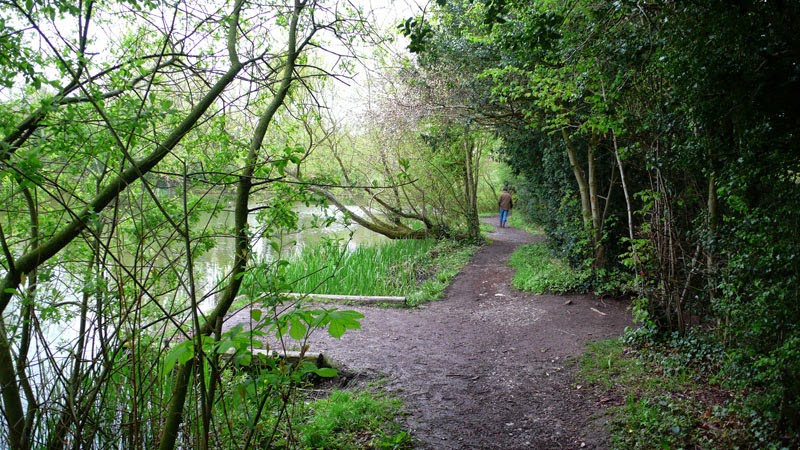 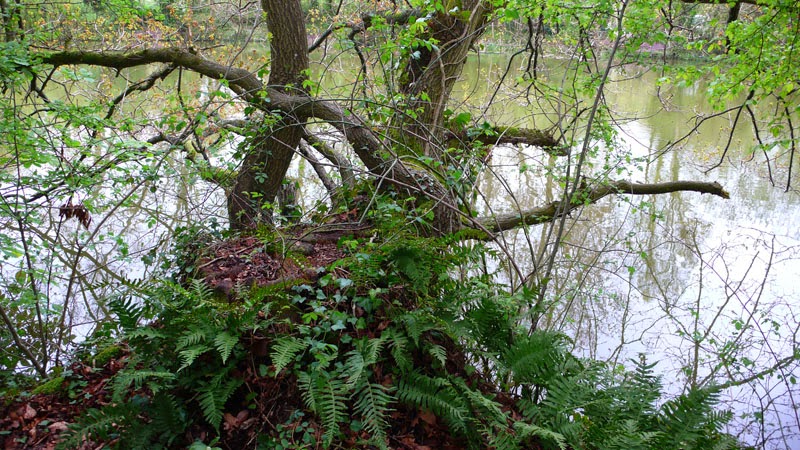 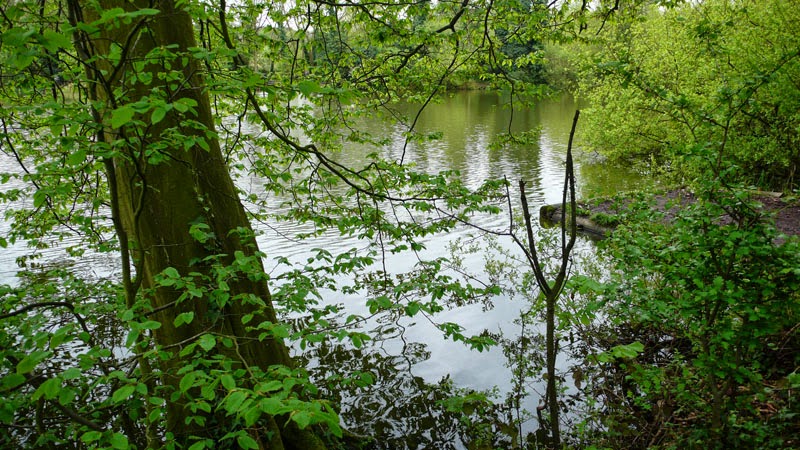 on our way to the woods to see if the rainfall had brought the bluebells out. 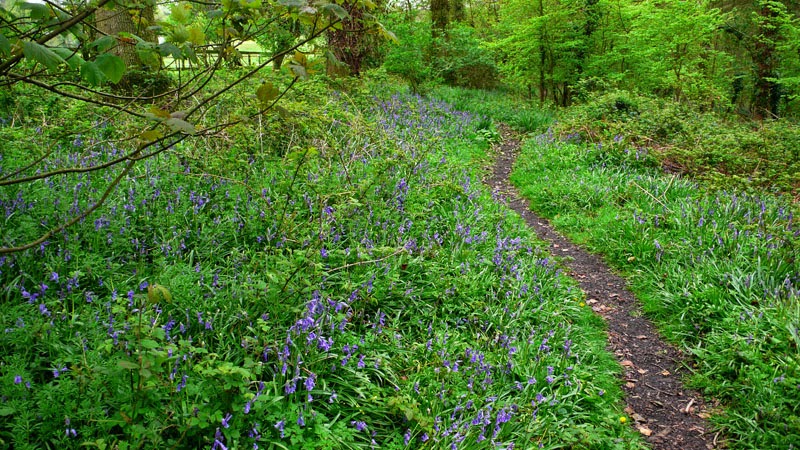 It's a wonderful time of year to be in the woods, the fresh, new growth is soft and bright, the pathways are snag free, clear of summer brambles and the bluebells, fleetingly, cast a haze of colour. 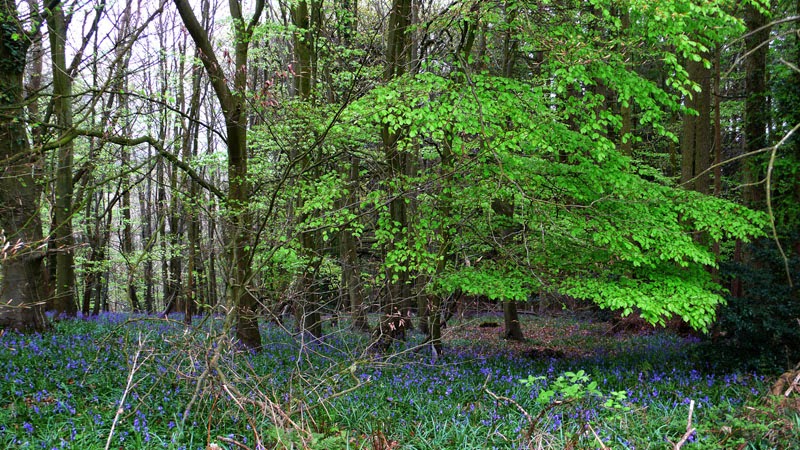 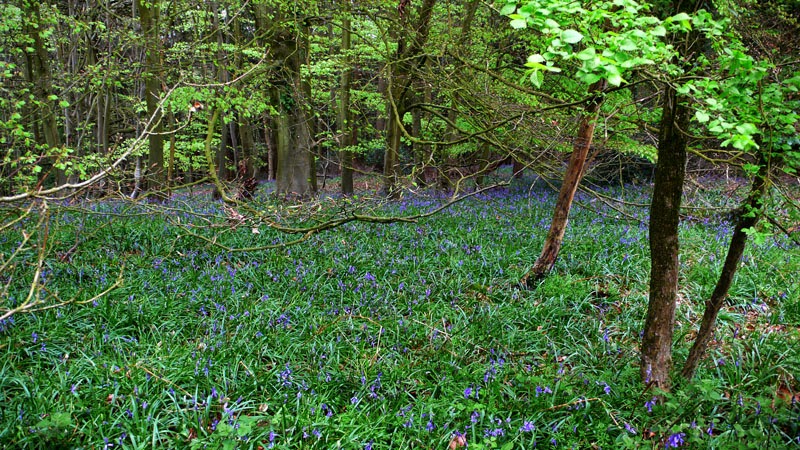 And if the sun were to shine we could enjoy the most delicate perfume! 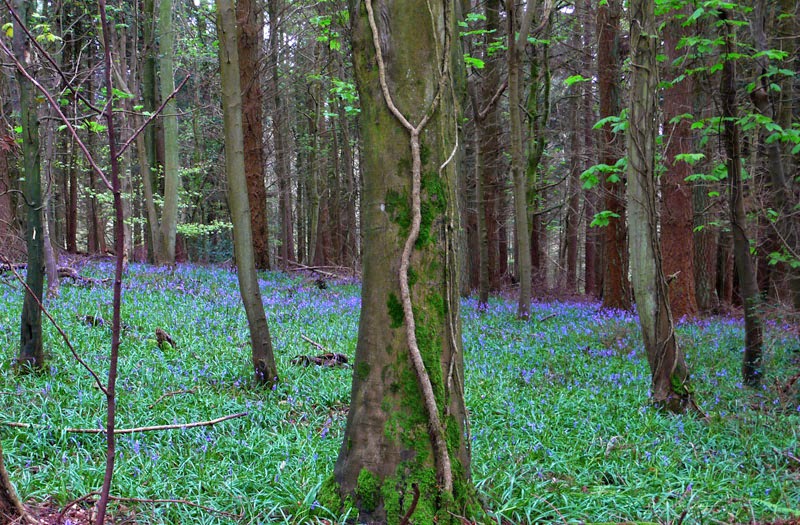