Oxford, the Ashmolean and the Botanic Garden. 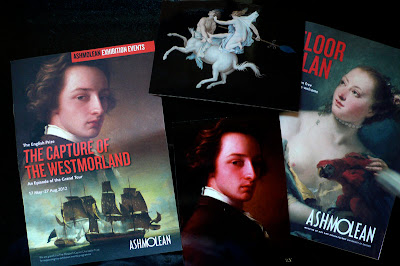 In July we went to Oxford because a friend was giving a talk at the Ashmolean relating to a current exhibition, 'The Capture of the Westmorland'. He is an historian and authority on the history of the Arundell family of Wardour Castle.

At midday on the seventh of January 1779 the British ship, 'Westmorland' was captured by French warships off the Spanish coast. The cargo was the luggage that travellers had acquired on the Grand Tour; a hodge-podge of goods, varying from prints, paintings and carvings to barrels of anchovies and large parmesan cheeses. The exhibition is fascinating, not so much for the quality of the work on display but for the insight that it gives into a specific moment in history. The goods were sold, some to Catherine the Great, and these remain in the Hermitage. Most of the remainder was bought by the King of Spain for the new Real Academia in Madrid. The only item to be returned to Britain was a group of saint's relics, as these were not considered to be spoils of war by Catholic Spain.

When preparing the exhibition the museum did not know the whereabouts of the relics until some detective work and careful research by our friend found them to be where always intended, in the chapel of the Catholic Arundell family at Wardour. 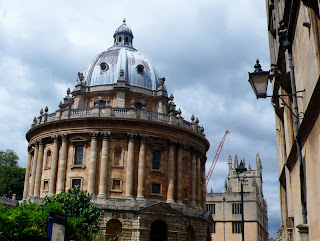 Last time we were in Oxford it was bitterly cold and we spent most of our time indoors. In the covered market you may recall that I photographed this building as a cake! 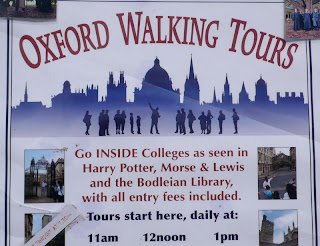 The streets were busy with tourists and summer students. We avoided the walking tours and headed towards Rose Lane and the Botanic Gardens. 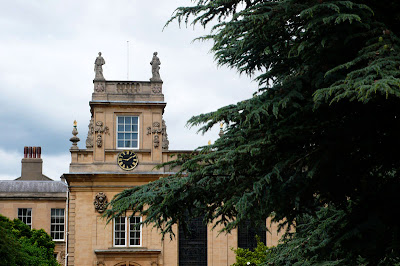 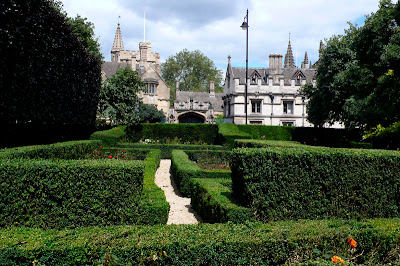 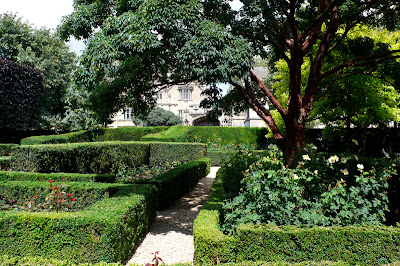 The University of Oxford Botanic Garden was founded in 1621 and was the first botanic garden in Britain to grow plants for medical students. Almost half the prescribed medicines that we use today come from or were inspired by plants. 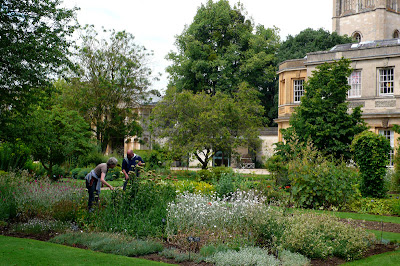 It was quiet and serene in the garden, several gardeners were working on the beds. The borders were very well staked, something that I always intend to do and never get round to actually doing. I studied their handiwork, cages of fine intertwined twigs and was given the good advice of using birch twigs as they are strong but also very pliable. Remind me next spring to put this advice into action!

There was a bit of messing about in the pond - it looked good fun! 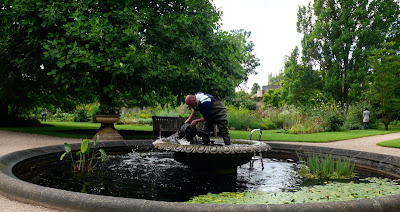 The gardens abutt the River Cherwell. 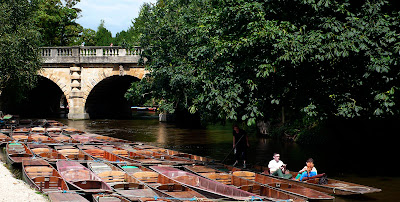 I've punted along here on a number of occasions. 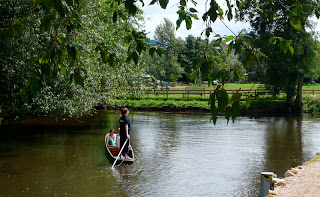 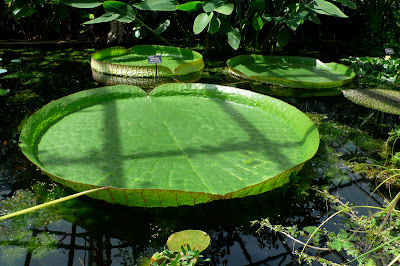 I LOVE the lily house. 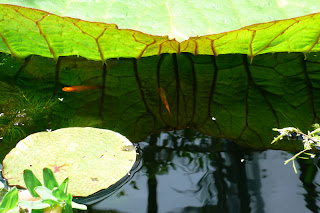 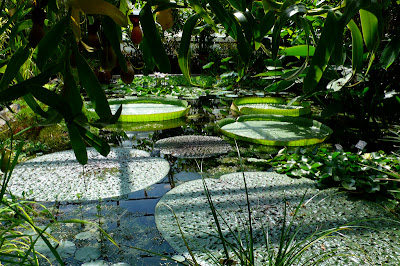 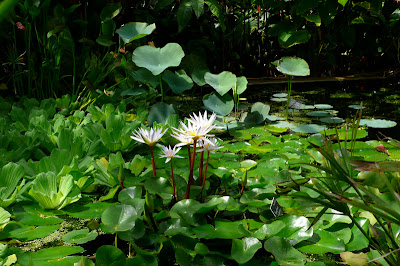 In the palm house 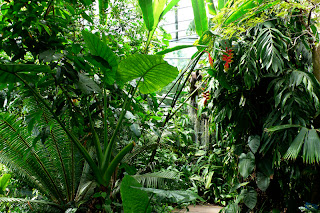 there were some lovely flowers 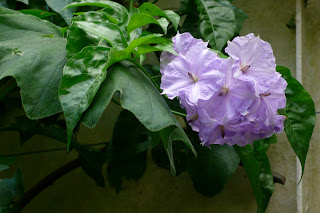 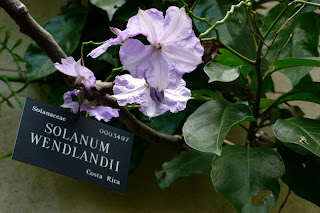 which is what I like about a botanic garden. 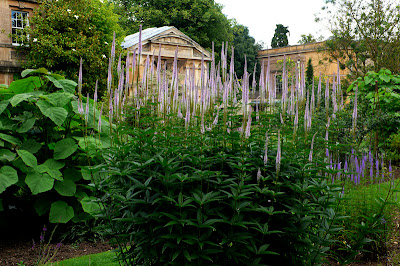 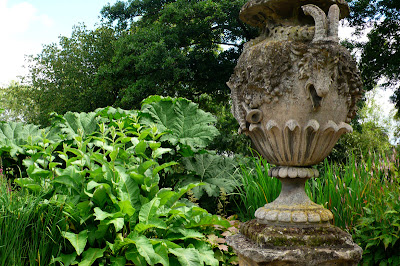 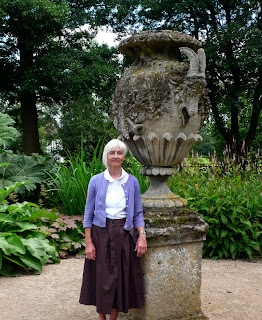 We finished the day with a cake from Patisserie Valerie. 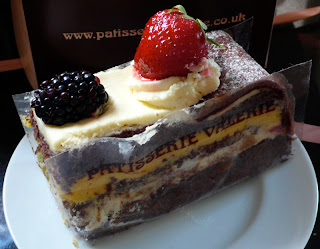 Now that's what I call a good day out! 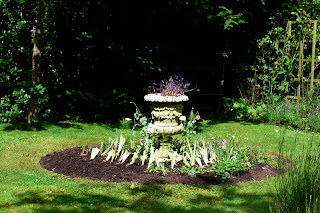 At home  we've made a small circular bed for an urn that Himself has cobbled together from broken pieces. Nothing like as grand as the urn in the Botanic Gardens but it enlivens an area where nothing much was happening and the lawn, shaded by trees, was very scruffy. 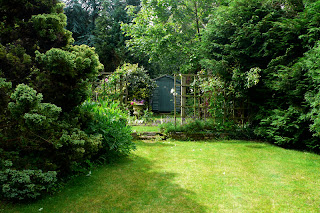 It gives a point of interest when glimpsed from the front lawn. 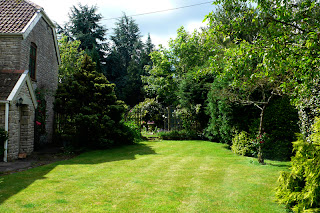