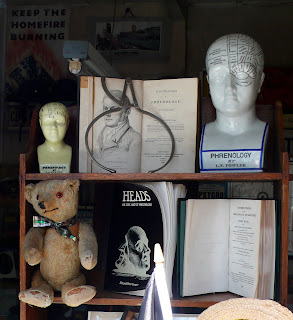 A group of us met at a friend's house today for Sunday lunch. It isn't possible to park the car on the narrow street where she lives, so we left it a little distance away and sauntered back along the road with  our contribution of pudding and wine in a basket. We passed a strange window display. What was it all about? A very odd mixture of old teddy bears, phrenology and Second World War ephemera.
As I was photographing this curious display the owner came out of a doorway.  His appearance was also rather eccentric.
The large bear, he told us, was wearing his father's  Home Guard uniform from the Second World War. The window display was there just for his own pleasure, it wasn't a shop with anything for sale, just an odd collection of family memories. 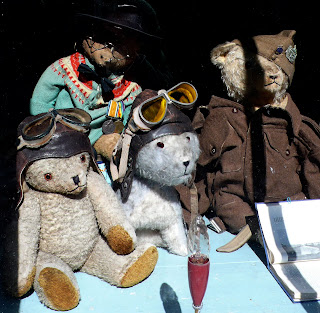 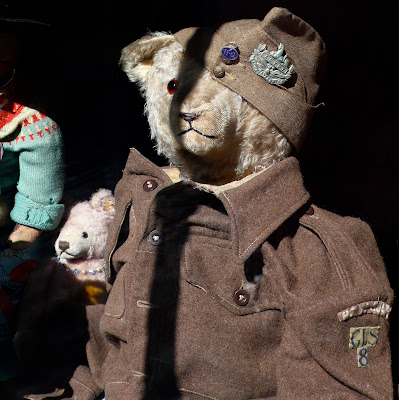 Our friend's house is an old weaver's cottage, full of character. 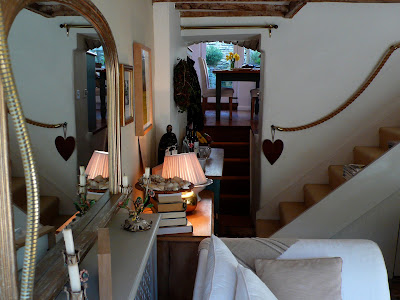 The sun shone and the tiny walled garden was a perfect sun-trap. We were able to sit outside for the first time this year! 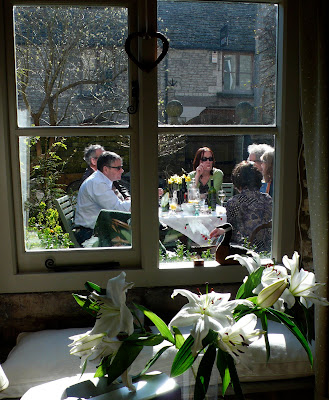 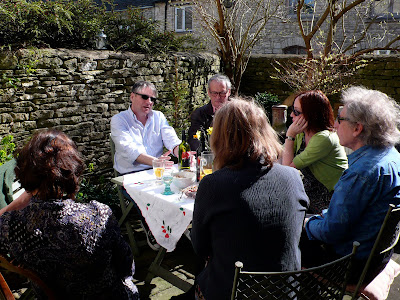 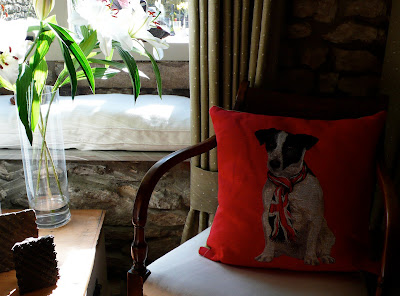