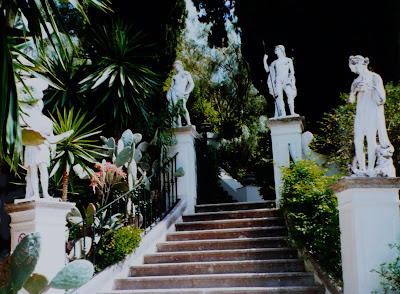 5. Achillion Palace, Corfu, Greece.
The Achillion Palace was built in 1880 for Elizabeth, Empress of Austria, who used it as her summer retreat. (Her uncle was King Otto of Greece.)  The garden doesn't really have anything to offer in the way of planting, and I think that the interior of the palace is grim, but the setting, with its statues of mythological figures on marble patios and views over the sea, make it a pleasant place to stroll. Don't worry about the absence of flowers here - just wait until you see the rest of the island! 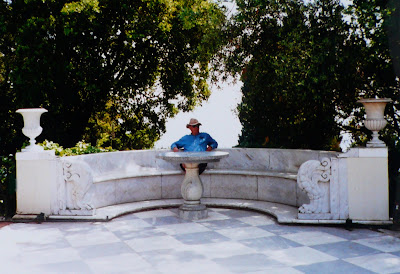 Himself  competing with the statues. 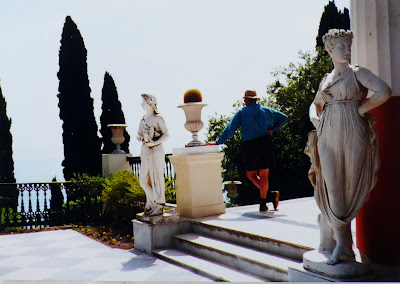 In springtime the whole of the island of Corfu becomes a garden, although it is not always easy to time one's arrival to coincide with the most breathtaking display of wild flowers. I've had a number of holidays there in May and early June, some years arriving to flowers still in bud, and others to everything having already bloomed and gone over. 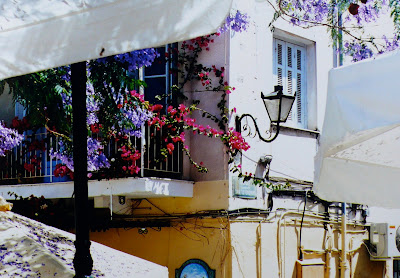 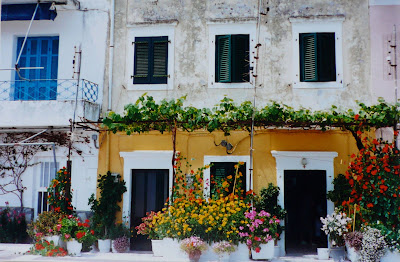 But the locals make up for any absence of wild flowers by the exuberance of their carefully tended pots. Even their underpants look good in this setting! 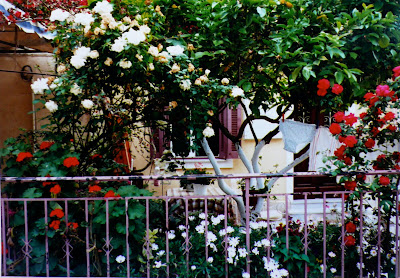 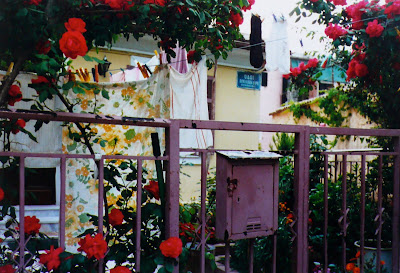 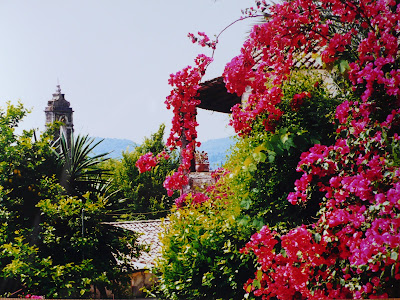 Agios Marcos.
Two Kilometres.
Two kilometres lie between the village on the hill
and the coastal strip where they strip
and turn pale acres of flesh a worrying pink
colour-matched to the inflatables on display
outside the tourist shops.
In the village soft pink flowers against pink walls.
Ripe lemons rotting on the ground'
An insect hums.
Only a current of rising air moves through these empty homes
and an orange butterfly.
Shutters collapsed
paint peels.
The bare bones of old paintwork glimpsed
through fig and walnut, peach and almond trees.
Silence has fallen like enchantment
on this village on the hill
and it is still
only two kilometres from the coastal strip. 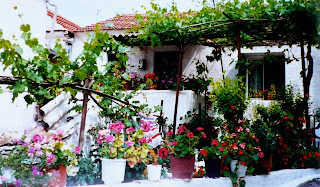 The virgin at Paleokastritsa Monastery dressed for Easter with flowers and ribbons.

The deserted village of old Perithia carpeted with spring flowers. 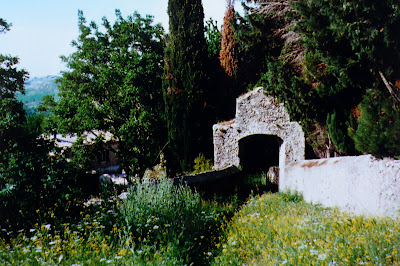 This is the coastal landscape near the shrine of St Arsenius, where Lawrence Durrel swam naked and Nancy, his wife, dived for cherries, 'like drops of blood.' 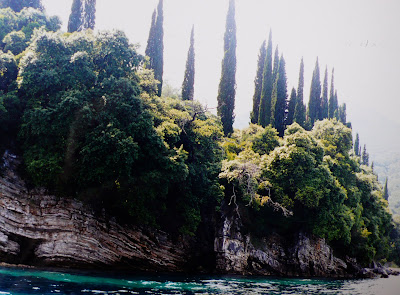 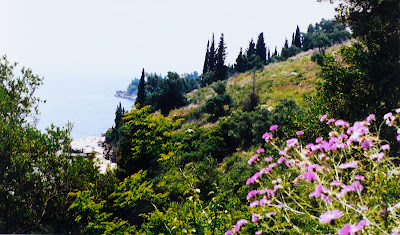 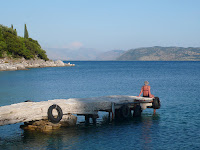