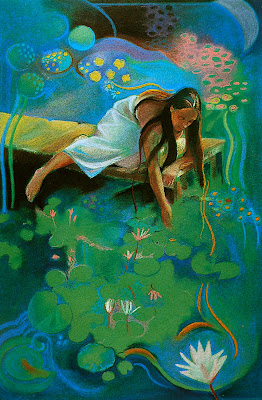 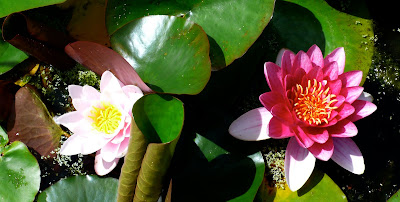 I've been pootling in the garden pond, removing blanket weed. Every sweep of my net catches infant newts, so the process of cleaning weed and debris is a delicate one. We used to have a large and scary carp until last winter's freeze put paid to it. In the summer months it would leap out of the water catching insects, making the dog bark with a mixture of terror and annoyance - a bark that said, "just wait 'til I get you!" at the same time as, "don't come near me!"
Anyway, without the monster fish, the newts are obviously thriving and I expect to see them putting on displays of formation swimming any day now.
Any overflow from the pond feeds into the well, which in the past was the only supply of water to our cottage. 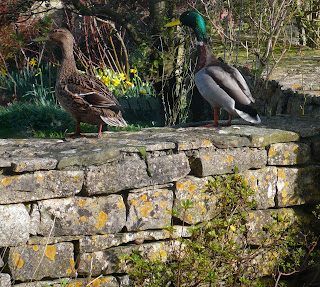 Every spring a pair of ducks attempt to build a nest at the pond edge but they are always given their marching orders by the dog. 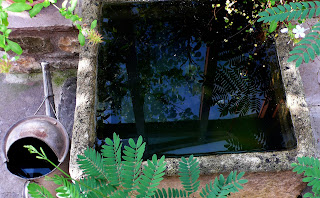 There is a small water trough in the greenhouse, fitted with an electrically operated fountain. Unfortunately the hum of electricity is as loud as the tinkling water of the fountain, so I rarely put it on. 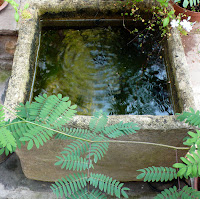 I keep the trough filled with rainwater from the outside butt, so it does serve a useful purpose. 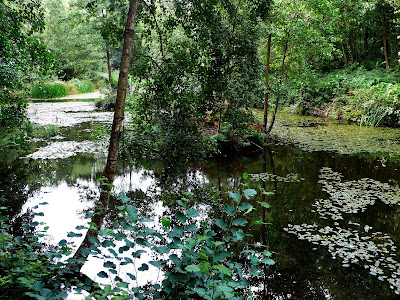 Yesterday, before the rain set in, I walked to the pond in the wood. It is a beautifully tranquil spot, where you can sometimes catch a glimpse of a kingfisher. The dead fir tree on the central island has been removed and stakes support two newly planted trees. 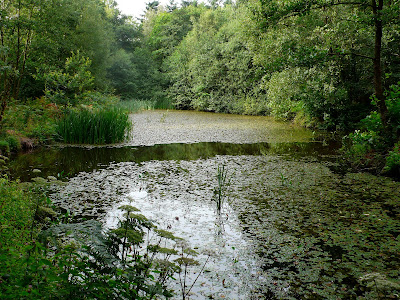 The pond is very shallow and at this time of year the water is almost obscured by plant growth. 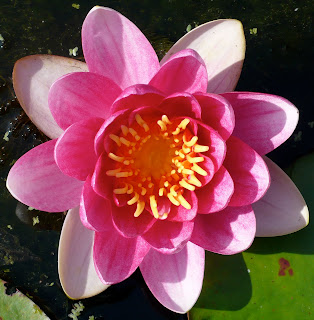