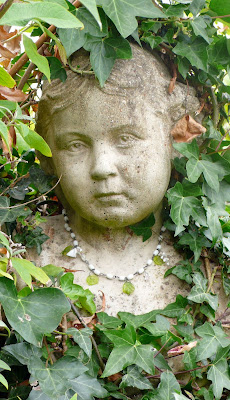 We've been out celebrating - not American Independence, but the birthday of our friend, Janet. She is knowledgeable about flowers, and plants that I refer to as, 'thingumijig' she calls by their proper latin name.
We have very different gardens. Janet's is coastal and suffers occasional batterings from high tides.
But she has many flowers that the weather cannot harm and they are her beautiful embroideries and enameled pieces of work. 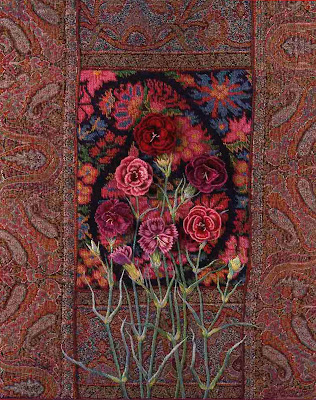 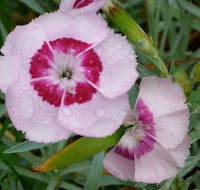 The pinks in my garden are in bloom. I love their sturdy little mounds of blue leaf and flowers that seem immune to slug and insect damage.
Unlike Janet's embroidery, my pinks will not bloom for long, they will need to be cut back lightly to give another flowering later in the summer. 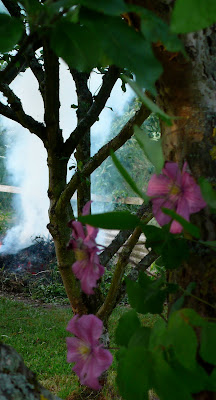 I've given the rose, 'Paul's Himalayan Musk' on the garden fence a really good haircut now that its magnificent display is over. We had a bonfire from the prunings, with the smoke curling up through the apple trees.
Posted by Share my Garden at 13:26