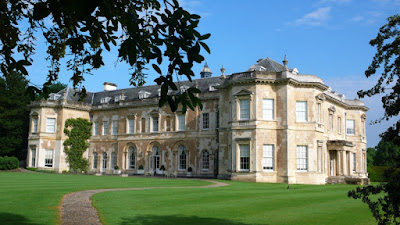 Hartwell House has a long and fascinating history spanning almost a thousand years. It has been the home of, among others, the natural son of William the Conqueror and Louis XVIII, the exiled King of France.
In 1938 there was a sale of the contents of the house. Queen Mary and the Dukes and Duchesses of Gloucester and Kent came to view. They brought a picnic which they ate in the dining room, served by liveried footmen. During the Second World War it was an army billet and in the '50's let out as a finishing school and secretarial college. It has survived many changes of circumstance and architectural alterations and has been a hotel since the summer of 1989.
The landscaping of the park began around 1757 and it contains a varied collection  of 18th century buildings; pavilions, towers and turrets. 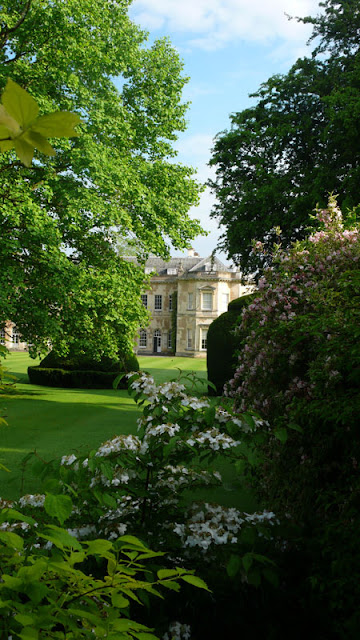 We started our exploration with a walk to the obelisk, pointing dramatically skywards and surely a good subject for Friday Skywatch. Sunshine adds such drama to the landscape, I love the lines of light and dark that have been created by the shadows of the trees. 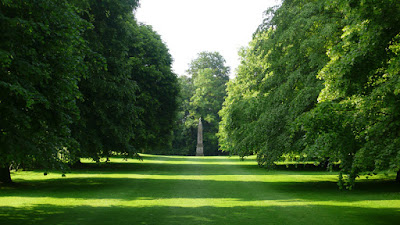 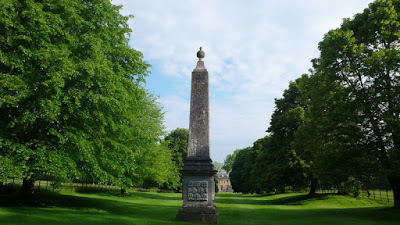 Extensive use has been made of the ha-ha, a garden device used since the18th century to separate pasture from garden by means of a ditch which is hidden from the eye. 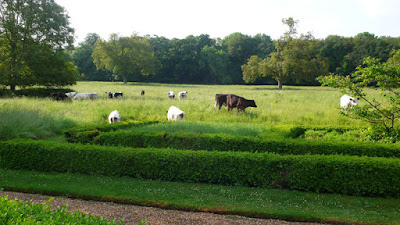 Cattle are contained and the view is uninterrupted. 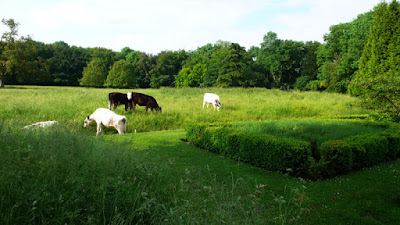 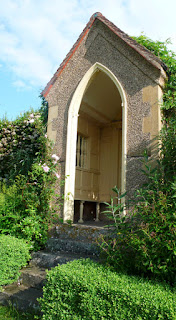 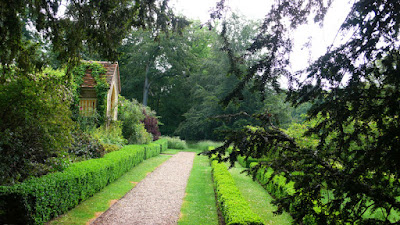 There were little buildings to discover all over the place. 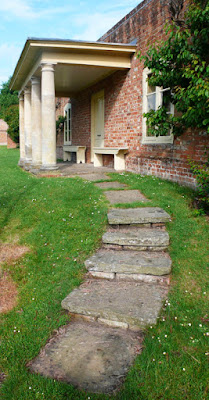 This one inside what had formerly been the walled kitchen garden. 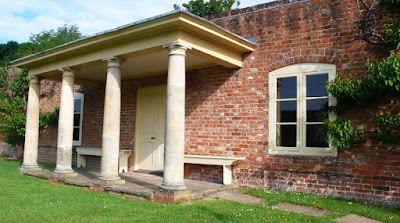 Paths had been mown through the meadow. My daughter walked to inspect the bee hives. ( I ate home-produced honey at breakfast!) 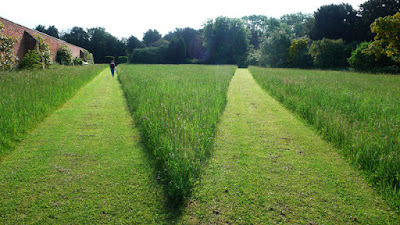 Hidden in a corner of the grounds was this delightful folly arch. 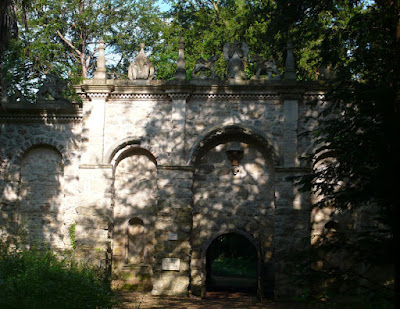 We bent our heads and walked through the low passageway to see where it would lead. 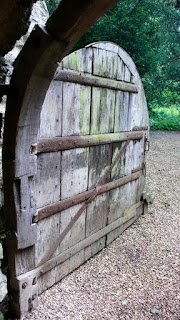 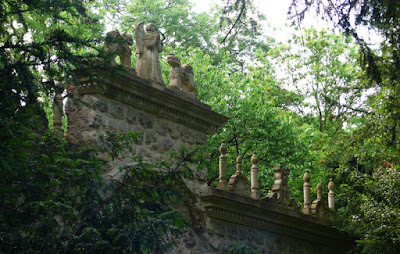 When my daughter returned to London I went to Oxford and met up with Himself. The weather was far too glorious to be spent indoors. We walked through the covered market 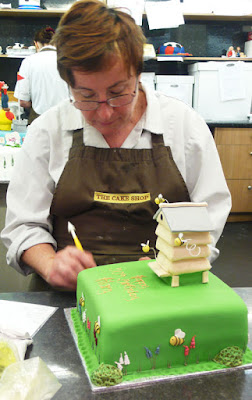 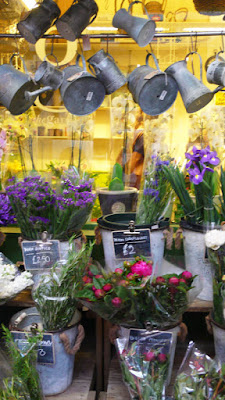 to the Botanic Garden 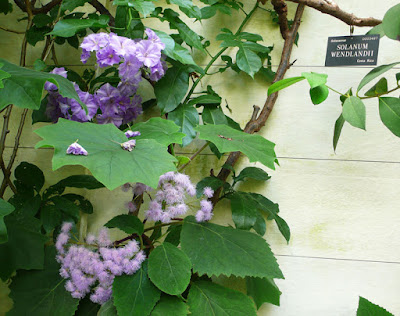 where I admired the staking in the perennial borders, 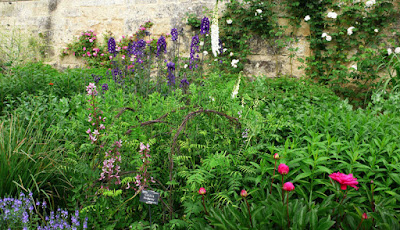 punting skills on the river 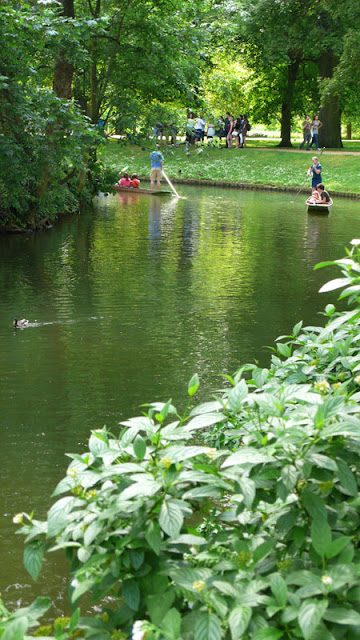 and the glass houses. 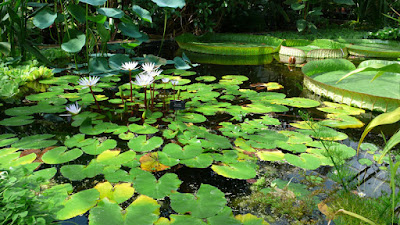 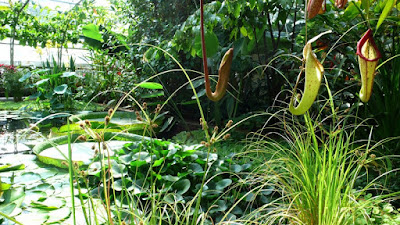 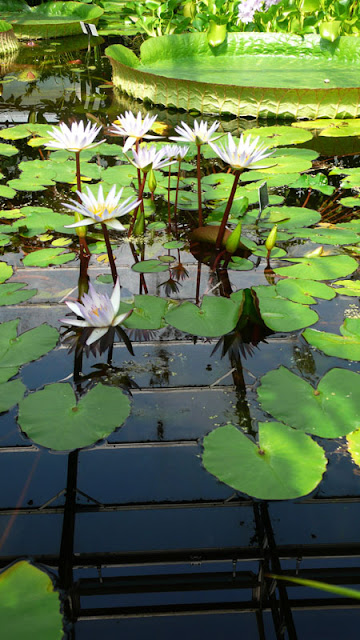 And then it was time to go home.
Posted by Share my Garden at 11:38