Guess who dropped in!

There's a small lake across the road from our house. (Americans would describe it as a pond.) Swans fly regularly overhead on their way to and from the lake and I love to see them and hear the sound of their wings slicing through the air. Until today we have never had a swan land in our garden. A friend was sitting on the sofa and she said, "a swan has just walked past the window!" We were discussing a surreal short story at the time but her statement seemed far more bizarre than the written story. We all got up to look and, sure enough, a swan was strolling about the garden.

It spent the whole morning with us, exploring the garden boundaries, presumably looking for a way out. 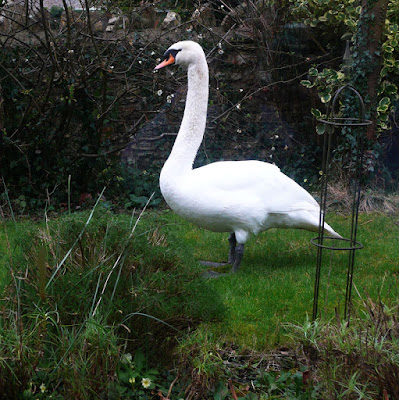 It didn't appear to be injured. 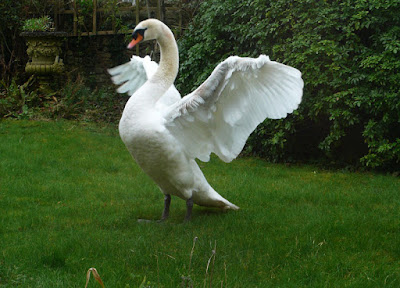 After several hours we became concerned that it didn't have enough space, a long enough runway, to be able to fly into the air. I looked up the telephone number for the RSPCA. It was the usual palaver, press one if the animal is stuck in a chimney, press two if.. and so on. I took another look in the garden while I waited to speak to a human 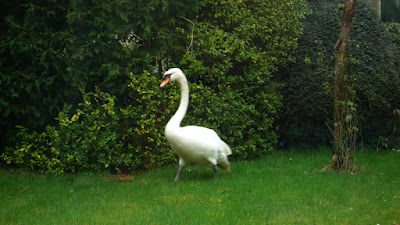 and the swan had gone.
Posted by Share my Garden at 11:57