This morning's post brought a letter from a building society offering me a funeral plan. The letter began "Life is unpredictable..." Oh, please, don't make me laugh because it's painful. I've got a fractured rib and an aching, bruised body. I've been on a diet of painkillers for days. What an ironic letter, because on the fifth of October I was pretty sure that my number was up.
Our daughters and their partners lead busy lives and we are rarely all together in the same place. But last week was my birthday and the celebrations had been planned and eagerly anticipated for months. I had booked an apartment in Venice, my favourite city, and the family had booked time off work to join me. We were driving on a clear stretch of dual carriageway an hour or so after leaving home when a car drove straight out of a side road without stopping. Himself was driving my car, small and handy for street parking, and I was in the passenger seat. I just had time to say, "They're not stopping," and to think, 'why now?' before there was an almighty collision and we ended up, luckily, on the central grass reservation. The fire brigade cut off my door while a very kind stranger, who had been driving behind us, came and held my head still until the ambulance arrived. Many, many thanks to him. I was strapped on a body board and head support and whisked to hospital for a series of X-rays. My car is a right off and I consider myself very lucky to be alive, with, hopefully, no lasting damage.
Note to all blogging friends, ALWAYS WEAR YOUR SEATBELT and be sure to drive a car that has LOTS OF AIRBAGS.
Anyway, I thought that I might as well ache and eat painkillers in Venice as at home so I got whizzed through the airport in a wheelchair. Wee One, who works in the NHS, looked after me wonderfully. On my birthday I got to blow out the candles on the breakfast buns. 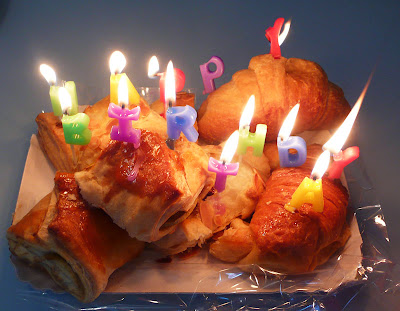 I had a stab at it anyway, but deep breathing is sore! 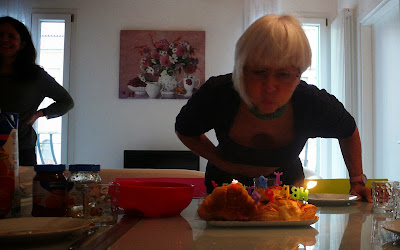 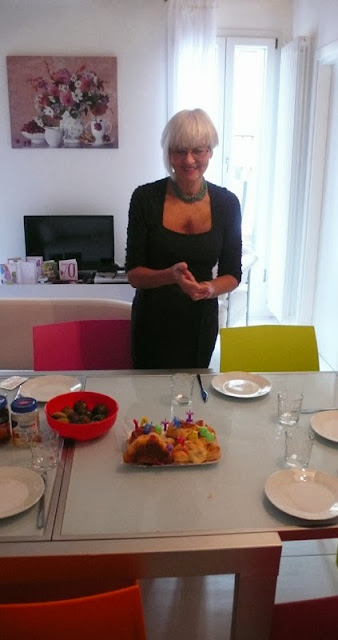 The apartment was lovely, which was a good job because I spent a lot more time in it than I had intended!

Some of the days were wet, but it's a city of water, impossible to be spoilt by a bit of rain. 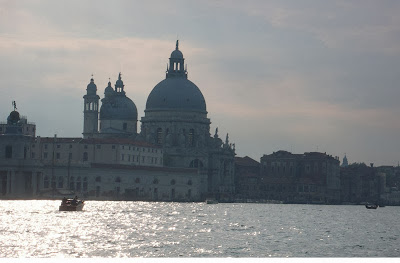 I sat on the water bus and took a great many lopsided photos of palazzos on the Grand Canal (and, yes, I might just bore you with them all.) 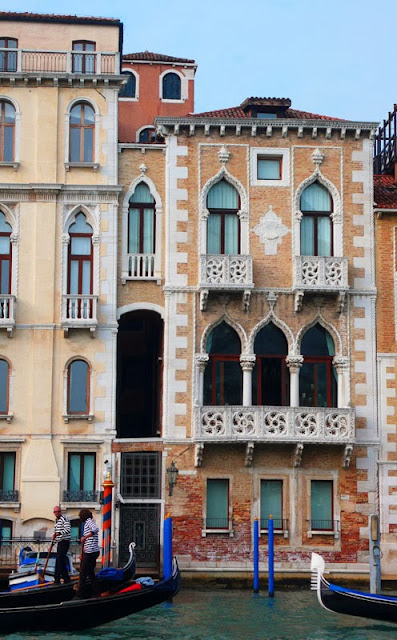 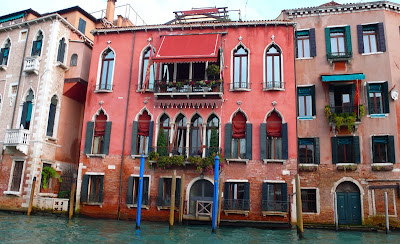 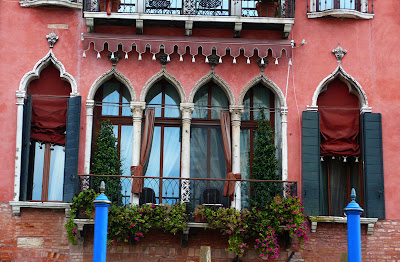 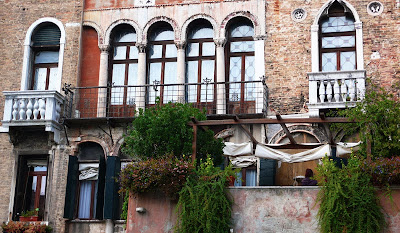 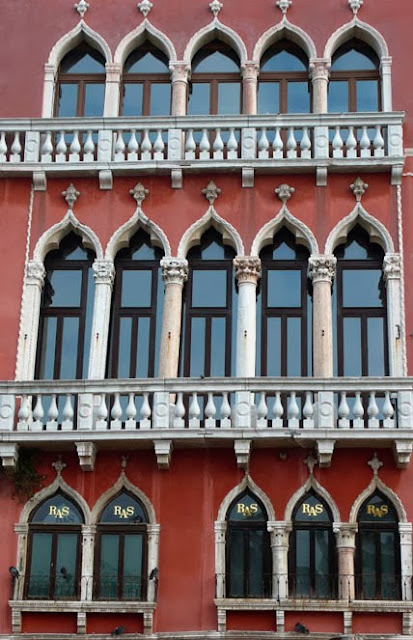 We took a ferry to cross the Grand Canal. Venetians stand, but a rather large American by the name of Dave came on board and threatened to land us in the water so we thought it best to sit down! 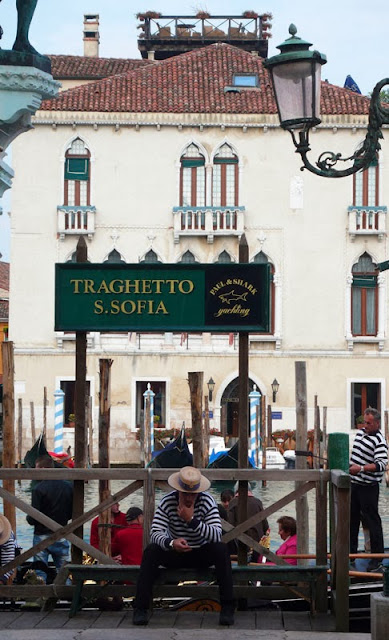 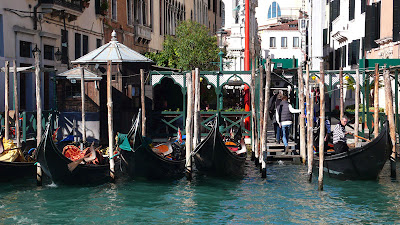