On a dull, damp day we crossed the lagoon to visit the island of Burano 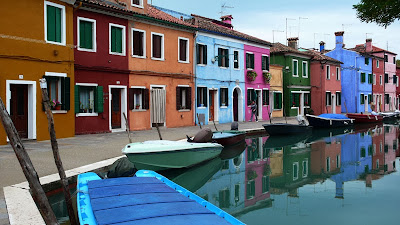 where the houses are so colourful that they can brighten the most miserable weather. 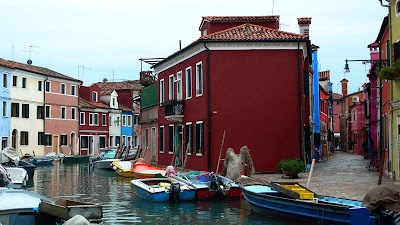 Burano was a fishing island and the story goes that the houses were painted in individual colours so that the sailors would recognise their own home when returning from sea. When I first visited, almost half a century ago, things were not as colourful as now! 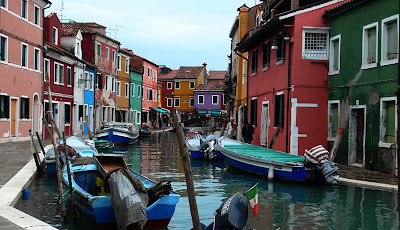 It was high tide and in places the water lapped the edges of the pavement. 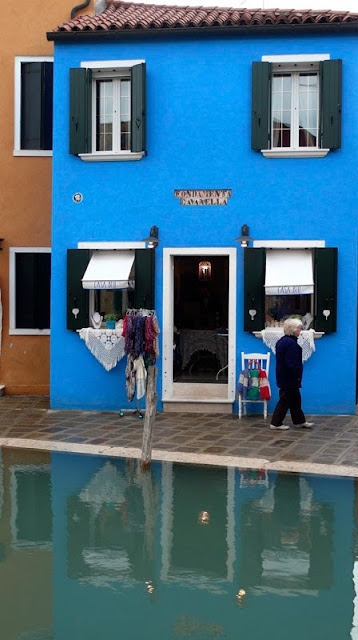 Some of the houses had fitted flood gates to their doors. 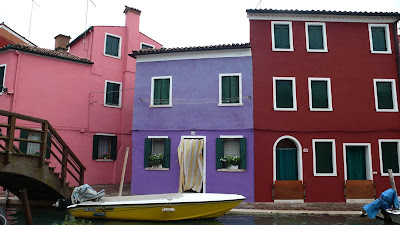 My raincoat fitted in well! 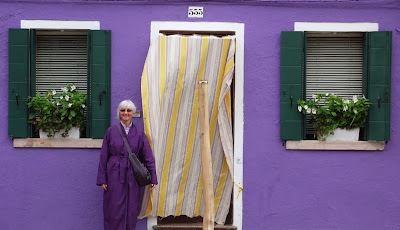 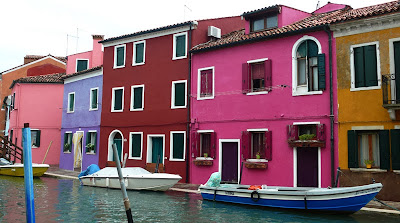 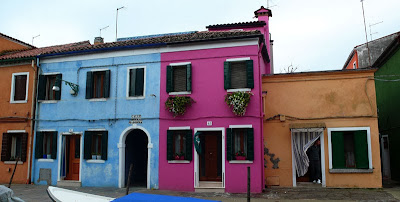 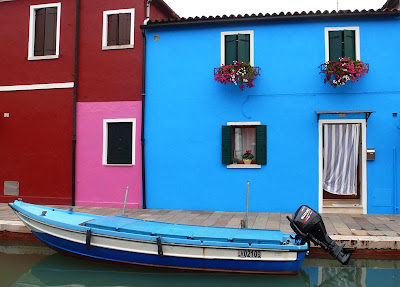 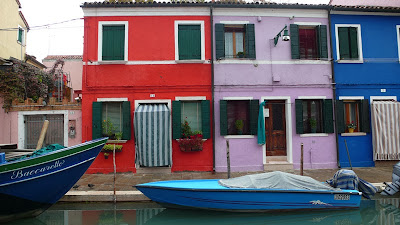 Oops, the tower has a bit of a lean! 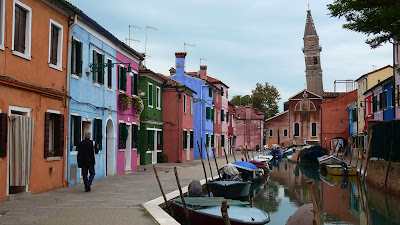 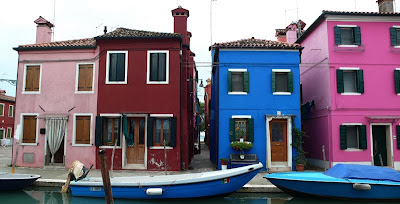 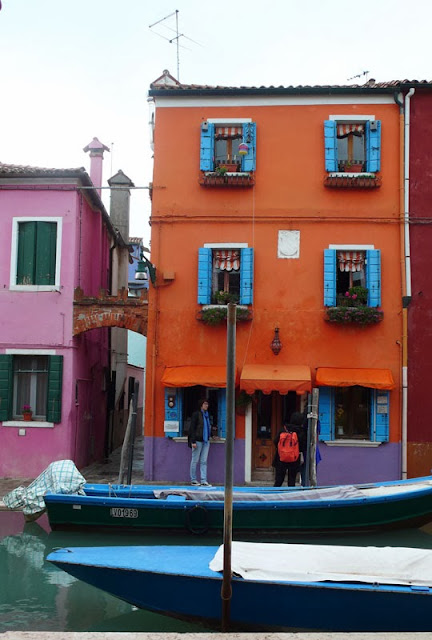 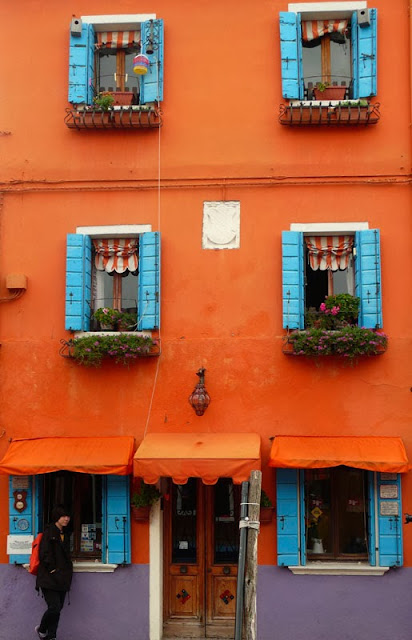 Not every house had been lavished with colourful attention. 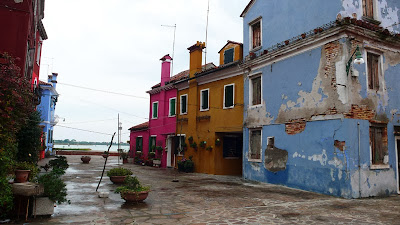 But the patina of neglect has it's own beauty. 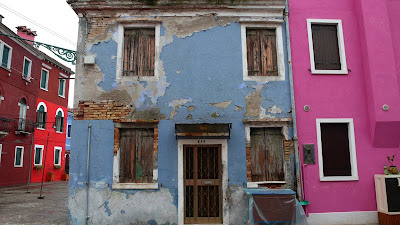 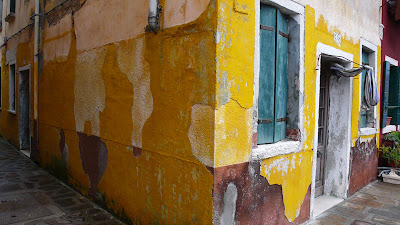 There were plenty of little alleyways and corners to explore. 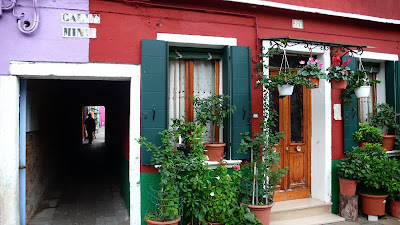 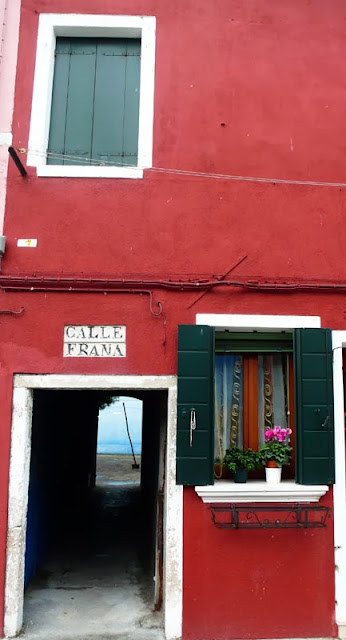 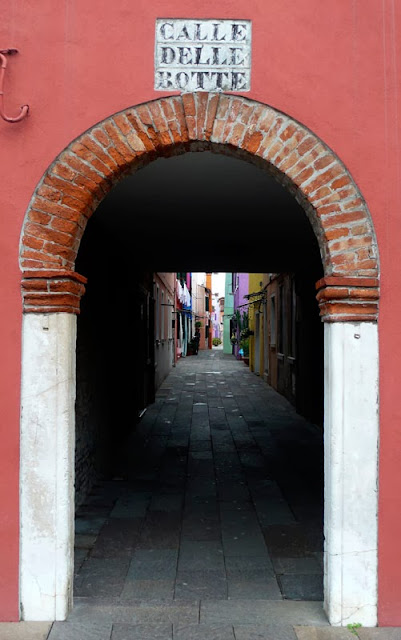 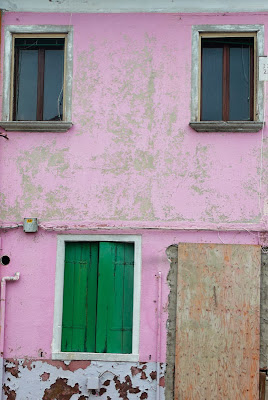 And one brave soul had hung their washing out! 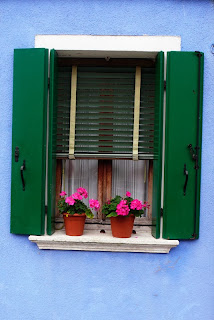 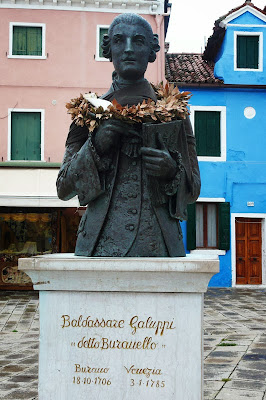 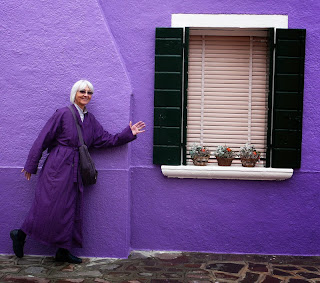