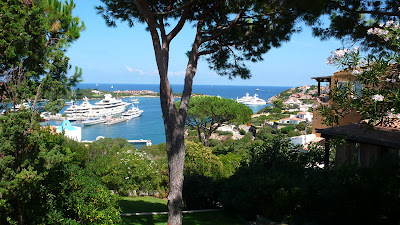 In the 1960's I read with interest of the creation of Porto Cervo by Prince Karim Aba Khan as a luxury tourist development on the north eastern coast of Sardinia. The area was given the title, 'Costa Smeralda' and last week, half a century or so after its creation, I at last had the opportunity to explore the area. I couldn't find any written information about the architectural stipulations but it was evident that low-rise buildings, sitting unobtrusively in the rocky landscape, were one aspect of the brief. 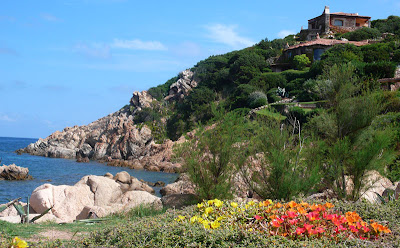 It was a comfortable place to walk around even in the heat of the day due to the construction of shady arcades, here giving glimpses through the narrow streets of apartments of the harbour beyond. 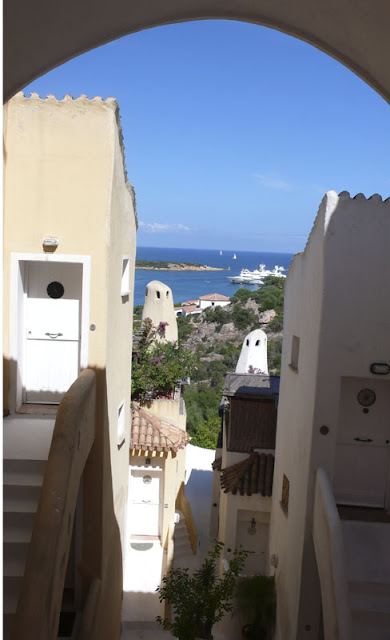 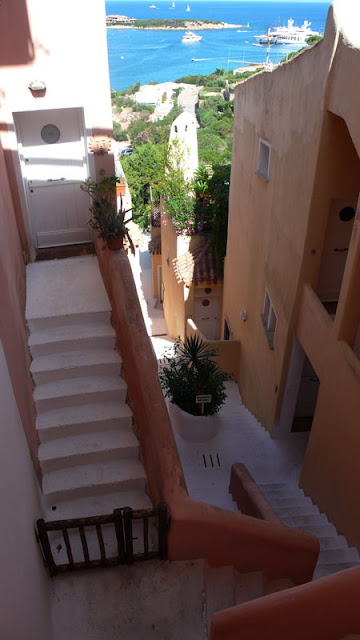 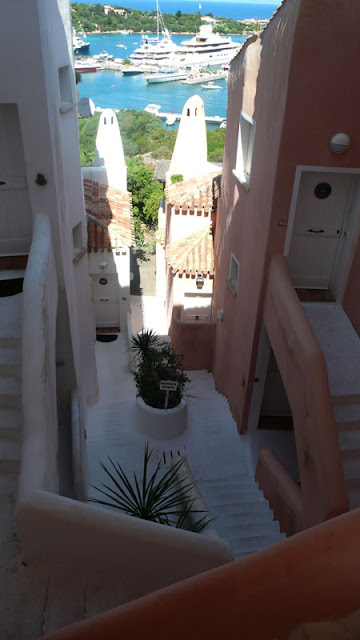 The church of Stella Maris overlooks the town. It was also built in the 1960's but gives the impression of a much earlier structure. It is very simple in style, dazzlingly white, the walls with rounded corners and a rough surface texture. 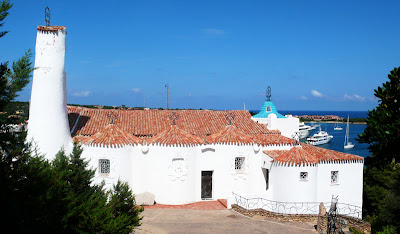 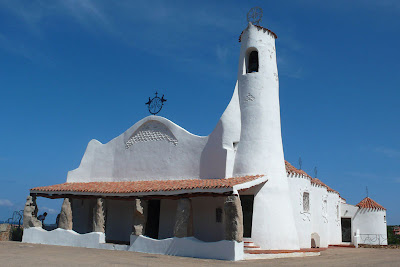 Natural materials are used in the interior, a granite floor and solid dark roof beams, with the altar pierced by a stream of natural light from a high window. There are some very modern touches, such as this unusual lectern. 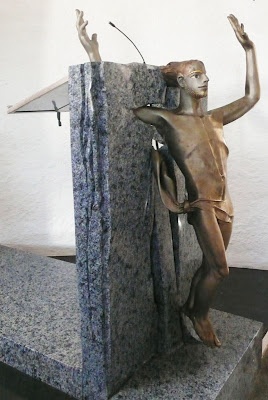 And for a touch of Italian style, in front of a reticent madonna, an elegant spray of orchids. 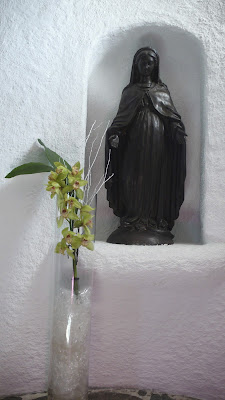 But the main action in town is sailing and shopping, with luxury yachts in the marina and along the  'piazzetta' any number of  boutiques displaying goods from the most famous international designers.  The buildings here are very attractive, with colour-washed walls and foliage used to great effect. 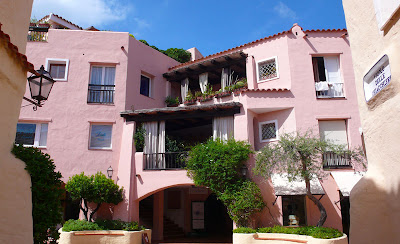 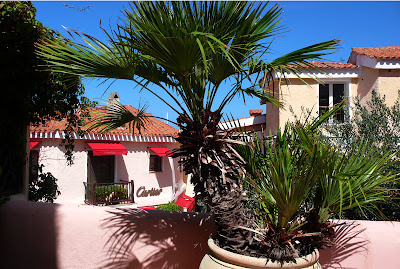 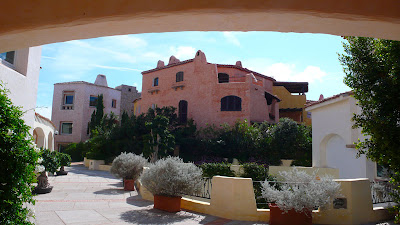 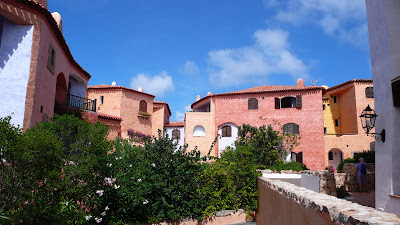 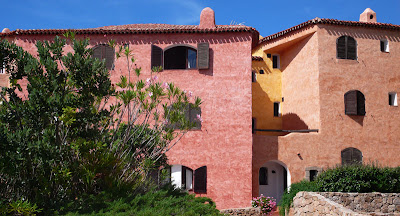 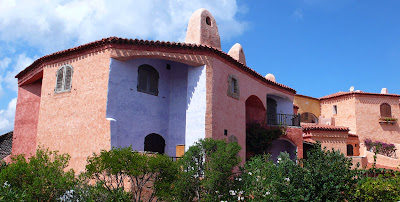 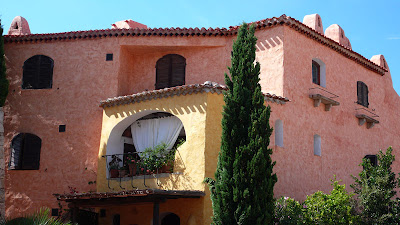 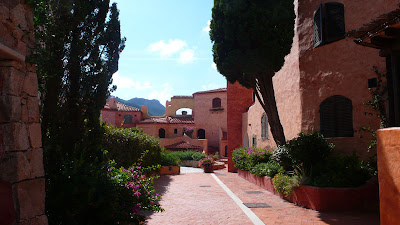 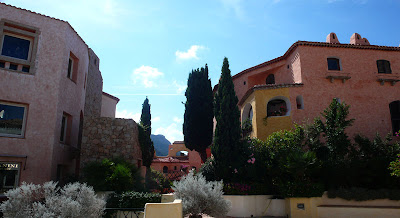 Everywhere that I looked seemed worthy of a photograph. 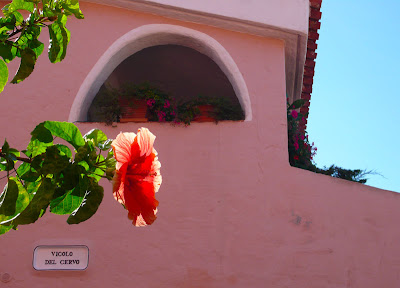 There were some eye-wateringly expensive boats in the marina 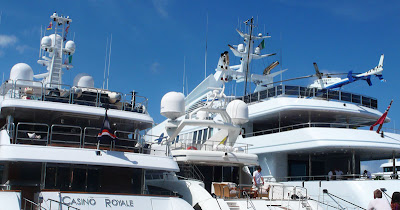 but it was very quiet as we strolled about because most of the yachting crowd were out sailing. There were many lovely-looking restaurants along the harbour front, their menus read well but the prices were terrifying.
What did we buy? All that we could afford were coffees and ice-creams!
Posted by Share my Garden at 07:38