Janet at The Gardener's Cottage has asked me what size my garden is, so I thought that I would put together some photos to show the general plan. The first image was taken from a balloon in August 2008 and shows the garage block before it's rebuild and the house in the process of getting an attached greenhouse.
The overall site is half an acre. 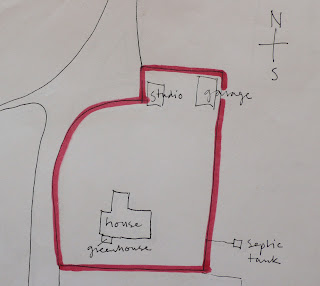 The carving studio is to the right of the driveway. It's original purpose was as the Game House.

The beams are full of pegs and old nails where all the game were hung to mature. 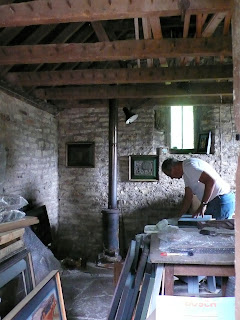 The house was formerly the head game keeper's cottage and at that time the outbuildings included a lean-to store (now my garden store room), two pig sties, the game house and six kennels with runs. Three of the kennels are now used for general storage (junk!) 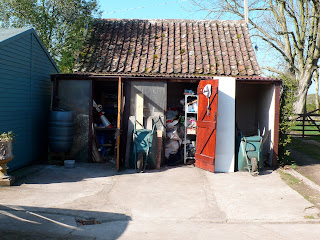 The garage, before it's rebuild, was an ugly, disgraceful sight. It had been cobbled together around the remaining dog kennels. 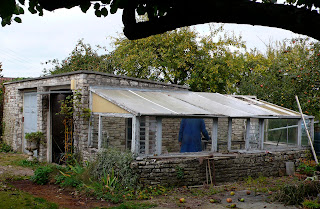 I like to think that the rebuild is a thing of beauty! 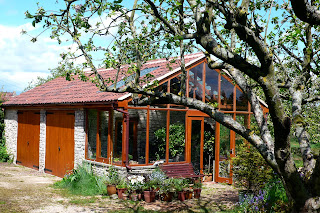 We bought this wooden shed at the other side of the yard for Himself to use as a painting room as the carving studio is too dark for colour work. (Yes, I agree, the man is spoilt rotten.) 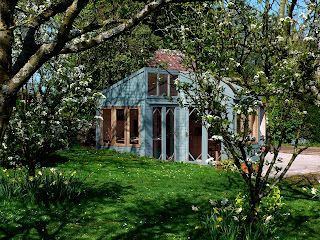 In 2008 a small greenhouse was added to the south side of the house. 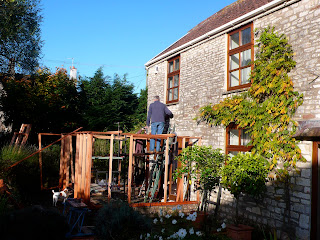 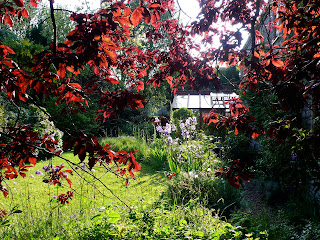 Looking east from an upstairs window over the vegetable garden. 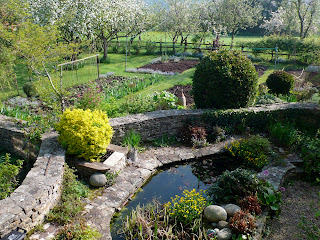 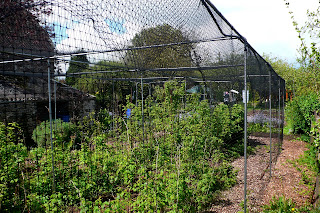 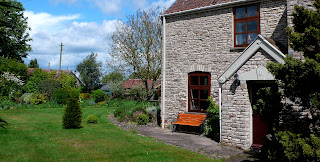 but it isn't much used 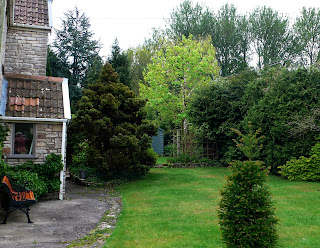 because everyone saunters in through the kitchen door! 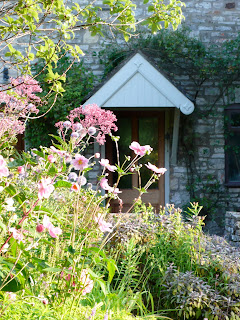 (See 86 and 91 from My Life in One Hundred Objects about this and our previous home.)