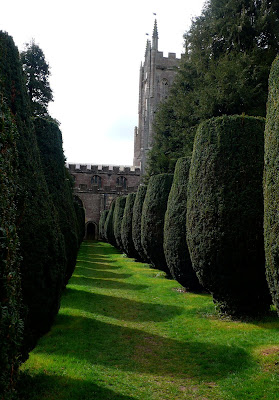 Mells is a beautiful English village with an imposing church for such a small community. The Mells estate has been owned by the Horner family since the sixteenth century. (Little Jack Horner, of nursery rhyme fame is reputedly of this family, the 'plum' being the acquisition of the estate from the king.)
Inside St Andrew's there is a moving memorial to Edward, heir to the estate, who died of his wounds and is buried in France. A bronze equestrian statue by Sir Alfred Mannings depicts Edward. The plinth on which the statue rests was designed by Sir Edward Lutyens and is a smaller version of the cenotaph in London. 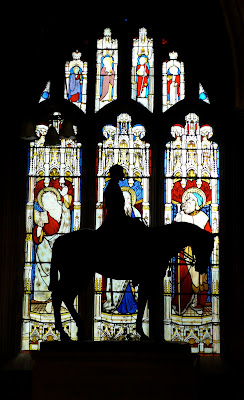 Set into the plinth is the grave marker that was brought home from France after the war. 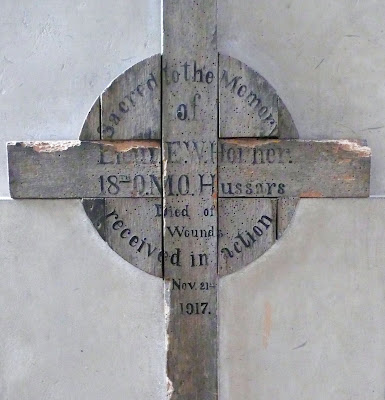 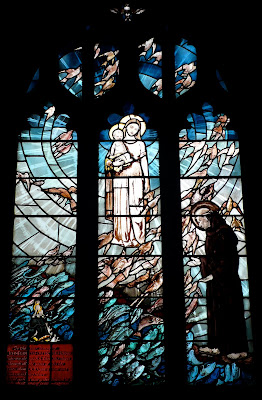 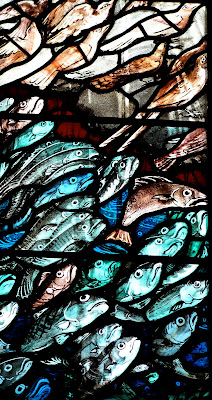 On the south wall of the church there is a memorial to Raymond Asquith, the son of the Prime Minister, who also died of his wounds in France during the Great War.
The churchyard  contains a number of famous English names apart from the Asquiths and Horners. There are members of the Bonham-Carter family and the poet Siegfried Sassoon is buried here. 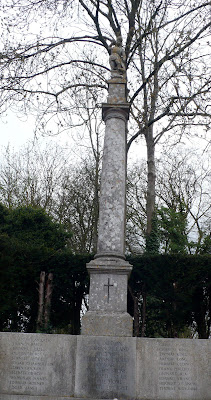 What is always deeply moving to find in the small villages and hamlets in this country and on the continent, is the list of those, from the largest country house to the smallest cottage, who died in the Great War. Sometimes the hopes and future of a whole family obliterated. 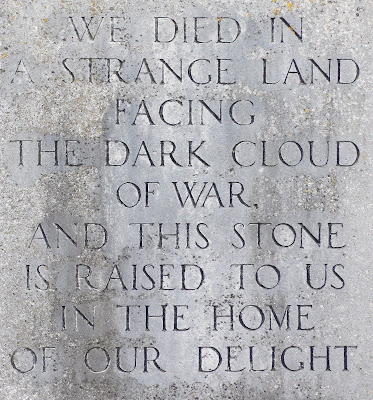