And scarlet by each ragged fen
Long scattered ranks of poppies lay.
As though the blood of the dead men
had not been wholly washed away.
Excerpt  'From Albert to Bapaume' by Alec Waugh. 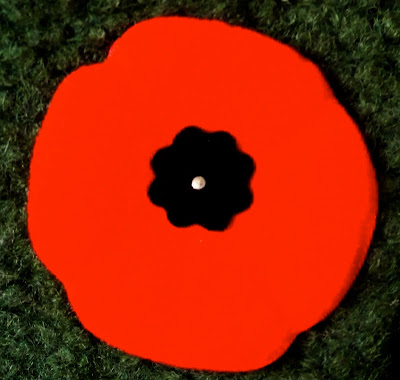 I've been wearing a very bright poppy on my jacket this week. We bought it from a young soldier in Barbados. Compared to our British versions it is a very colourful affair.

We bought very little on holiday, just our quota of Mount Gay rum, (that's the Christmas rum sauce sorted) some of my favourite vanilla essence and a bottle of pepper sauce for our younger daughter. 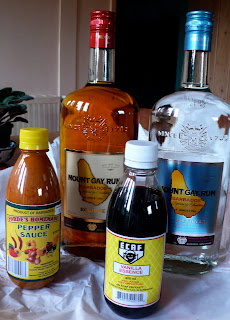 The only thing that Himself wanted was an outrageous shirt. We had a good hunt on each of the islands and Barbados finally delivered the goods. Three very lively Bajan women took on the responsibility of making the right choice. They insisted that he try on the goods and sat in a row passing judgement as he wore various shirts.
"Wrong colour, man, makes you look washed out." (WASHED OUT! You should have seen his suntan!)
This shirt met with their approval, so, of course, it had to be bought. 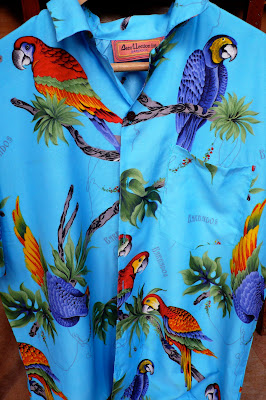 Don't ask me when and where he plans to wear it. 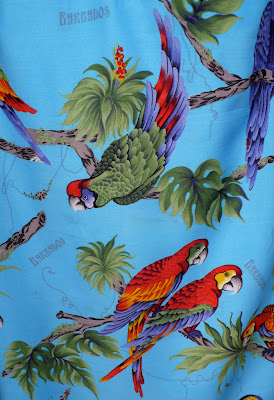 It's good to be home. The garden is bedraggled with few flowers to pick so I've bought roses to put in the sitting and dining rooms. 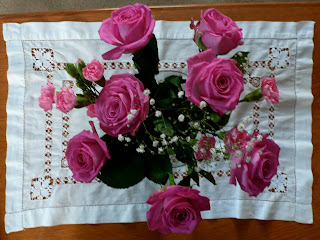 It's been a beautiful, mild day and I've been sweeping up copious amounts of horse-chestnut leaves. It's a delight to be outside when the weather is like this. 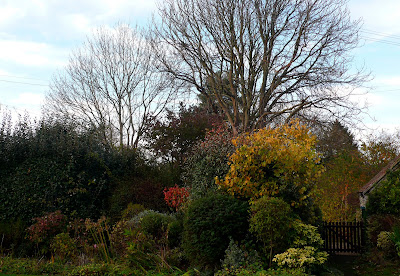