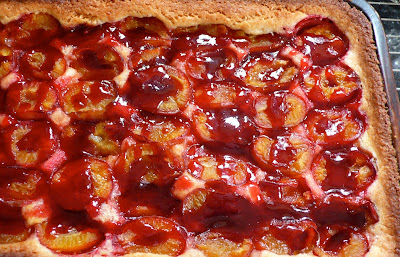 The plum glut continues and I've been casting around for new recipes. This one, from the newspaper, is delicious. There wasn't a photograph, which is always a pity, because I didn't know whether I was supposed to make a pastry rim or not. I did make one and it overcooked and burnt a little on the edge. Next time I shall make just the slightest return, not exactly a rim. Neither do I know if the thinned down redcurrant jelly was supposed to go on top as an even glaze - mine was an erratic drizzle.
But it tasted good!  I do think that a photograph is a great help, don't you? 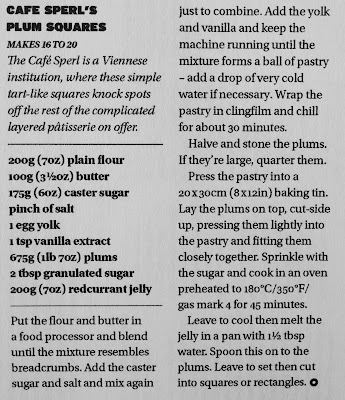 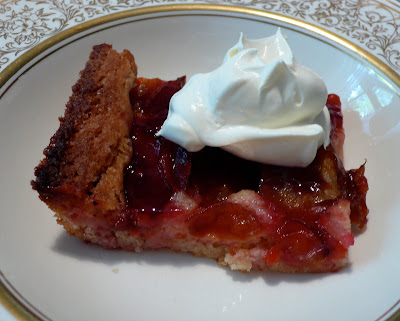 I made a clafoutis using plums instead of my usual red or blackcurrants or the traditional choice of cherries. (The recipe for clafoutis is on Miss Cellany's July 'cherries' posting.) 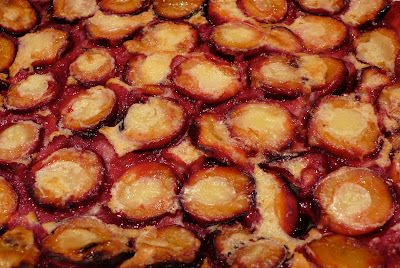 And I made a bit more jam. That's why I'm plum tuckered out! 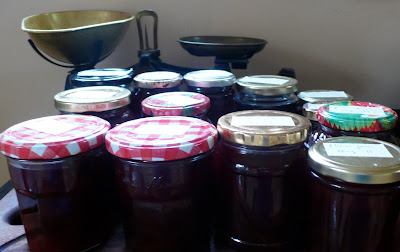 Steve, at An Urban Cottage has bought a nifty little gadget called a 'spiralizer'. It's a spiral vegetable slicer that he uses for making zucchini spaghetti. His recipe looked delicious so I set to work with my humble veg peeler and produced some strips. 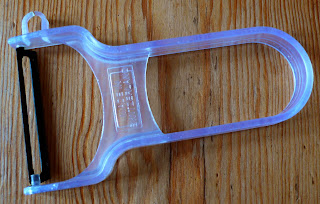 All home grown. You know what they say - imitation is the sincerest form of flattery! 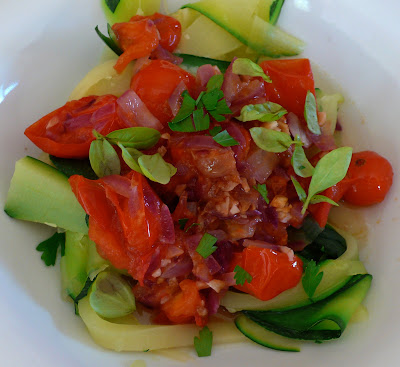