Last weekend we called in on our friends Janet and Steve. Their house is in a wonderful position overlooking the Bristol Channel. 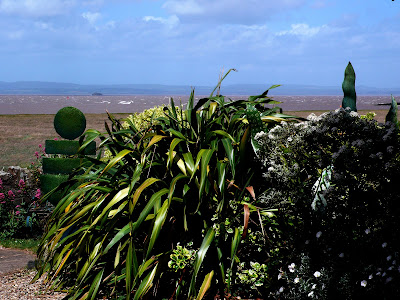 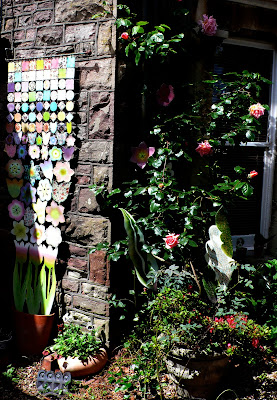 The garden is dotted with some of Janet's decorative enamel work; exotic leaves, faux topiary and hangings.


Inside the house we had a poke around Steve's studio and took a look at the work in progress. 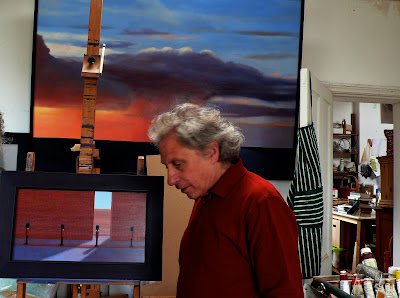 Himself and Steve can discuss art for hours! 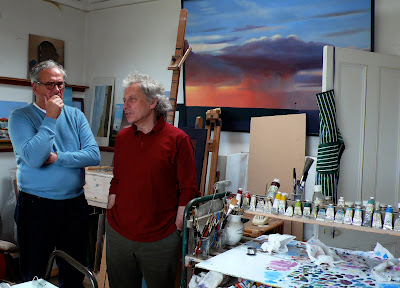 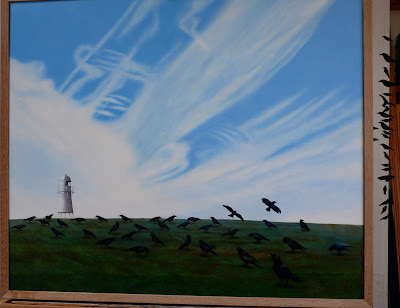 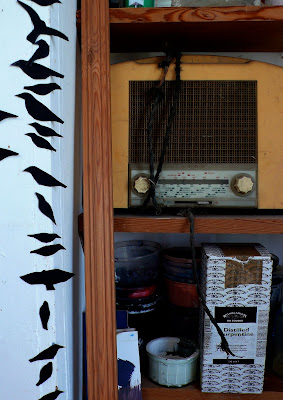 I was amused to see that Steve had got a cast of assorted birds waiting in the wings. I think that they will be reappearing in another painting any day now!

He said that he sticks them on his painting and moves them about until he is happy with their relationship,then he removes the paper silhouette and paints the final placing.

At home we went for a walk in the woods, where, at this time of year, most of the birds have flown, or more correctly have been shot.

As well as the broader paths used by horse riders and the gamekeeper's vehicle there are many small pathways crossing the woods where we walk. The lower area of woodland is often muddy, making for difficult walking conditions, but not this year, even some heavy rainfall overnight has made no difference to the woodland floor. 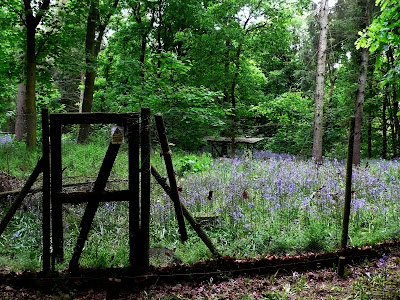 There are a number of pheasant rearing pens in the wood, empty now of birds but with just the last remnants of bluebell flowers. When new stock is put in the pens in August the electric trip wire will be switched on to deter foxes, not to mention fox-terriers! 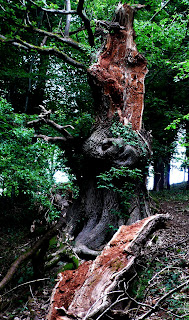 There are some impressive old trees in the wood, sadly this one
has lost half its limbs. 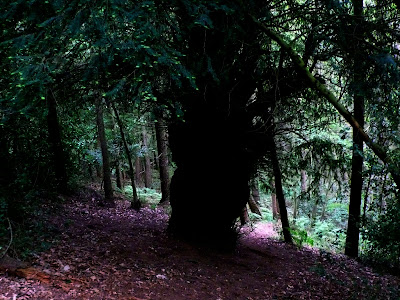 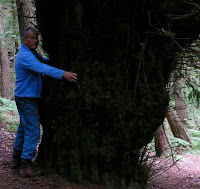 But this yew tree is a healthy specimen. Judging by its girth it must be several hundred years old.
Himself is obligingly hugging it to give you a good idea of its size.
Posted by Share my Garden at 13:09