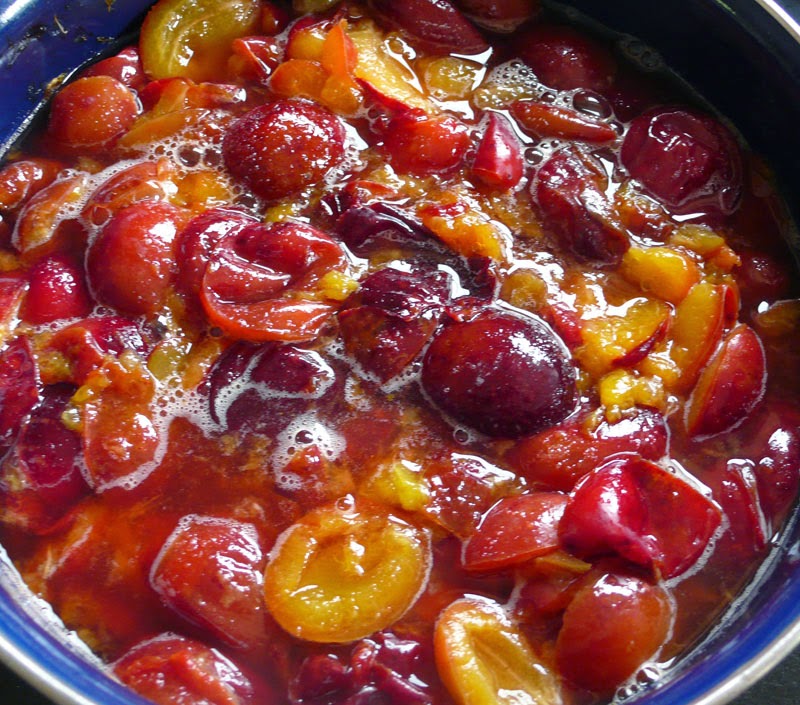 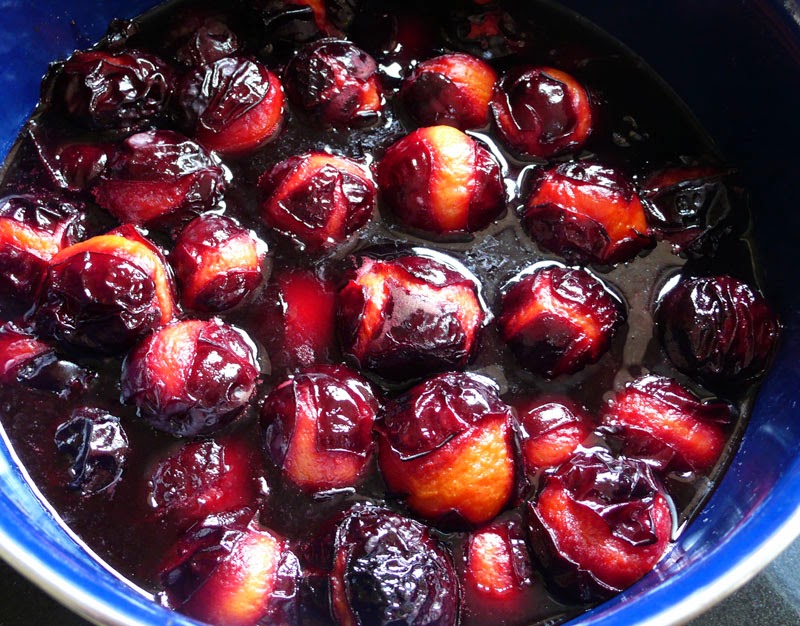 There is no space left in the freezer and I'm plum tuckered out!
It's been a week of good and bad. On the good side the scaffolders finally came and took all their ladders, poles and planks away. While doing so they managed to knock the decorative pheasant from the ridge of the greenhouse (he's now patched and glued and back in place) and lent their poles against my precious Japanese peony and broke several branches. But - they are gone!
Another maddening thing was further damage to our wall by persons unknown backing into it on their way to the stables opposite. What a mess. 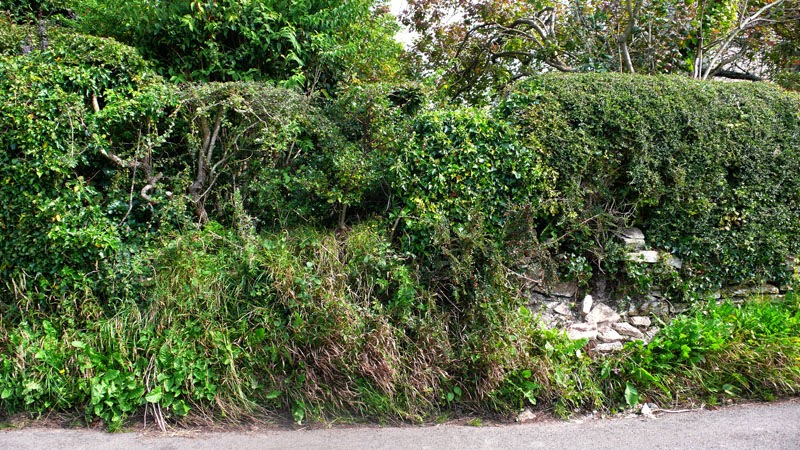 This is the second time this year that this has happened and on neither occasion has anyone come to own up and apologise, which makes me furious. 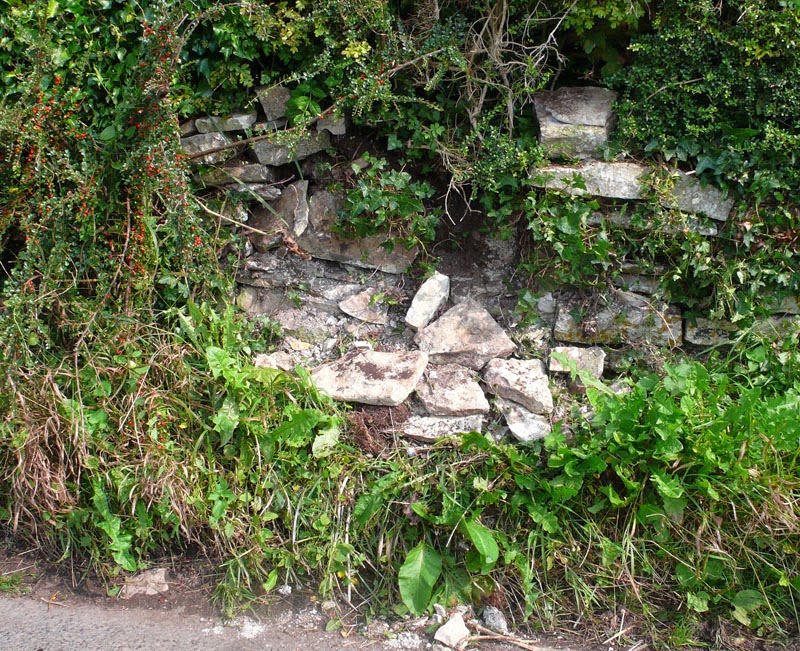 On the good side, the days are soft and gentle and it's a pleasure to be alive. We are eating so well from the garden just now, the 'Blue Lake' beans cropping well, peppers ripening 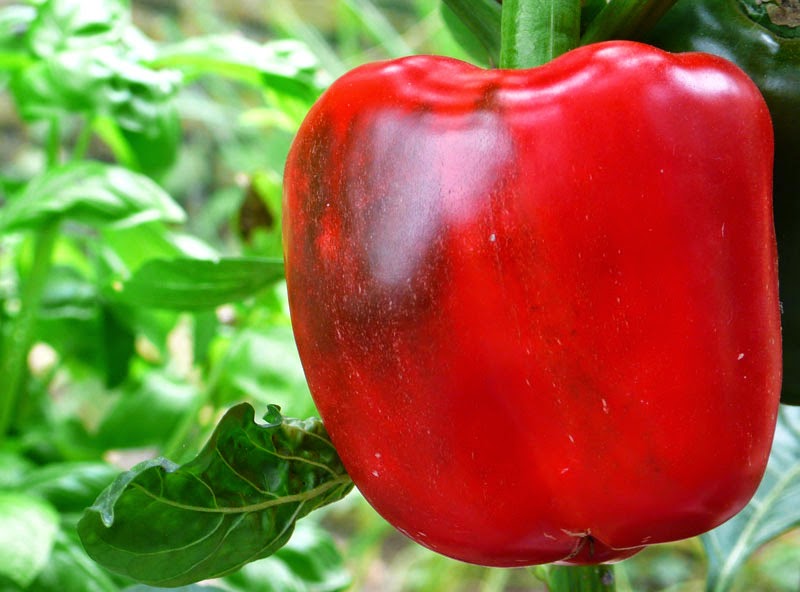 and cucumbers STILL coming in the greenhouse! 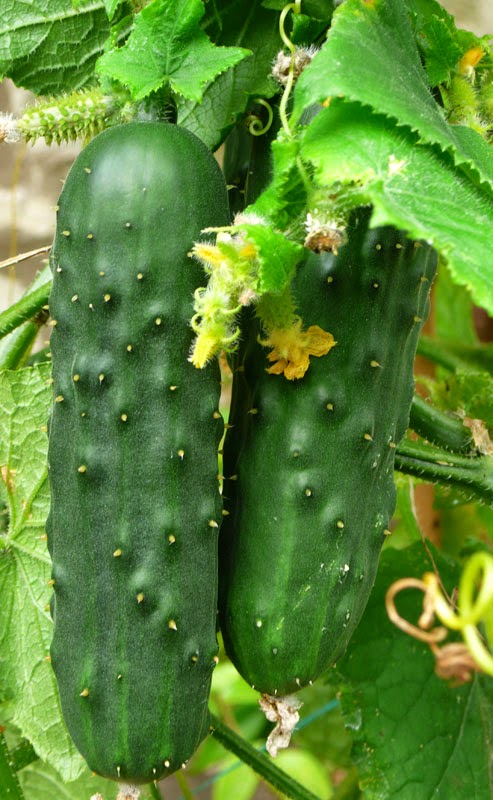 Even though everything has become unkempt there's a good choice of flowers to pick. 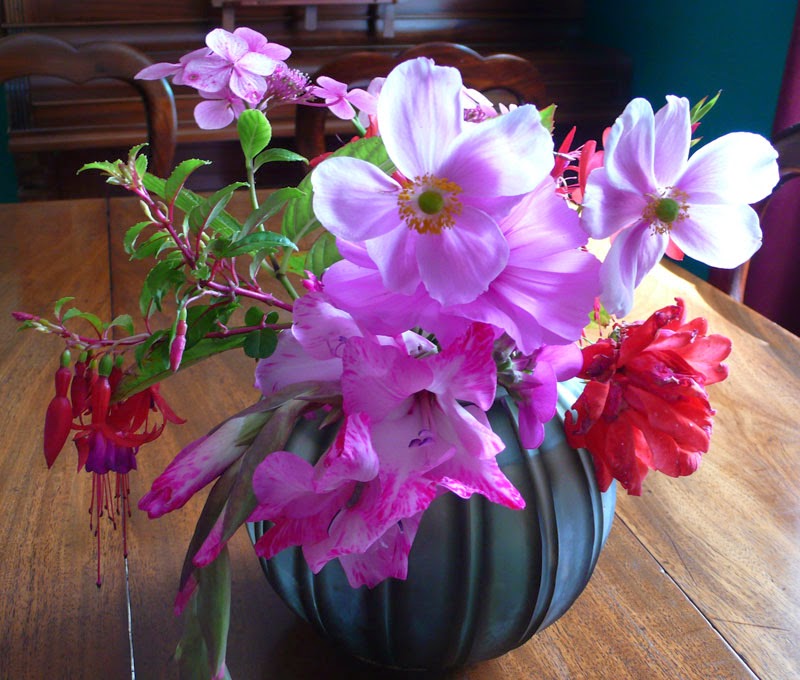 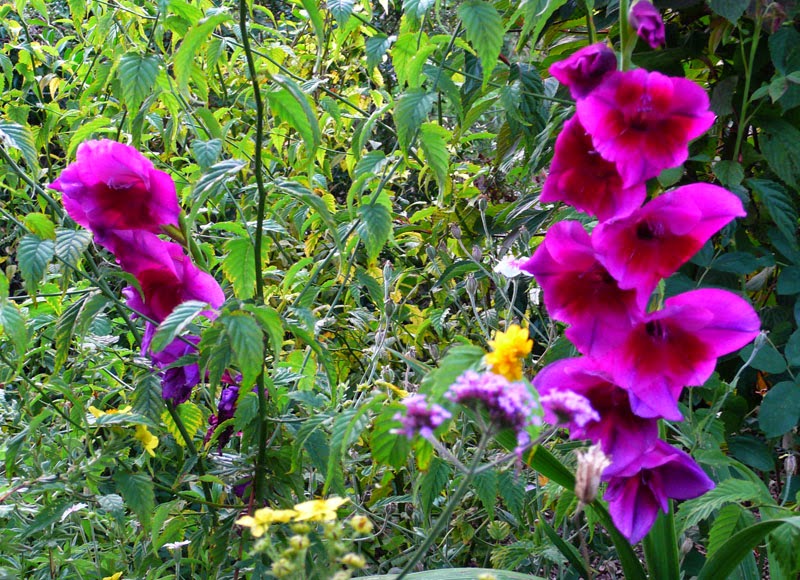 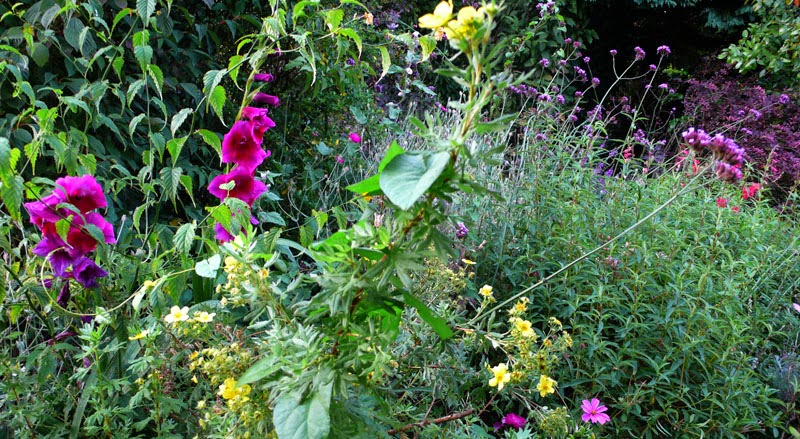 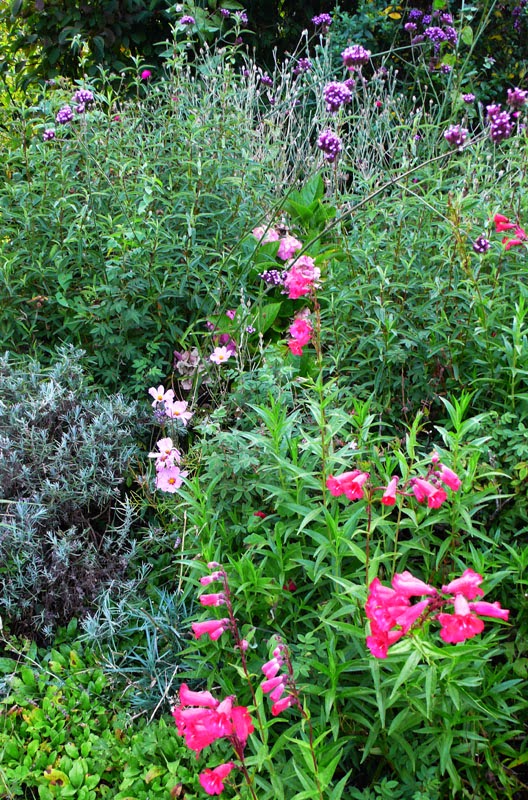 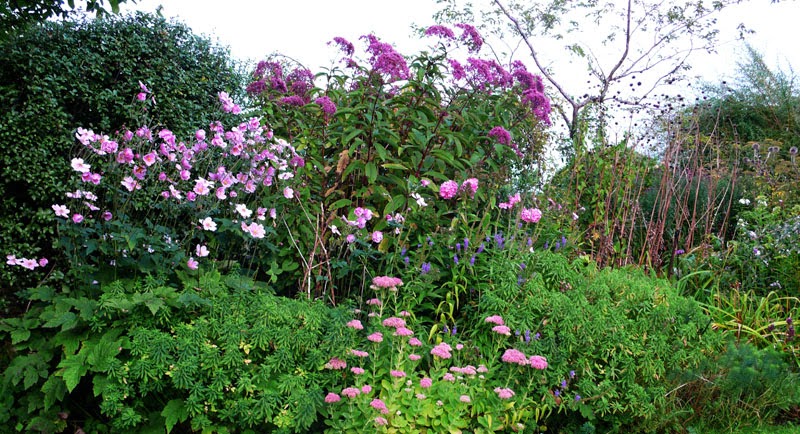 We were out of bread so Himself made some soda bread with buttermilk, a bit of bicarb and a mixture of spelt and rye flour. 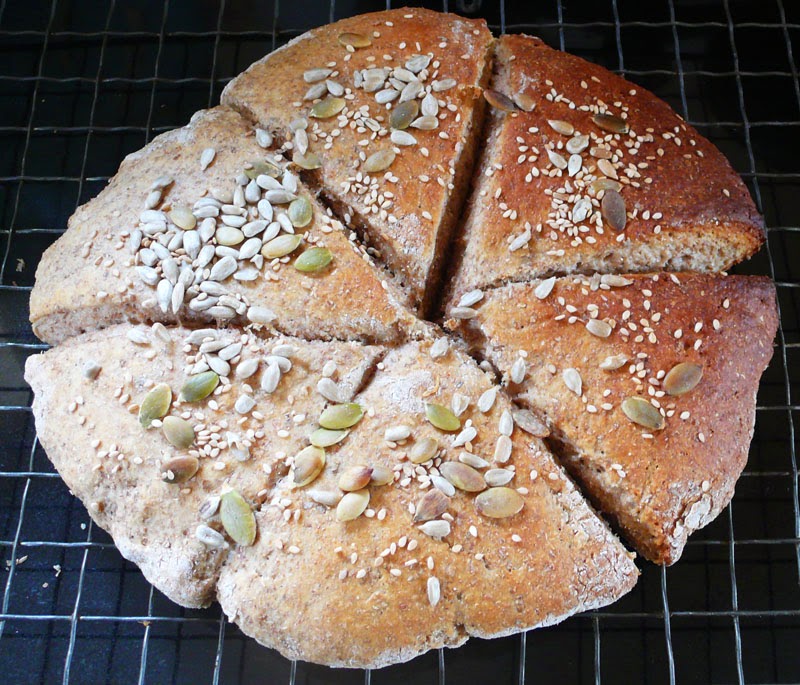 I was out picking rose hips to make syrup. 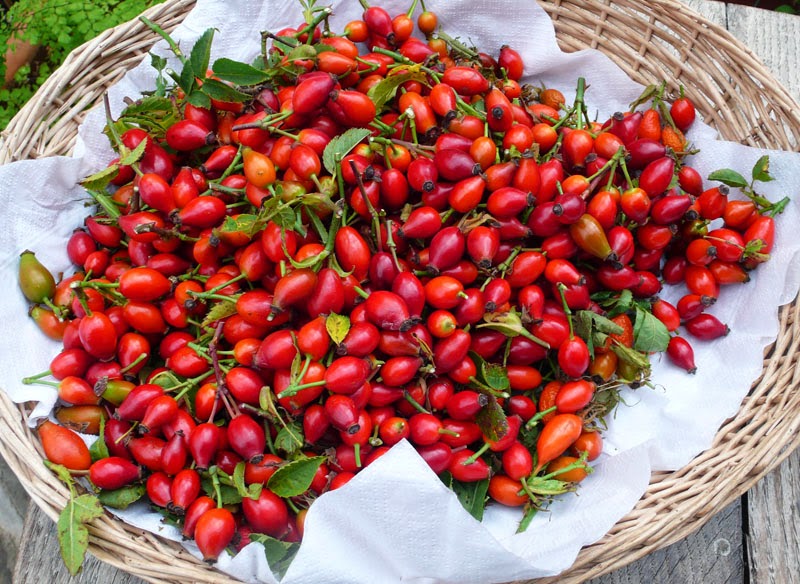 It's a good year for hedgerow bounty. 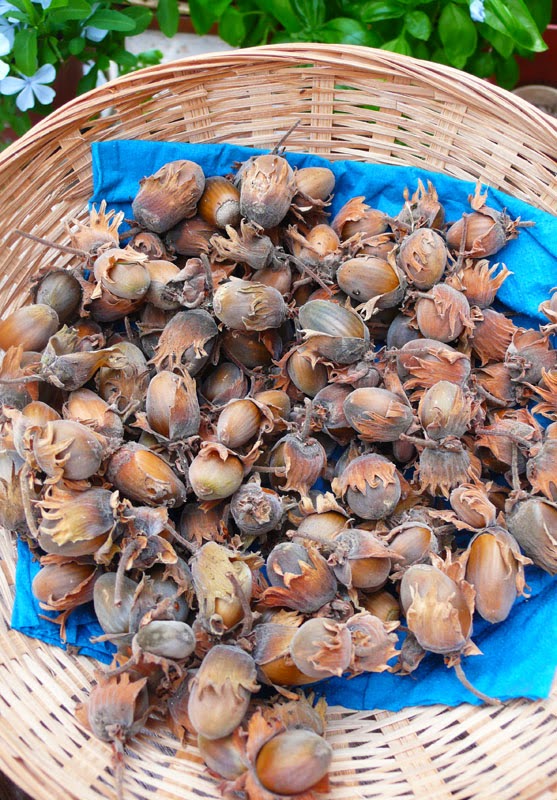 The sun has been masked in cloud and mist all day. I wanted to take a photo for Friday skywatch but there was nothing special to see, just a pale, hazy sunset to end a lovely autumn day. 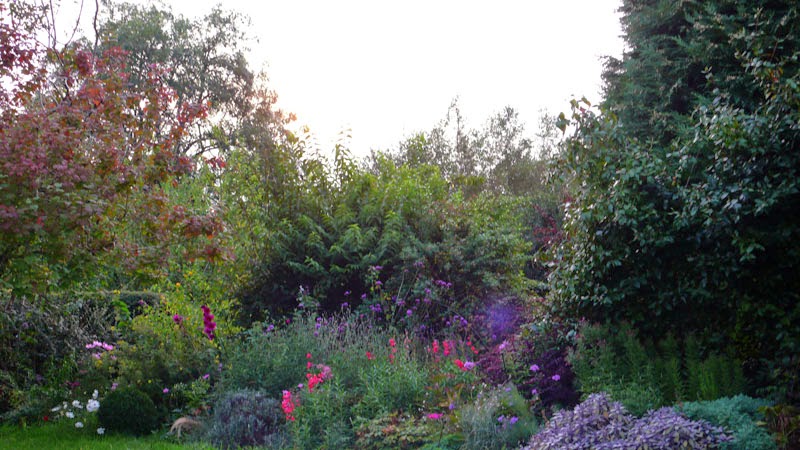 Wishing you a lovely weekend. 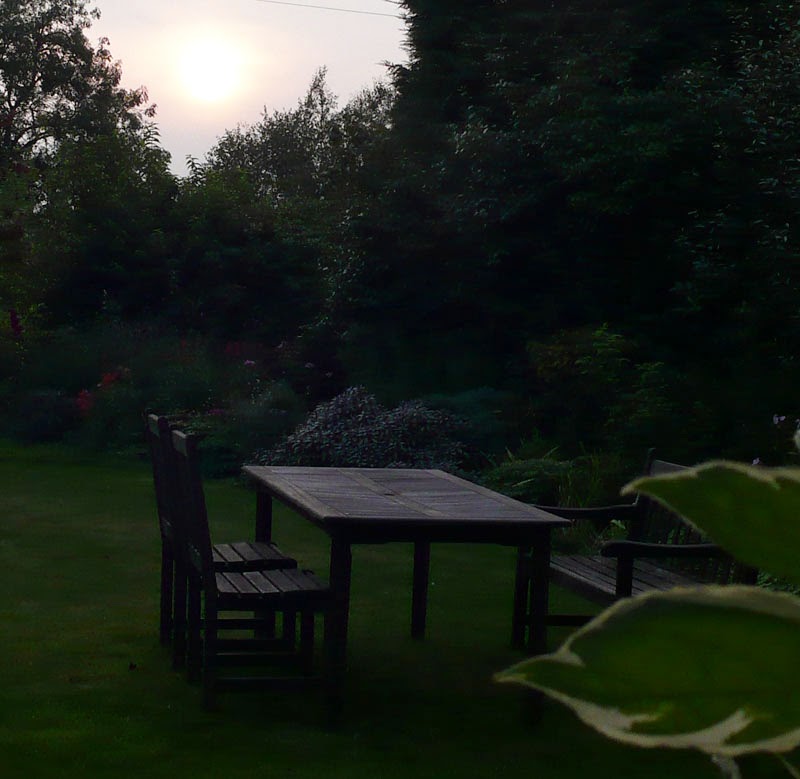