We've been galavanting, a couple of nights away exploring a different part of the country. The first garden that we saw involved driving through some desolate countryside. The road went beside Camber Sands where the film, "The Monuments Men" was filmed with the actor George Clooney, amongst others. (Whenever Himself goes for a haircut he asks if they will make him look like George Clooney. Ha ha. They usually indulge him with a smile but on the last visit he had a new young hairdresser. "Not a chance," she replied.)
It was bleak - the landscape, not the haircut. 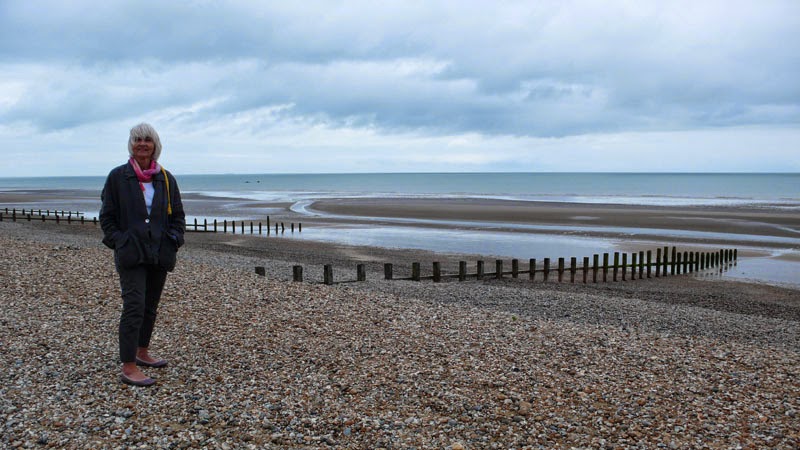 We were looking for the garden of the artist and film director Derek Jarman who died in 1994. He created his garden in Dungeness within sight of the nuclear power station. "Paradise haunts gardens" he said, "and some gardens are paradises. Mine is one of them...."
Then we saw it, 'Prospect Cottage' 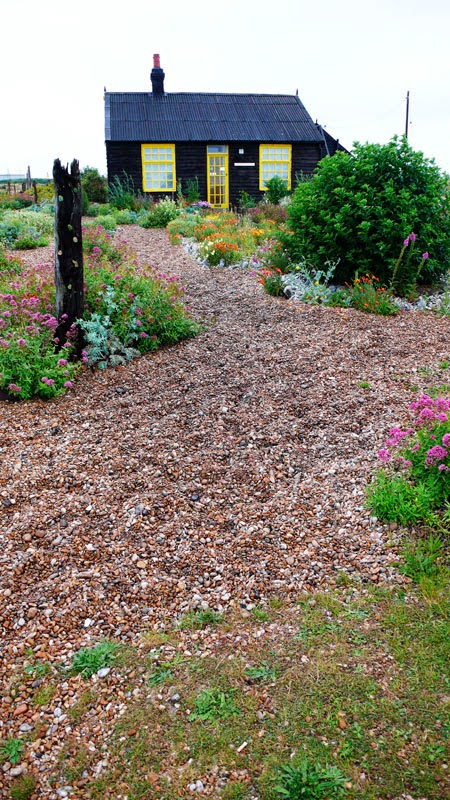 It's a small timber building with a tin roof, and it could be described as a shed. 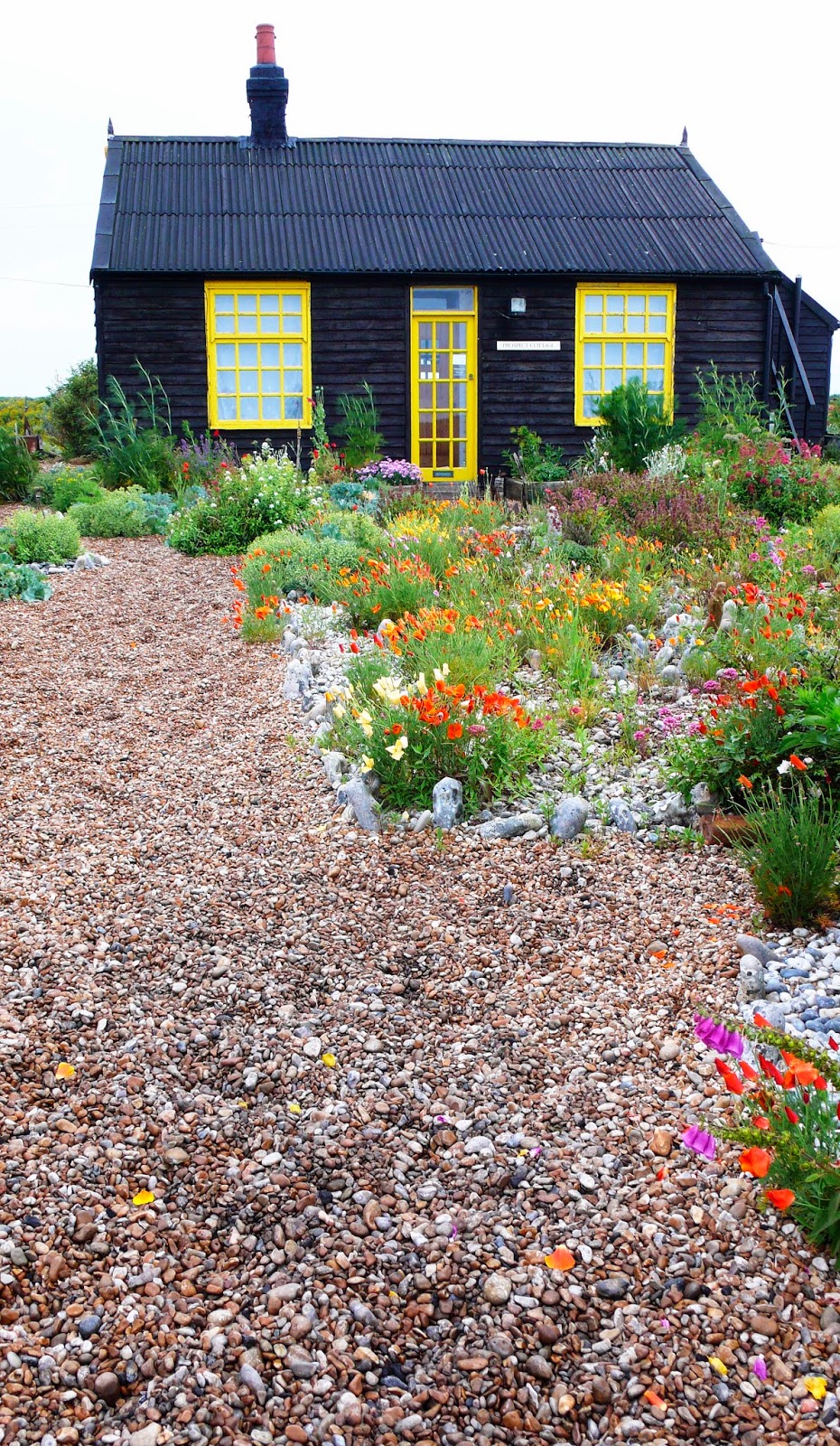 But, oh, those windows with the black - I'm a sucker for a bit of colour! 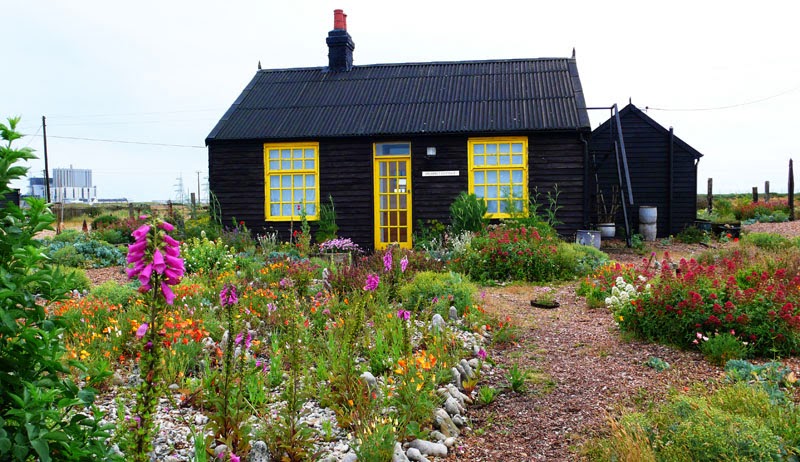 The planting is simple but effective, linking the building to the ground, the plants needing to survive the salt air and winds and possibly also the effects of being so near to a nuclear plant! (You can see the power station in the distance in the left hand corner of the photo above. You wouldn't get me living there.)
Clumps of sea holly growing in the thick layer of pebbles looked quite sculptural 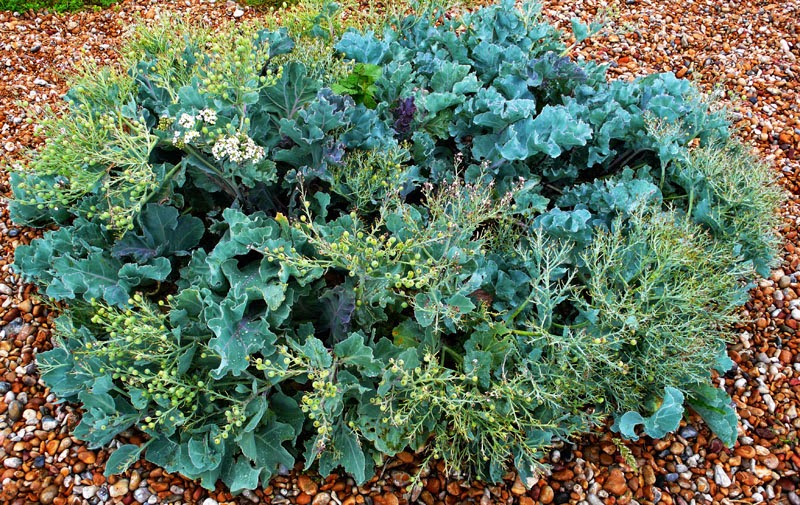 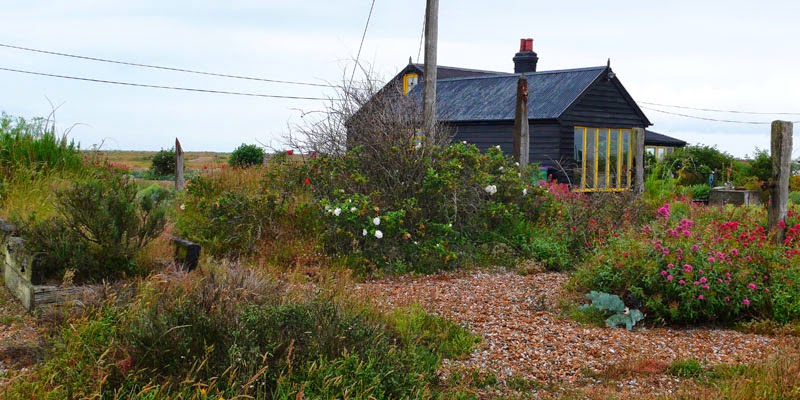 and old beach groynes set into the ground were like standing stones. 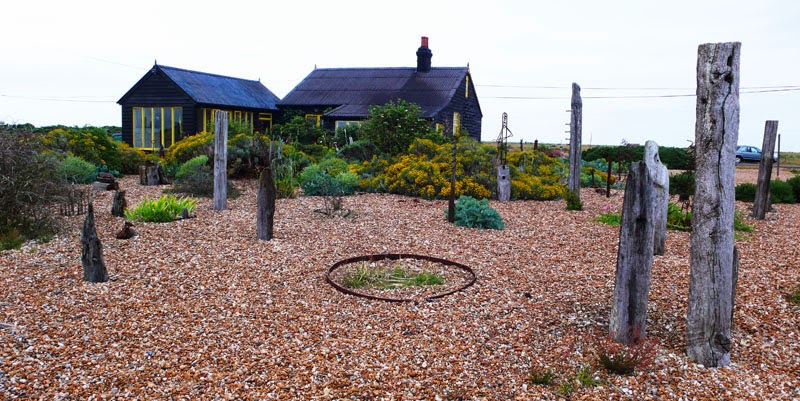 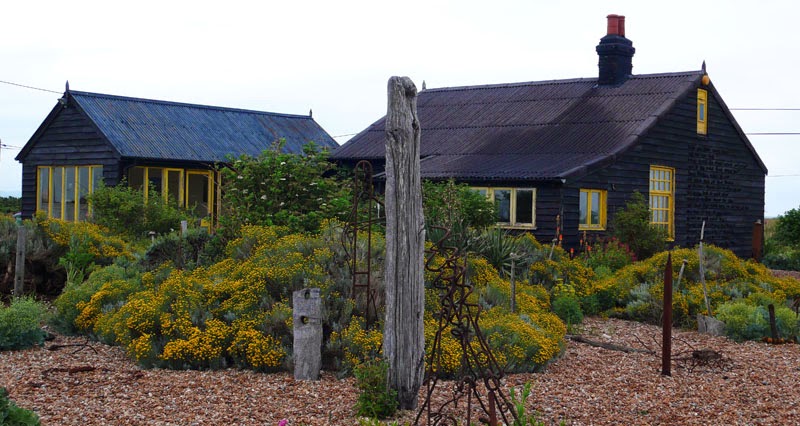 The house was not occupied but is privately owned so I walked respectfully around the perimeter and didn't intrude. On this wall wooden letter forms had been attached, 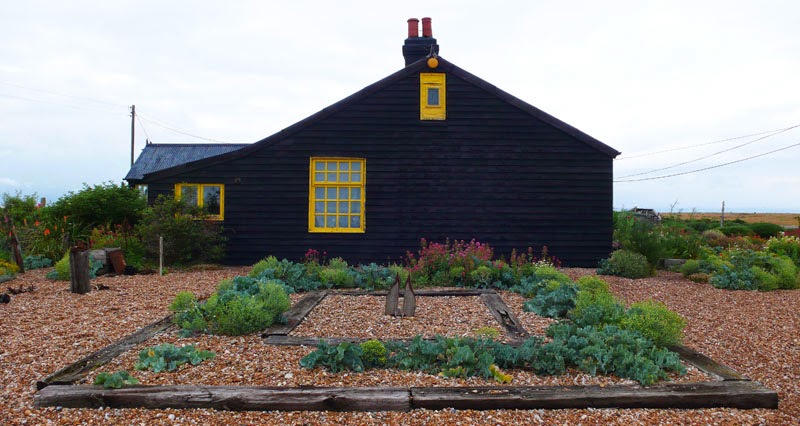 from John Donne's poem, 'The Rising Sun.'
"Busy old fool, unruly Sun'
Why dost thou thus
Through windows and through curtains, call on us?" 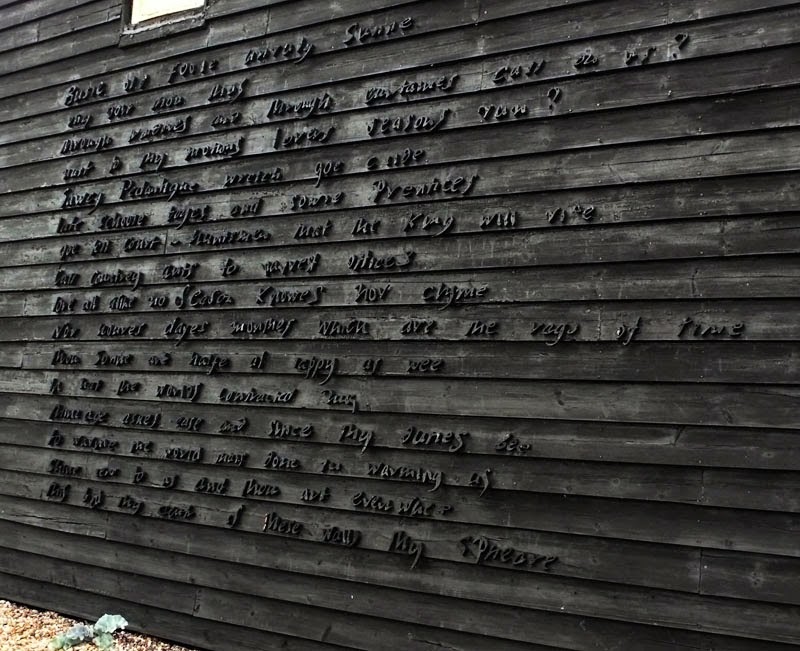 What a special place, it was a wonderful experience to see such a personal and well-loved creation.
Posted by Share my Garden at 13:39