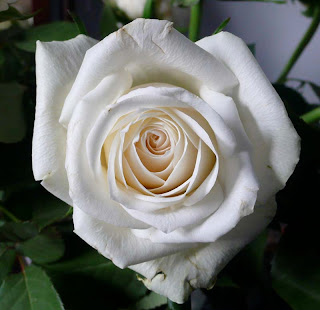 It has been confirmed today that the skeleton found beneath the car park in Leicester is that of Richard the Third, the last Plantagenet  king, killed at the battle of Bosworth, which marked the end of the Wars of the Roses. They plan to bury him properly in Leicester cathedral. What a disgrace! It's the last place that he would have wanted to end up, they should take him back to York. (I'm a Yorkshire woman, where the white rose rules!) 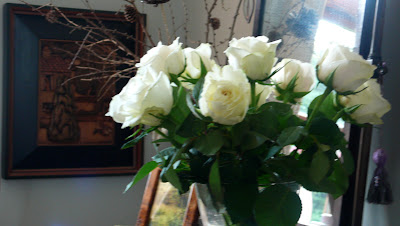 I bought these roses to take to a friend who has just had her sitting room redecorated. We were going to celebrate with supper. The flower buds were just the right colour, white tinged with green. Then I got ill. "Just enjoy the flowers yourself," she told me when I rang to say I couldn't come.
So I did! As you can see, they have opened to show a warm, creamy heart. And I am feeling much better! 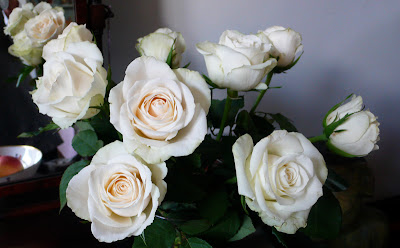 Heidi's present, some weeks ago now, of pussy willows are still a delight 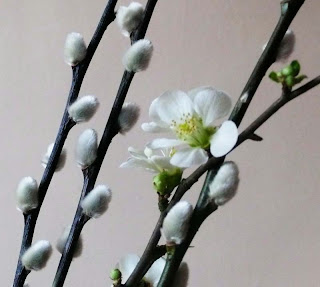 as is the new orchid stem from the plant that Lindie gave me last summer. 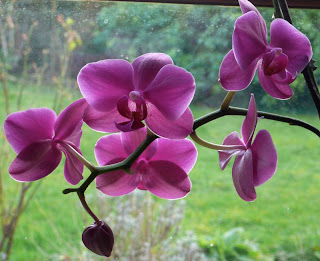 I picked a few small flowers from the garden 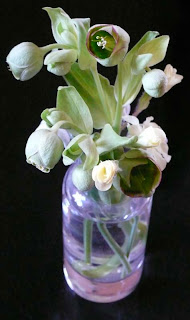 so very precious at this time of year. 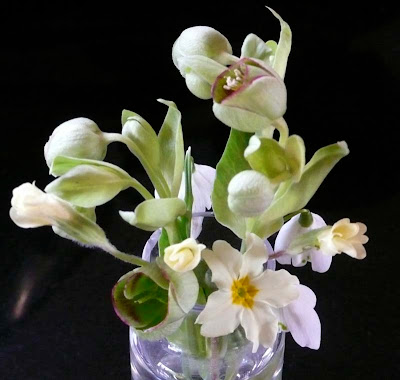 for Jane's Flowers in the House at
flwrjane-smallbutcharming.blogspot.co.uk 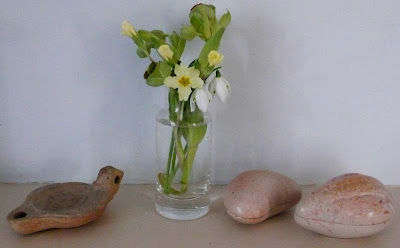