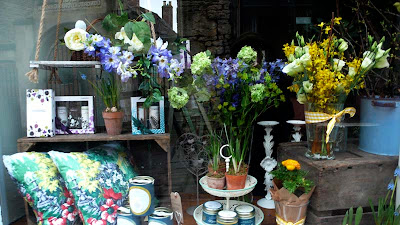 What a disgraceful day today was! One for just hugging the fire. But no, a potato and seed swap day had been advertised and I had packed my copious amounts of harvested coriander seed and broad beans into neat little packets. The weather wasn't going to stop me from going out to SWAP! 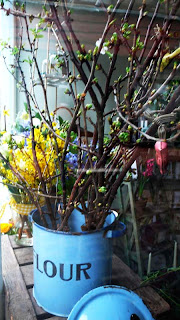 I assured Himself that this was a money saving event. He looked a little doubtful. We arranged to meet up with friends and follow up our swapping with a drink and a natter.
The gardening stalwarts turned up in waterproofs and wellies.

The potato choice was fantastic! A different variety in each of these tubs.
I bought a couple of early maincrop, 'King Edward Red', a 1916 sport of King Edward which is supposed to have a better taste than its parent and 'Rudolf' which is described as 'top taste' - we shall see! I also bought some waxy salad potatoes 'Belle de Fontenay', as the label read that they improve with keeping.
(I'll still be planting my regular favourites, 'Foremost' for my early and 'Charlotte' for main.) 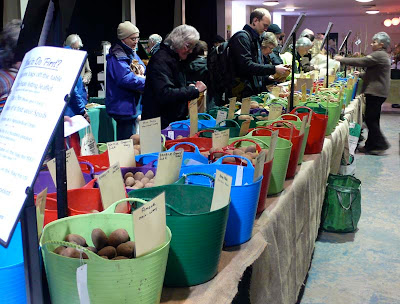 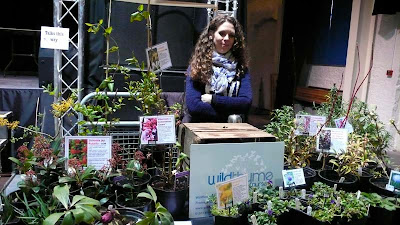 Some of my swaps. I'm not too sure what they all are - Shoo Fly?! 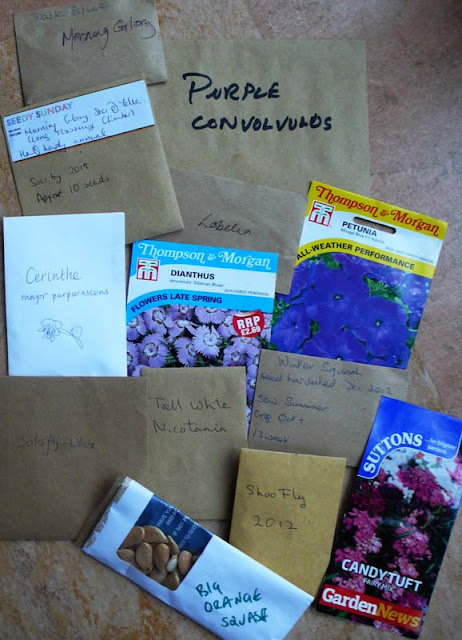 I also bought a few seeds from a couple of nursery stands. The Herbary's 'Sugar Ann' mangetout cropped so well for me last season that I have restocked for this year and added some different varieties of squash. 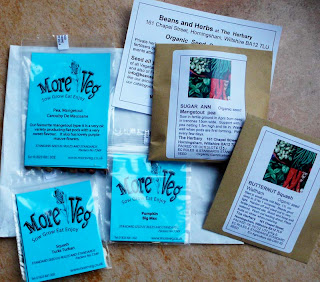 But nobody had warned me that they were going to be selling roses!

And that's when the 'money saving' notion went out of the window.
But I showed great restraint and only bought two. 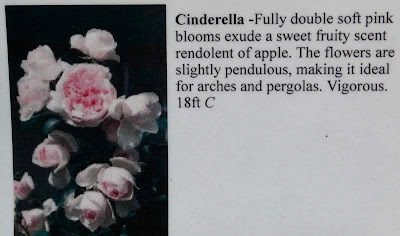 I don't yet know where I'll plant Cinderella,
but aren't the labels lovely? You can see why I couldn't resist. 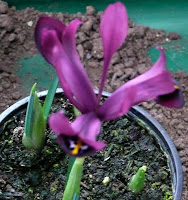 And  a little iris that I was assured would clump up well.
(Now that's what I call a good day's shopping!)