It is saying something about my present quality of life when a man coming to dig a hole in our drive is the most exciting thing to happen in my week/month. I think I mentioned in an earlier post that a pool of water had sprung up in front of the garage and we were having to dodge around it if we needed to get the car out. Since we have been going nowhere for months on end this hasn't been a problem. We have had so much rain that water is everywhere and I wasn't unduly concerned, the water table must be at it's highest. Did we have an underground spring? "It's annoying," I told Himself, "but it will disappear once the weather dries." But he is cut from a different cloth. He had a poke about and announced that the water was running. A phonecall to the waterboard brought a man out immediately. Leaks are taken seriously - the country is awash with them. The man tested the pool and announced that it was drinking water. Quelle horreur! Some years ago a small leak had appeared on the road outside our bolthole in the Yorkshire Dales. No great surprise given the enormous brutes of farm tractors that trundle past. That escape of water had cost us hundreds of pounds, were we in for another large bill? 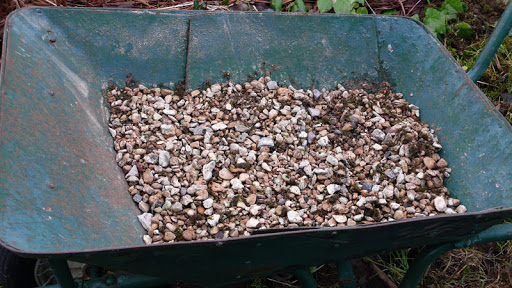 The very next day a couple of men appeared with shovels. I'd already scraped some of the surface stones to one side 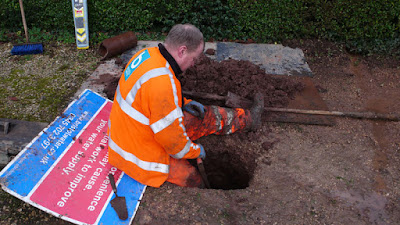 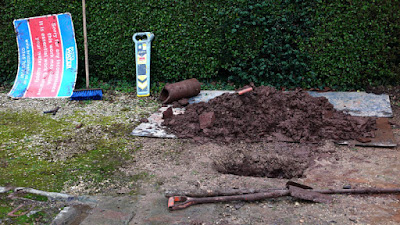 Himself inspects the replacement. 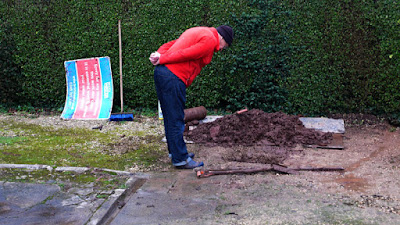 Excitement over, it's mended. 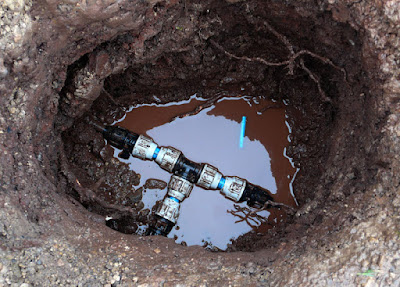