Our younger daughter and her partner RK  bought their house a few years ago knowing that it required quite a bit of work. It turned out, as is often the case, to need quite a bit more than was anticipated. The roof was to fix, drains needed to be dug up, quite apart from their plans to knock down various internal walls and rearrange the living space. They are both keen gardeners, but lack of time and finances meant that the garden would have to wait. It is a steeply sloping site with shallow acidic soil. The house had been occupied by an elderly man and the garden left to riot, which, for me, had its own charm. The far end of the garden disappears under a canopy of tall fir trees and it will be a great place for our grandson to make dens when he is a little older, but before that a flat area was needed for kicking a ball and erecting his slide and swing. 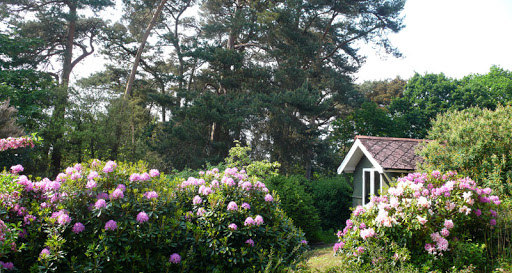 Well, furlough has been quite a blessing, for while our daughter, Wee One, continues her work with the NHS, RK has been home and working on the garden, moving mountains of earth deposited on the front drive round to the back in order to create a more usable space. There were various plans made, lots of scribbling on bits of paper and string laid out on the ground while decisions were pinned down as to what should go where. 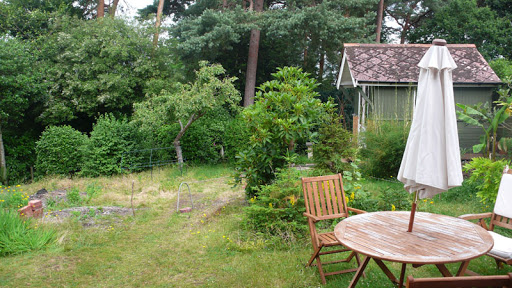 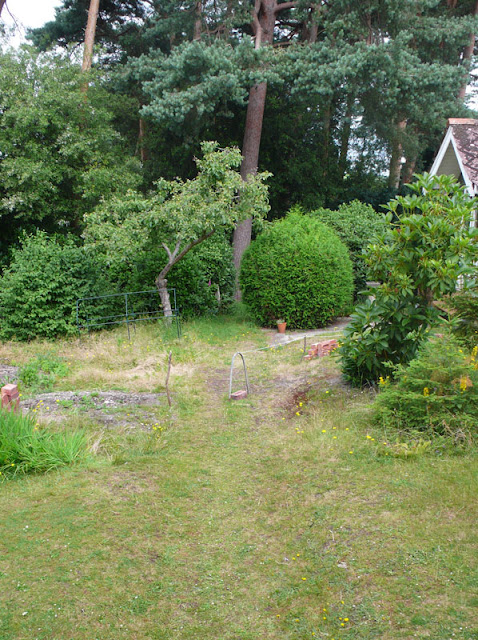 Now the retaining walls are in place and steps have been built to link different flat levels. Once the soil has settled the best bit will happen - planting! 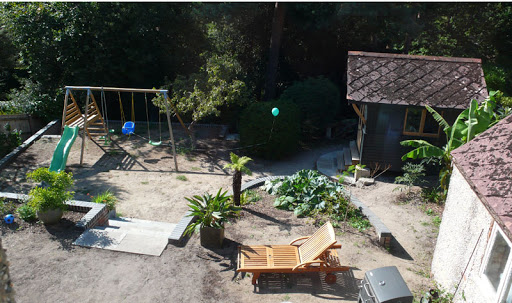 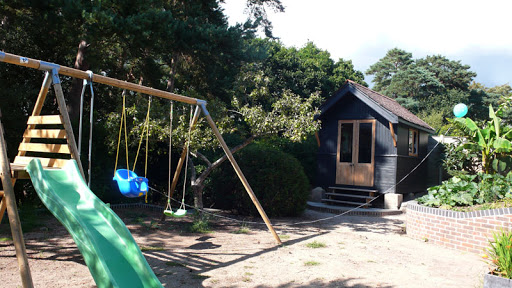 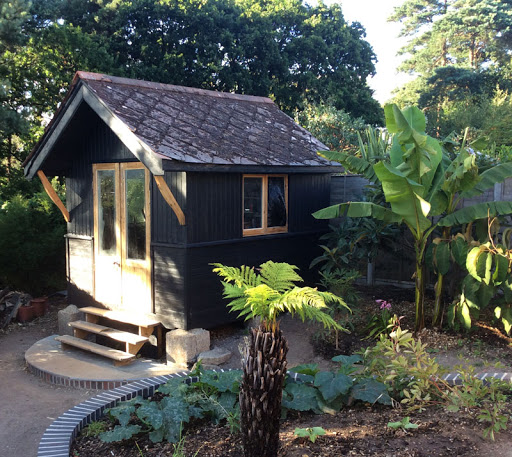 I had been itching to see the work in progress but was confined to quarters because of the lockdown,(probably a great relief to RK that I was not around to pester him with my own suggestions!)  so last weekend was our first visit. Even at this early stage it looks lovely. How exciting!