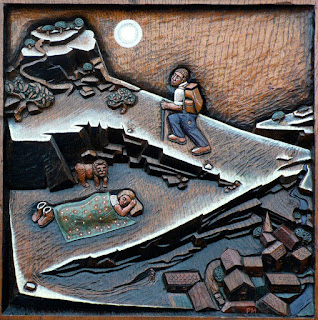 The Pilgrim, copyright of Peter Murphy.
When Wee One and family were home the other week we ended up with three tents pitched on the lawn. They looked like a version of the three bears, Wee One's large, newly-bought second-hand tent, our old family tent, and the tiny one-man tent that Himself had used on his backpacking trips. How nostalgic he was about the latter! "It's great," he said, "and just as good as new." He went inside and lay down in the small space. I watched from the kitchen window as he crawled slowly and awkwardly back out. Should I go and help to extricate him? Oh, yes, our camping days are definitely over!
Every aspect of his backpacking had been a wonderful antidote to the stresses of his work. The equipment was very carefully chosen to be as light and practical as possible, the camping stove an ingenious object no larger than the palm of his hand. Maps were poured over, detailed plans made. I did the drop-off and collection at the end of some of his trips in various parts of the country, the Cleveland Way in Yorkshire,  the Brecon Beacons in Wales and parts of the South-West.

Bending to pick strawberries in our weed-strewn patch was just as awkward as crawling out of the small tent and it made me think how much easier it would be if we had a raised bed. Resistance from Himself - he saw carpentry work looming. But I measured up and got prices for wood from local firms. All were more expensive than pre-cut raised bed packs found on the internet. Early one morning a few days later this neat stack of four packs had been left inside the gate. 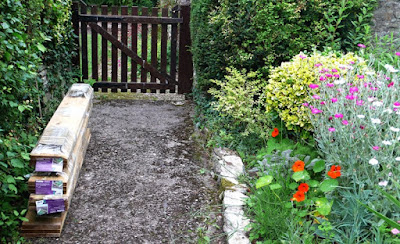 I had already cleared the ground and ordered 1.5 tonnes of topsoil. 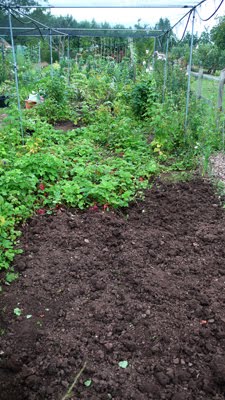 First to be constructed was a double height bed, one bed set on top of the other. There is no problem going to be had with dicky knees here!

The remaining two beds have been set down singly. 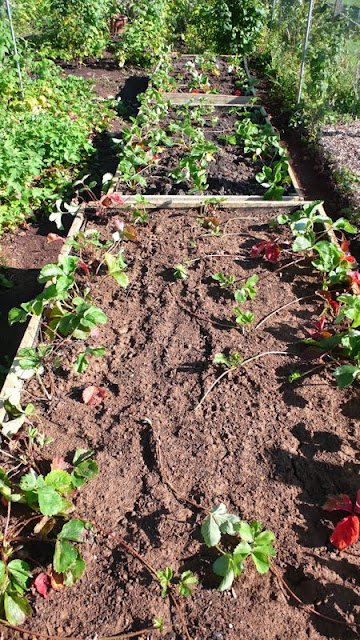 In the autumn the task will be to sort out the raspberry canes. 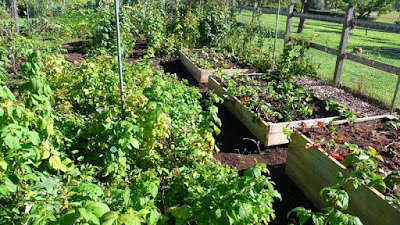 When the beds were done Himself looked at them and said, "You could buy a lot of strawberries for that." Was I mad - almost raised voices! He'll never make a gardener. (He was right, of course, but that's not the point.)