To mark the 75th anniversary of VE Day the Sutton's Seed Company asked people to send in photos and stories relating to the 2nd World War 'Dig for Victory' campaign and to say who or what inspires them to garden today.
This is the introduction to their 1941 catalogue.
It is the bounden duty of those who have even the smallest space to cultivate, to do so intensively, that the brave may be fed and that the lifeline of the Atlantic be not unduly strained.

I sent in a photo of this scruffy little book. It looks very dull, but it is a book that I treasure greatly because it maps out the orchard and garden that I watched evolve and where I played throughout my childhood. 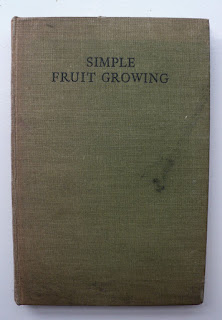 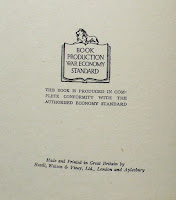 My father bought the book while he was serving in the army and he covered the end papers with a plan of the trees that he intended to plant once he returned home. He started planting in 1945 and continued doing so for a number of years. He laid out a formal rose garden and the central bed was filled with 'Peace' roses, a rather ugly scentless cabbage of a rose, bred in France in 1945 and extremely popular because of it's name. 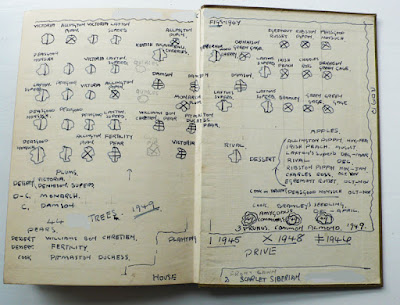 My love of gardening stems from the enthusiasm of my father and his elder brother, William. After visits to Uncle Will I would return home with large posies of sweet peas or luscious black grapes from his greenhouse. My mother was completely disinterested, her head stuck in a book or the daily crossword. When I had grown up and moved away from home, phone calls, usually on a Sunday morning, would keep me up to date - the clematis is looking good, the peonies are flowering and so forth. I miss those conversations still, but  happily they continue in a similar pattern with our daughters. Sometimes I long to pick up the phone and say, "Hi, Dad, Mr Pick's iris are looking wonderful!"
Talk of problems in the food chain, due to the virus, has prompted me to give careful consideration as to what to grow in the veg plot this year. The weather, until today, has been kind and most things have been planted out. Have I been too hasty? There is a bitter wind out there, I'm skulking inside, but my plants are getting hammered! 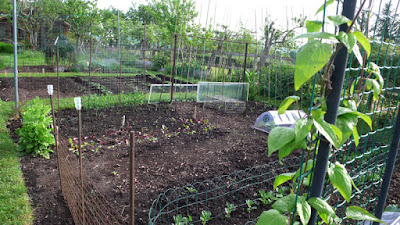 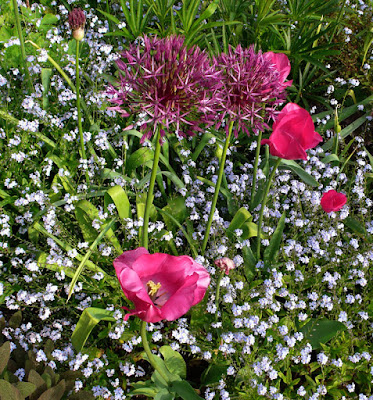 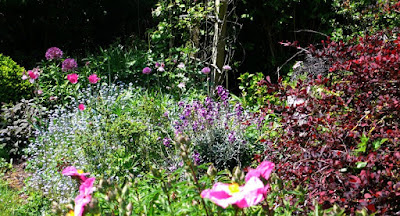 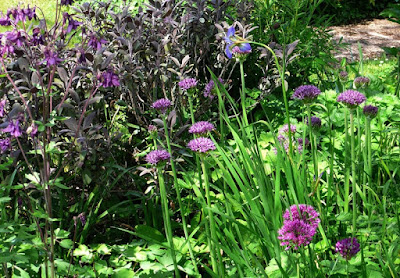 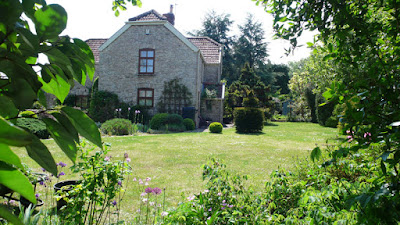