And the winner is...

Our elder daughter made a passing reference to her father in the national press about his efforts to retrieve the bucket that he'd dropped down the well. She mentioned his various 'Heath Robinson' attempts at retrieval. (The man does have form!) He had exhausted the grappling hook and the large magnet loaned by our neighbours. (He had also exhausted the patience of his wife.) The letters editor of the paper was amused by the response that came from readers offering a variety of novel suggestions. 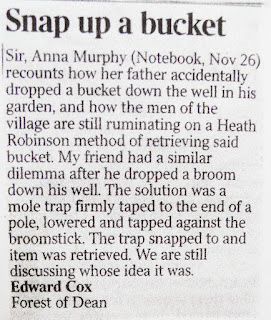 Himself set to work and taped one of our mole traps to a long pole. 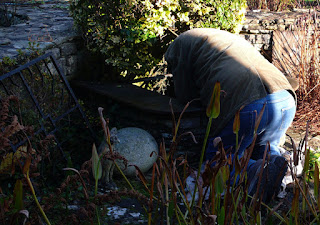 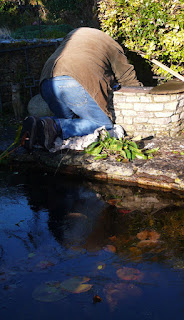 Sadly the answer was no. 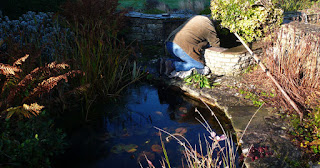 I'd been seeing this headless body for weeks!
(What would Freud have to say?) 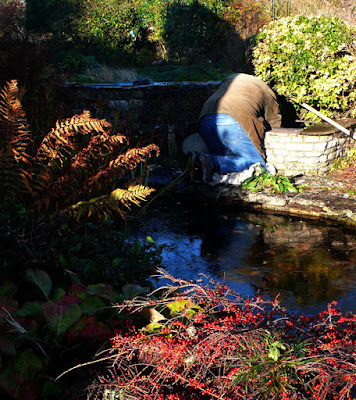 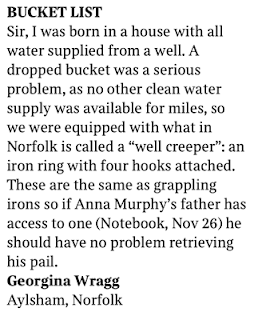 Back to the drawing board, or, more correctly, back o the garage to construct a 'well creeper'. He made it from a cast iron ring that is a spare part from the wood burning stove, an old meat hook, five more hooks made from an old coat hanger, all attached with various bits of string.
And GUESS WHAT? It worked! 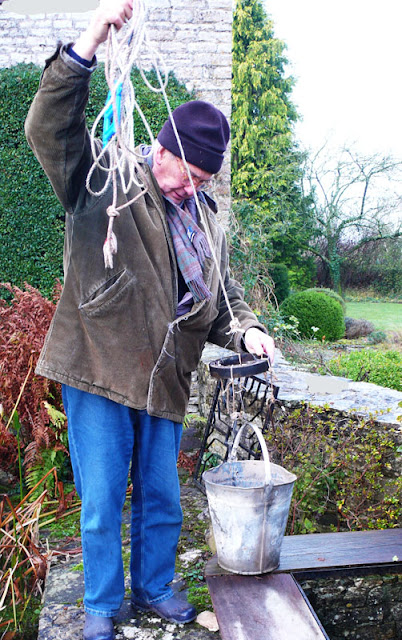 Just look at that bucket. What a wreck! And it has a hole in it, but he was determined not to leave it down the well.
Just to round the year off well his letter of thanks was printed  in the Times.