It's a busy and gluttonous time of year with so much food in the garden to eat or preserve in one form or another. I've been making chutney with the plums. It will need at least three months to mature so should just about be ready to eat by Christmas. 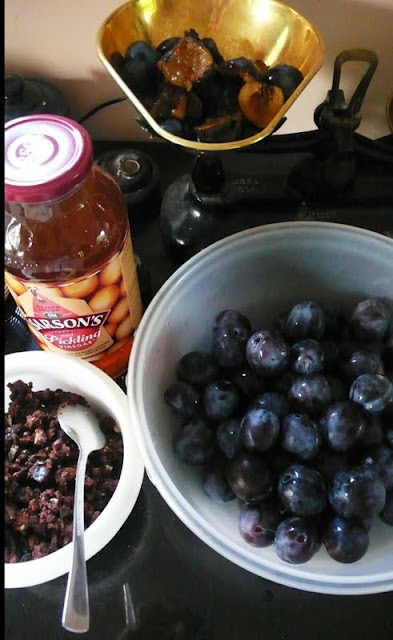 Put  the plums in the pan followed by the grated apple and onion. Add the other ingredients, sprinkle on the salt and stir. Pop in the muslin bag and bring to the boil then leave it to simmer for a couple of hours or so until everything has thickened. 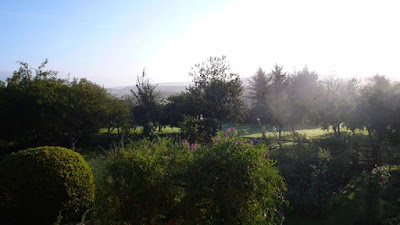 I hate to say it while we are still in August, but there is a decidedly autumnal feel to the days. 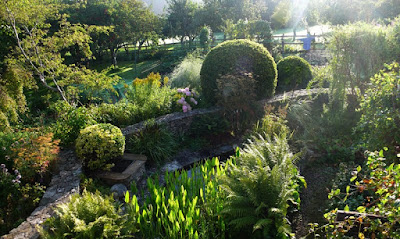 The garden is looking a bit raggedy. 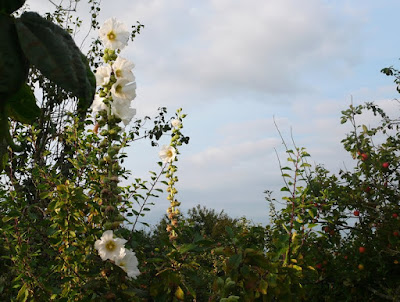 The leaves are dieing away from the squash plants so I can now see what has been growing beneath. 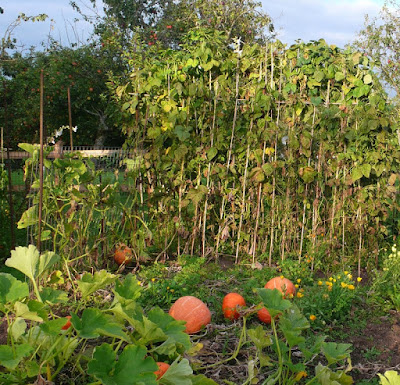 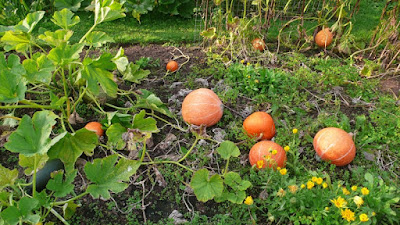 One or two monsters. 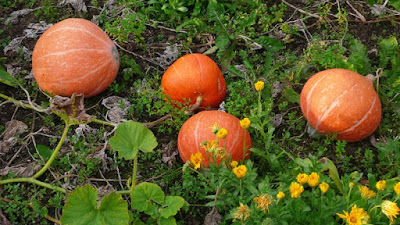 I've lost track of which varieties are which.

The sweetcorn is ripe - and tasty! 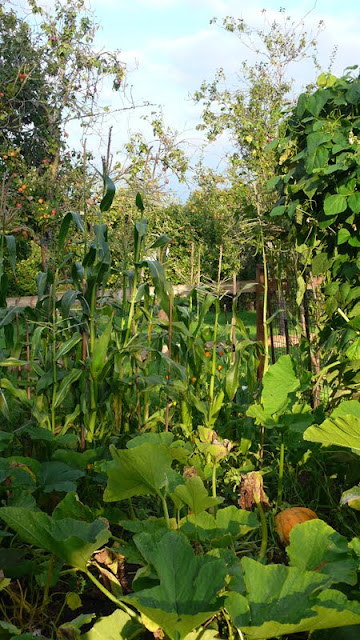 After chopping back the delphiniums, 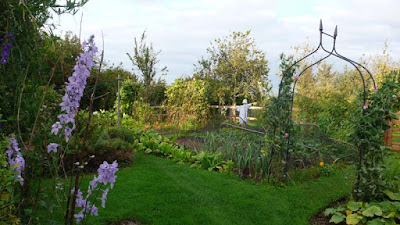 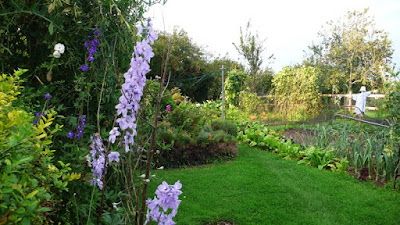 I've moved the scarecrow to a new position to warn away the deer.
Ever the optimist.