En-route to staying with our younger daughter, Wee One, we booked into the Ocean Hotel on the Isle of Portland. There it is in the photo below, looking like a scene from a prison movie! Well, what a strange experience this was! Do you know what Marmite is? It's a dark brown, gloopy yeast extract that comes in odd-shaped little jars and the marketing slogan states, 'love it or hate it'. I hate it. The manageress at the hotel told me a bit of the history of the isle. "It's like Marmite," she said, "people either love it or hate it."  'nuff said! 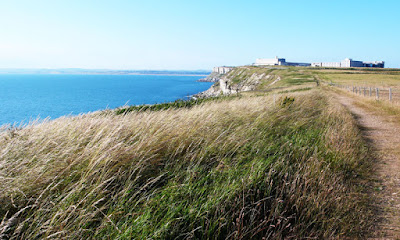 There is one road between Portland and the mainland, before it was built people traveled to and fro in small boats. Portland Harbour is one of the largest man-made harbours in the world, built in the mid eighteen hundreds and used by the Royal Navy until 1995. It's now a civilian port and recreational area, used in the 2012 Olympic Games. 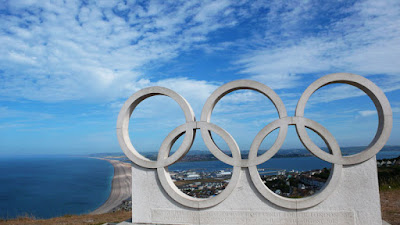 The hotel building occupies part of the site that was built for the Ministry of Defence, housing the Admiralty Underwater Weapons Establishment. At one time three thousand scientists and administrators worked on the site which closed in 1995. Now it is a business centre - and rather creepy! We decided to walk to look at the lighthouses on Portland Bill that we could see from our bedroom window. "Be back before eight," we were told, "when the gate in the fence will be locked." Escape from Colditz wasn't in it! 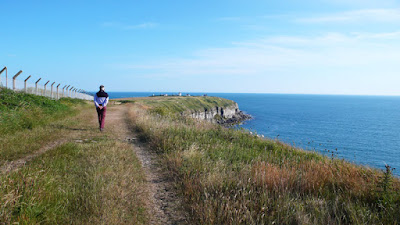 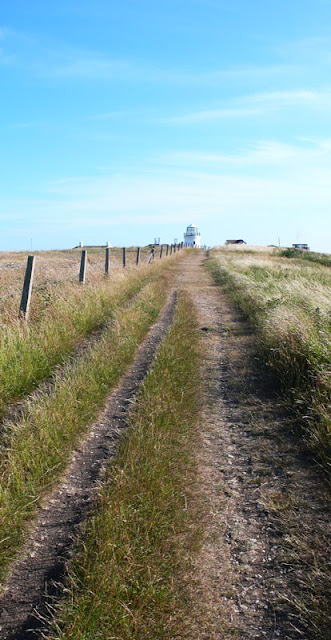 There are three lighthouses on the Bill, only one of which is in use for its original purpose and is remotely controlled. 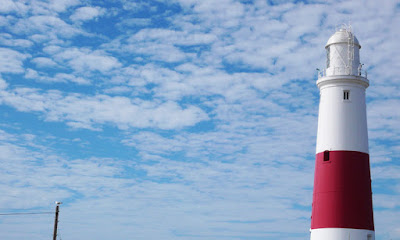 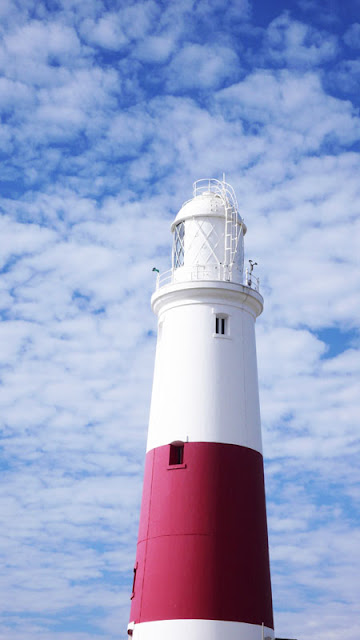 The others are holiday apartments and a bird observatory. At the hotel they told me that Marie Stopes (who founded the first birth control clinic in Britain) stayed in the white lighthouse and scandalised the locals with her parties and her two-piece bathing costume! 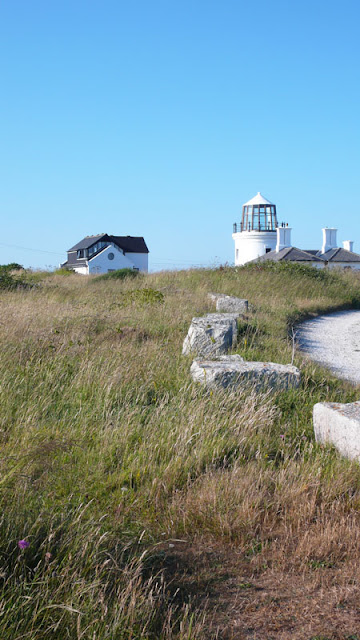 The rooftop terrace gave a good view  of any ships passing the southern tip of the island. 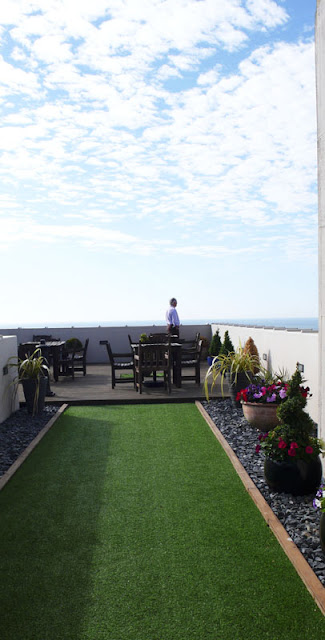 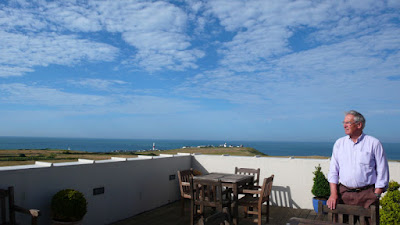 But it was a lot less windy one floor down in the restaurant! 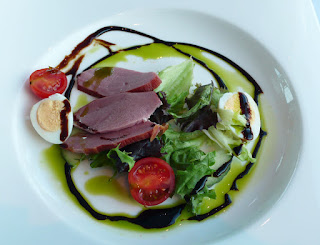 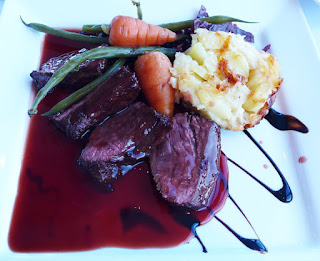 It looked good. Could I get my knife to cut it? No chance. A quiet word to the waitress, a steak knife was offered. I pointed out that if a knife couldn't cut it my teeth wouldn't do much better. Back the venison went to the kitchen and out came a tender piece of chicken. I can't fault staff who pleasantly resolve a problem - but a properly prepared chunk of venison would have been a treat.
An indulgent pud can always put a smile back on my face. 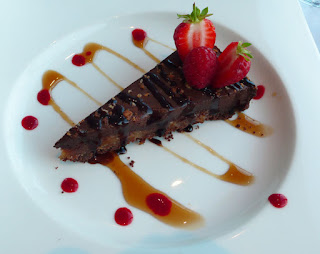 We had a big, comfy bed but I couldn't escape that old MOD aura and the long corridors reminded me of stays that I've had in Russian hotels.  Ssh, don't divulge any secrets. 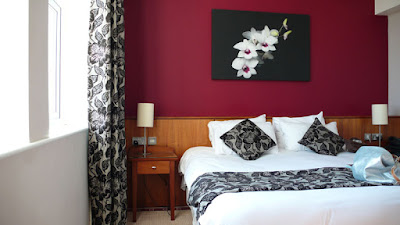 Or capture them on film! 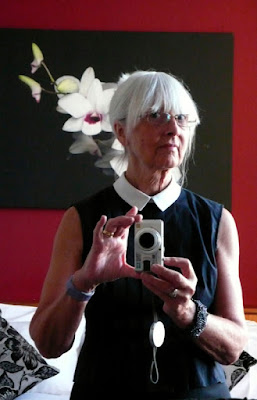 The view from the hotel reminded me of an Andrew Wyeth painting. 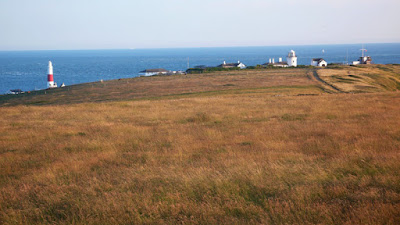 Portland is famous for the quality of it's stone. It's a light grey limestone that has been used  to build some of our most important buildings such as St Paul's Cathedral and Buckingham Palace. It has also traveled to far distant places, being used, for example, on the UN headquarters in New York. 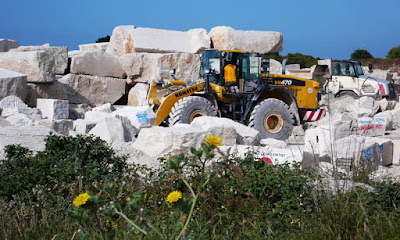 On our way back to the mainland we stopped at Chesil Beach. 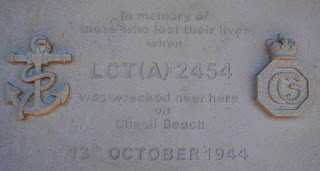 A long wooden bridge took us over the tidal inlet. 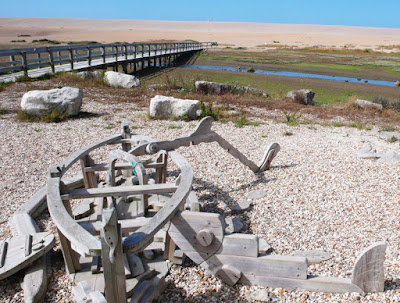 It was imaginatively decorated with images of the wildlife to be found in the area. 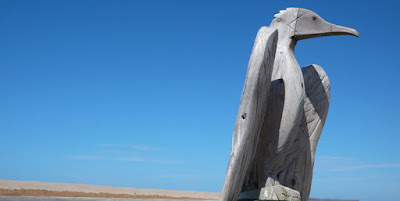 A shoot was in progress.

I had to go and see what it was all about!

A costume constructed from a children's toy. 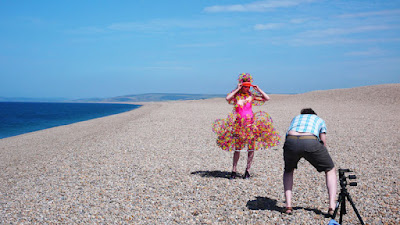 He took MASSES of photos. 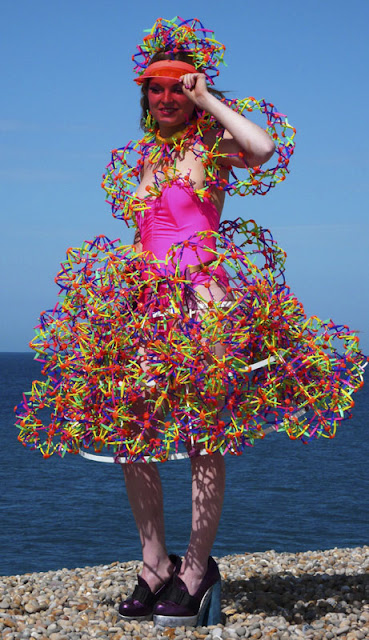 I wonder what he did with them? 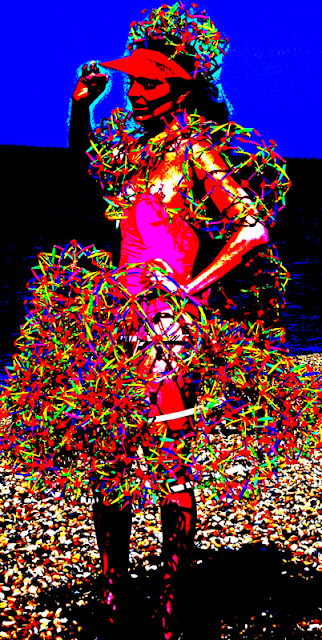