What's going on in the garden 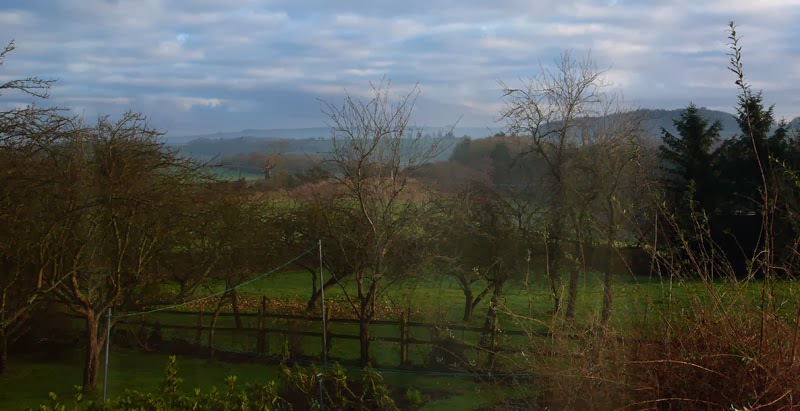 We've had a few hours of sunlight each morning before the inevitable downpour of rain. There has been no work done in the garden since the car crash last October and there's a great deal of catch-up needed. I usually lift and divide some of the perennials in the border and try to remove strands of the dreaded bindweed and even more troublesome ground elder every the autumn, but there was no chance of that last year. Yesterday I took a look at the messy beds, took out my new secateurs and cut off all the old plant growth. It started to make things look a bit more promising. 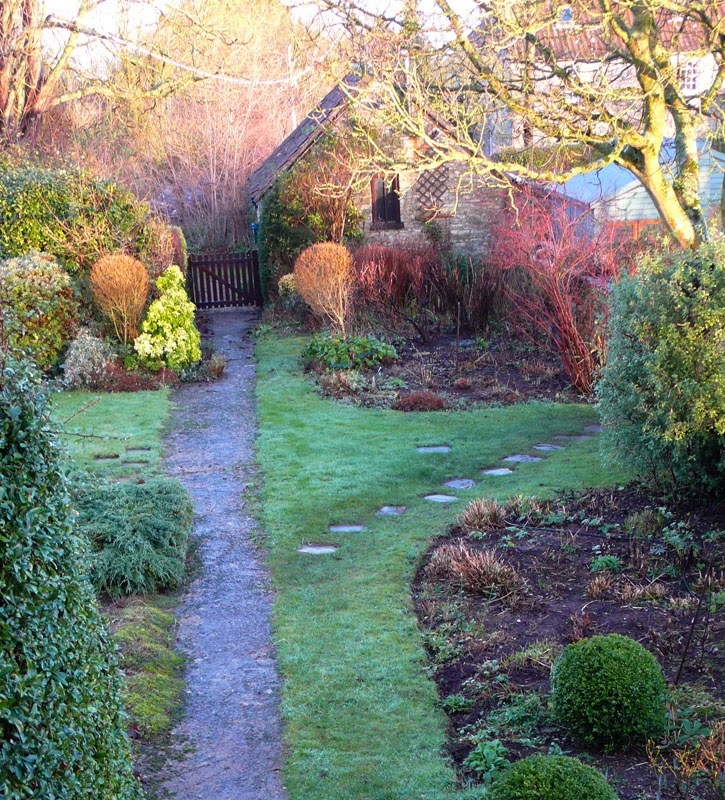 There were plenty of fresh shoots hiding under the old foliage. 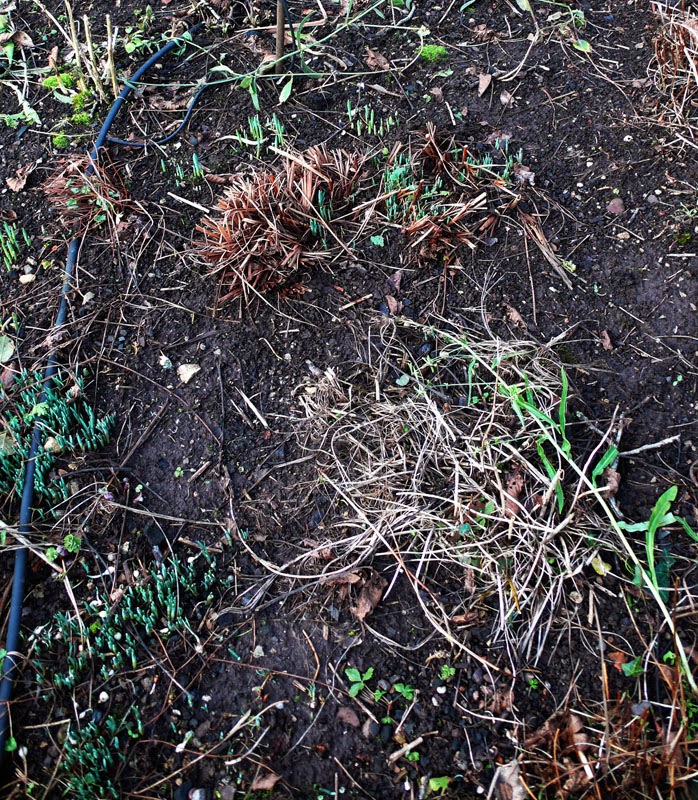 But the garden is an unedifying sight at this time of year. 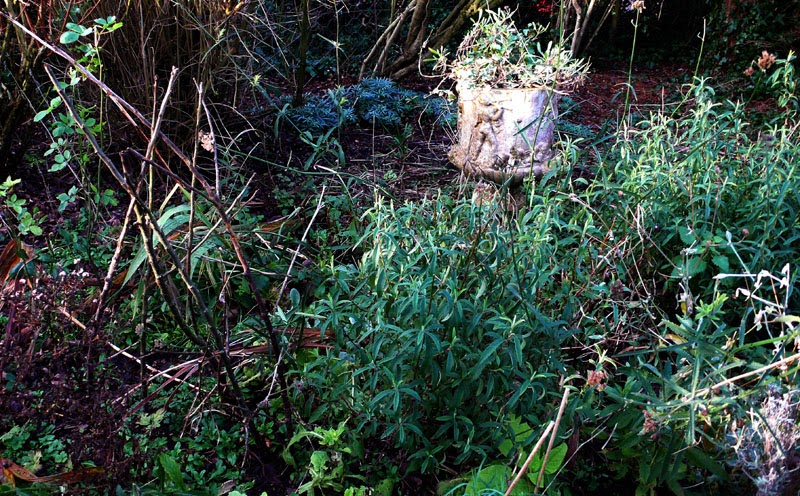 Crops in the vegetable plot are getting thin and looking very rain battered, but we've eaten well from them, so no complaints. Plenty of sprouts and a few red cabbage to go. 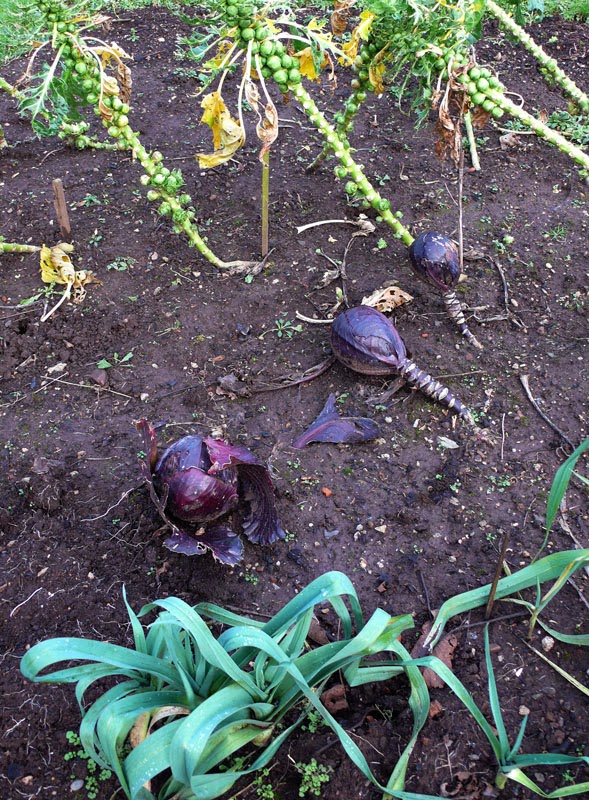 The parsnips are starting to re-sprout - should I dig them all up now? And, as you can see, no-one wants to eat the Swiss chard! 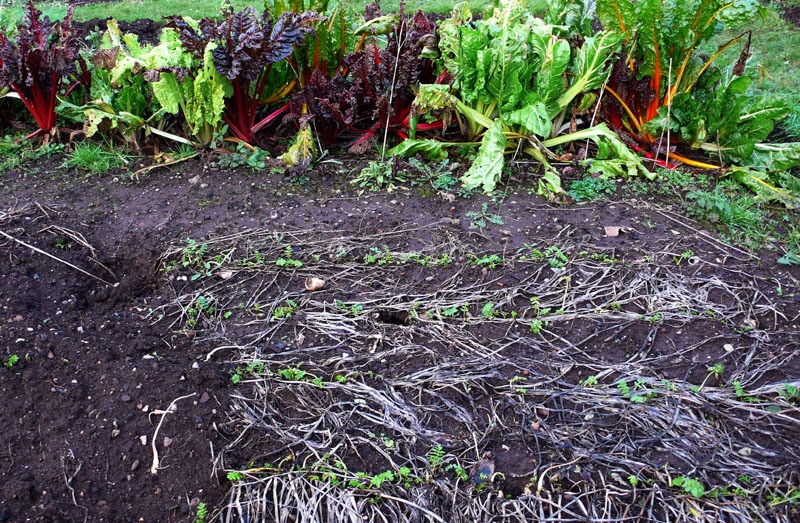 The rhubarb looks quite promising. I've put one plant under the forcer. 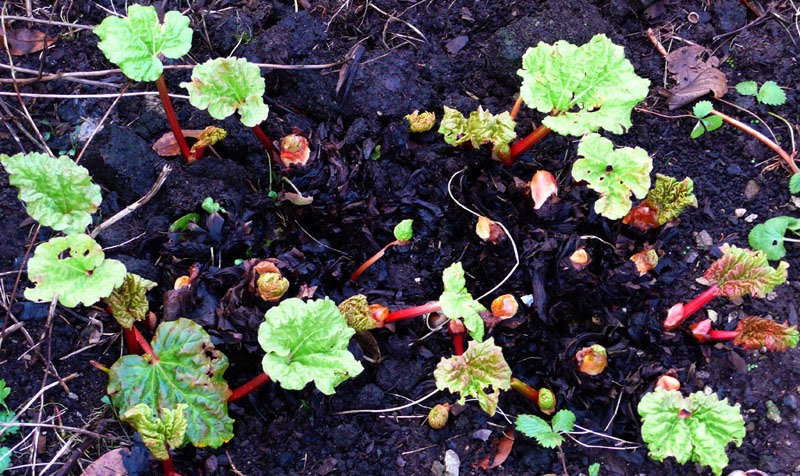 The 'Meyer' lemon in the greenhouse is a mass of fruit. The citrus trees struggle throughout the winter months, the leaves get covered in sooty mould and scale insects are a problem. 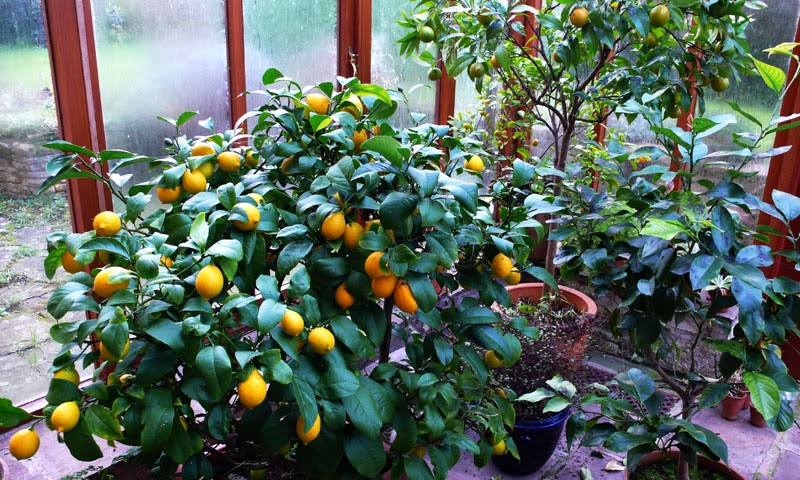 Like me they are unhappy in the cold and damp! 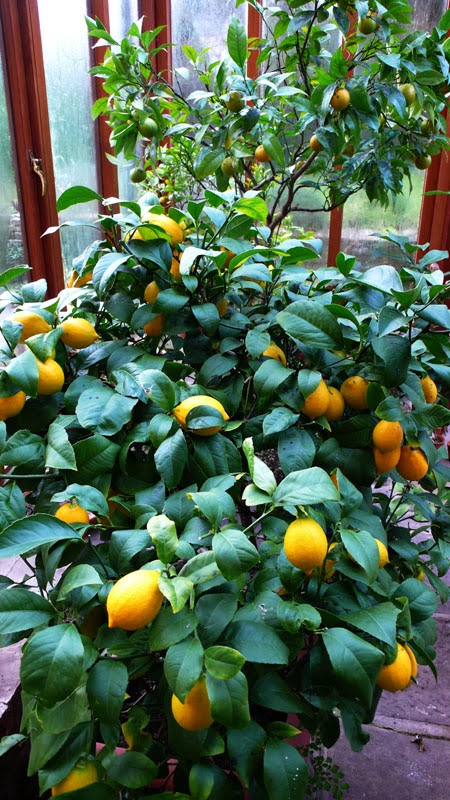 I wrap them up in fleece on cold nights. I would hate anything to happen to the 'Meyer' as it was a present from my father about twenty-five years ago. The other citrus trees I've brought back from holidays abroad. 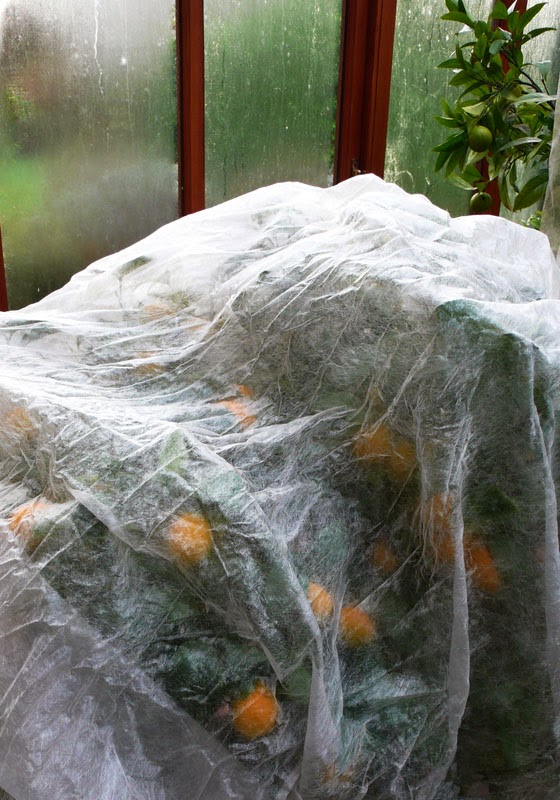 A major drawback is that the greenhouse attached to the house is in the shadow of our neighbours' trees throughout the winter when the sun is low. The aerial shot below was taken last September and the greenhouse, bottom left, is hidden by the deep shade of the blue cedars. 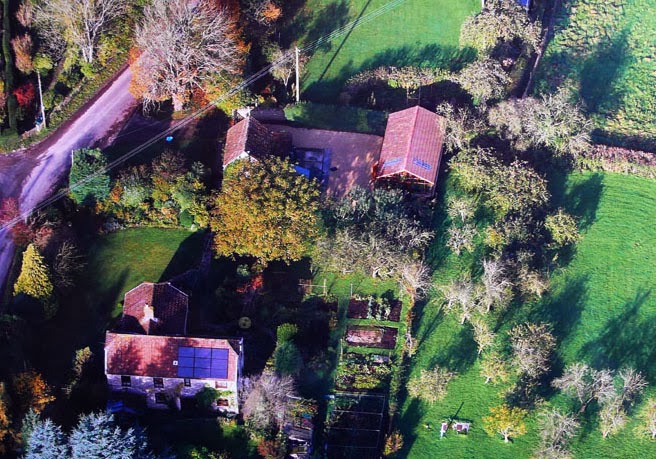 There's a bit of old carpet on one of the vegetable beds - I wish I had more. It's a great weed suppressant, I can just roll back the carpet when spring comes and the soil will be ready for planting!
Posted by Share my Garden at 13:49